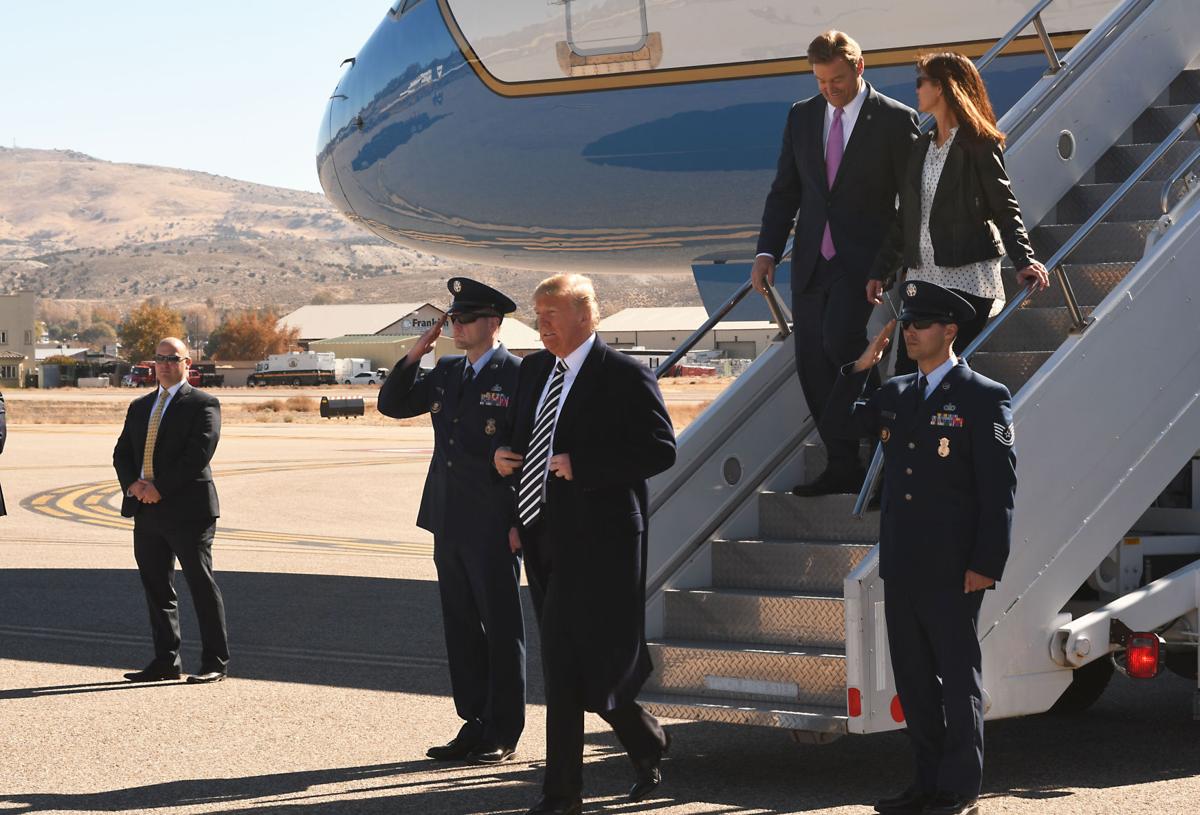 President Trump arrives in Elko on Oct. 22, 2018, along with then-senator Dean Heller. 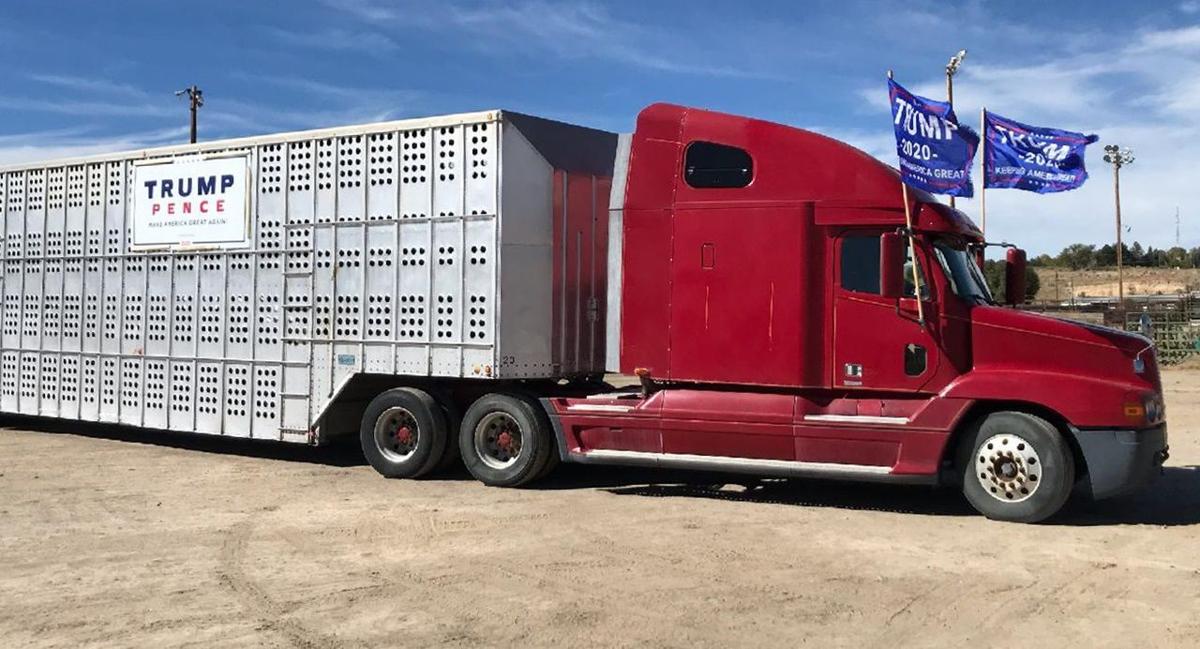 ELKO – The President is coming to town – again.

Elko County Republican Party Chairman Lee Hoffman confirmed the visit but had no details yet on time or crowd restrictions.

Elko Regional Airport Director Jim Foster said logistics are being worked out for the arrival of large aircraft. As far as the audience arrangements go, Foster said that will be the Trump campaign’s responsibility as host of the event.

When President Trump visited Nevada last month the cap was 50 people. The venue for his Sept. 12 rally was moved from Reno to the airport in Douglas County, and “thousands” attended, according to The Nevada Independent.

Trump also held an indoor rally in Las Vegas last month, and the City fined the event host $3,000. According to The Associated Press, Xtreme Manufacturing owner Donald Ahern was also fined $10,000 for hosting an “Evangelicals for Trump” rally.

“It’s interesting that if it’s a demonstration, it’s OK. If it’s a rally, it’s not OK,” Van told the AP. “There’s just inconsistent application of that declaration.”

In the 2016 election, Trump won by an 80% landslide in Elko County but lost statewide with 46% of the vote compared with Hillary Clinton’s 48%.

Trump did not campaign in Elko before that election, although his son Donald Trump Jr. did.

Trump’s Elko event had not been posted for ticket distribution on his campaign website as of Wednesday evening.

Get Election 2020 & Politics updates in your inbox!

Keep up on the latest in national and local politics as Election 2020 comes into focus.

ELKO – Citing economic successes, President Donald Trump led a crowd of about 8,500 in Elko on Saturday to drum up support for Republican cand…

ELKO – President Donald Trump has canceled his Elko rally and plans instead to speak in Carson City.

President Trump arrives in Elko on Oct. 22, 2018, along with then-senator Dean Heller.