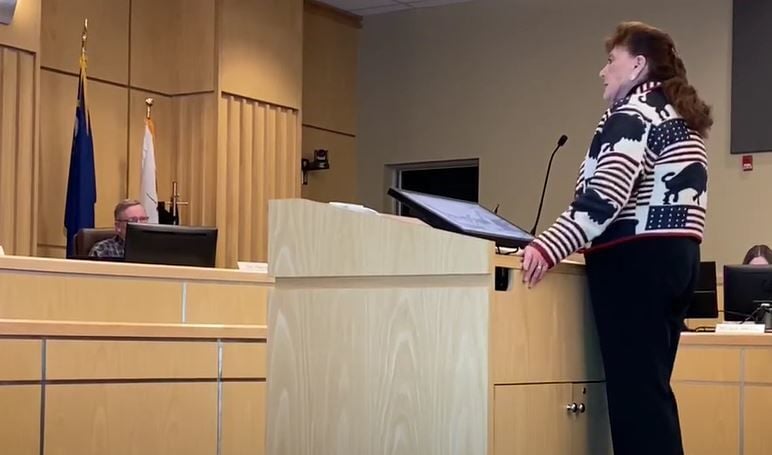 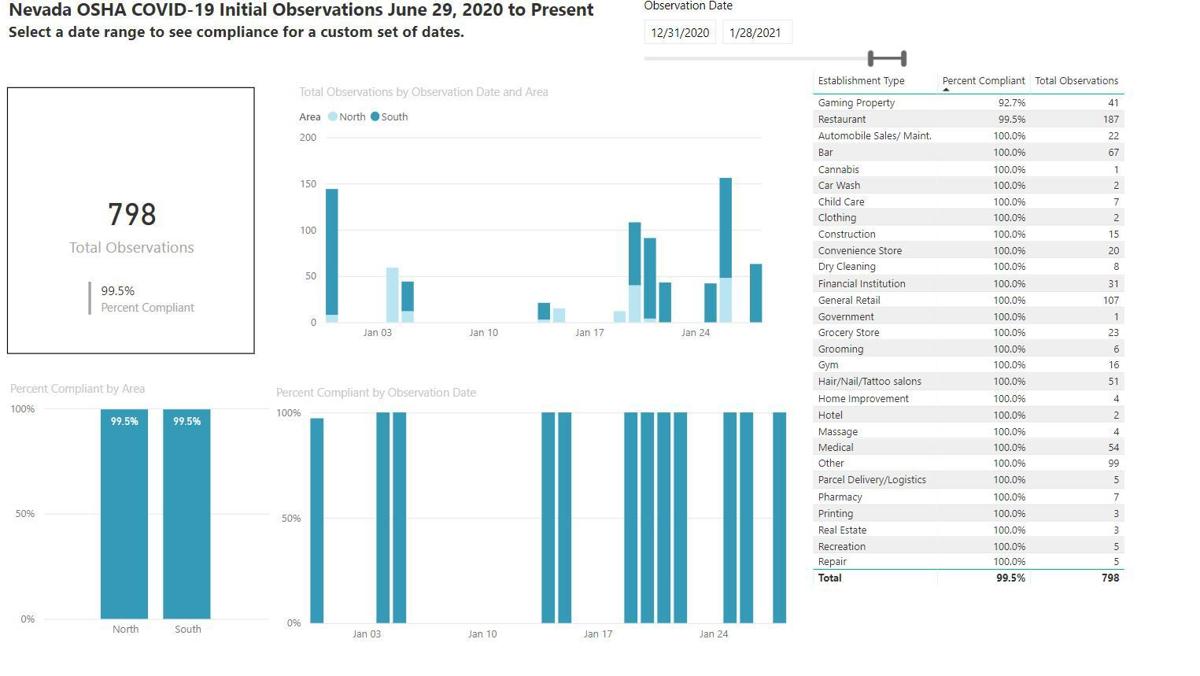 ELKO – A resolution that establishes a fund to support local businesses fined by state agencies regarding COVID-19 mandates is now accepting private donations.

Elko County Board of Commissioners unanimously approved the fund Wednesday, after proposing it in an earlier resolution approved a month ago.

The original resolution announced the County’s support of “the local economy and businesses impacted by COVID-19 restrictions.”

It also stated that the County would consider managing a fund that would take individual donations and use them to financially assist businesses fined by enforcement agencies, such as the Division of Industrial Relations, Nevada Occupational Safety and Health Administration.

The last Elko County business fined by Nevada OSHA was Owens Market & Ace Hardware in Carlin for $2,603 in November.

In August, two retail stores were penalized by OSHA. AutoZone was fined $9,694, and Russell Cellular was fined $3,470.

State OSHA officials haven’t done any inspections in Elko County over the past six weeks, according to the agency’s dashboard.

Commissioner Rex Steninger and County Manager Amanda Osborne clarified for the record that the County set up the fund to receive only private donations. It would not include any taxpayer monies.

Board chairman Jon Karr noted that two public e-comments received during the commissioners’ meeting were against the fund if it included taxpayer money.

A statement sent to the County on Feb. 2 from Jackpot resident Roberta Lineberry expressed her opposition to the special account. She said she believed “the Commissioners have no place” in the issue, adding that she resented “the thought that all the money and effort [for compliance to the mandates] are being disregarded.”

Lineberry said she “and many other Jackpot residents are extremely upset regarding the idea of fundraising to cover costs of fines to local businesses who do not comply with Gov. Sisolak’s mandates.”

Elko County Republican Party Chairman Lee Hoffman told commissioners he was ready to become the first contributor, pledging $100 after commissioners approved the motion made by Delmo Andreozzi and seconded by Cliff Eklund.

Hoffman said he supported the adoption of the County’s resolution and the fund, noting that OSHA citations were dwindling and “the need for this fund may be less that was perceived even a month ago.”

According to the OSHA Dashboard, Elko County ranks third in overall compliance with 93.2% between June 29 and Jan. 28, behind Storey and Pershing counties, which are 94.3% and 95.7%, respectively.

“Still, having said that,” Hoffman continued, “I think OSHA has been overzealous in many respects.”

Should the donations not be used, the County will track the donors and return the money, said assistant county manager and chief financial officer Cash Minor.

“We would like to see these policies continued, go forward with hope that we can get our country back, one way or another,” she said. “When you lose hope, you lose the ability and the will to stand up and do something.”

One resident questioned if the vaccines would relax some of the mandates. Ryndon resident Charles Schaer told commissioners he had been denied service at a local business for not wearing a mask although he had both vaccines and showed employees his immunization card and driver’s license to prove it.

“It’s quite interesting to have people say, ‘well, I don’t care about that,” or “it’s not good enough,’” he said. “You have the right to do that as a business owner, but the question is: Why are we spending and why are we pushing for [vaccinations] for people just to say ‘it’s not good enough’?”

Karr explained to Schaer the goal of the resolution was to relax restrictions on businesses.

A donation-only fund will support businesses hit with fines and penalties from state enforcement agencies.

LAS VEGAS – In response to the elevated community spread of COVID-19, the Division of Industrial Relations will focus compliance activities ov…

ELKO – An Elko County business was the only one in the state last week to be fined for a coronavirus violation. The citation came two weeks af…

A market in Eureka, located along “The Loneliest Road in America,” was one of two Nevada business cited last week by the Division of Industria…

Business owners are advised to check credentials when a Nevada OSHA inspector comes to visit, following reports of bogus officials showing up …

Nevada OSHA has issued a total of 191 notices of citation and penalty related to violations of required COVID-19 health and safety measures in effect since mid-March.

ELKO – Rural Nevada is ready to say goodbye to 2020, a year that will be remembered for the deadly coronavirus as well as tragic losses from v…

“Elko County recognizes its right, as stated in our Declaration of Independence, to confront the government when it has subjected its citizens to a “long train of abuses and usurpations” and our solemn duty to “throw off such Government” if those abuses are not corrected.

Proposed resolution asks Sisolak to ease up on businesses

The proposed resolution calls for the city’s staff to “research litigation opportunities that the city, or multiple political subdivisions of the state collaboratively, could pursue to provide relief for our local businesses.”

The penalty for willful violations where an employer knowingly failed to comply with OSHA standards is a minimum of $9,639 and a maximum of $136,532

The governor’s office has said that it did not call different venues telling them not to host Trump’s rally.

Another Walmart fined for COVID-19 violation

LAS VEGAS – Nevada’s Division of Industrial Relations has fined two more businesses for noncompliance with coronavirus directives, including a…

"For the majority, most people support me. They were happy they could still get services done."