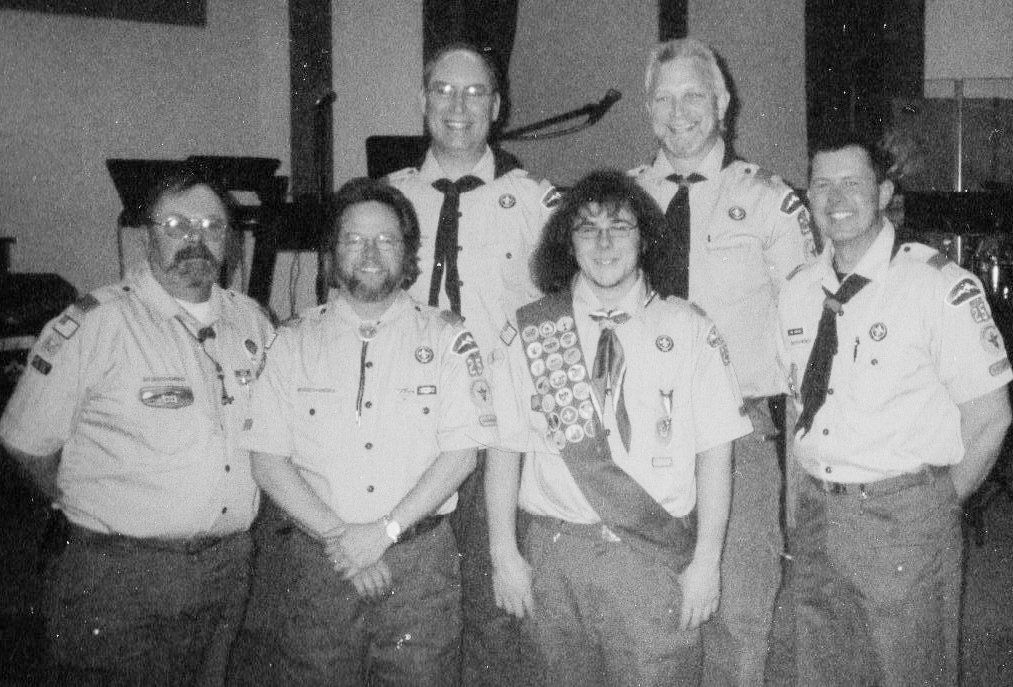 August 24, 1895: The peculiar autumn like haze which hangs over the mountains had led Nevada weather sharps to predict the early advent of Fall storms and cold weather.

August 23, 1920: The idea of “community spirit” entertained by some folks of Elko is to consider their neighbor’s belongings as common property.

August 25, 1920: A marriage license was issued this morning by County Clerk Keith to Manuel Aguirri and Angela Larrucea and their wedding will be held next Saturday. The bride just arrived from Spain to marry her boyhood love and the wedding will be quite an event in the Basque local circles.

August 27, 1920: Work on the track is going ahead rapidly. Yesterday the crowd at the baseball game between Elko and Montello was pleasantly surprised with the appearance of the Rodeo Park. Two buckaroos entertained the crowds trying out their broncos before the baseball game

August 23, 1945: The sale of the Pioneer hotel to Kenneth Scott, Elko county businessman and rancher, was confirmed in the district court by Judge James Dysart this morning. John Vukasinovich, executor of the estate of Mike Bielich, former owner of the property made the sale.

August 24, 1945: Horse owners and other participants in the forthcoming race feature of the Elko County Fair are shocked at news that Elko, Nevada, an important entry had to be destroyed by a bullet Tuesday. The animal, owned by Denny Daley and a couple of associates, was a 3-year-old sorrel stallion. It was stricken about Sunday with an attack of brain fever which soon got beyond the aid of veterinary science. On account of the sentimental quality of its name Elko, Nevada had acquired a larger share of good wishes in the race track fraternity than other entries.

August 27, 1945: The Club Elko and Elko Hotel have been sold to Mr. and Mrs. William Rahas, it was announced today. The sale was made by the present owners Mrs. Gemma Puccinelli Biancani, Adolph Biancani, Lido A. Puccinelli and Leo J. Puccinelli. The hotel was built in 1905 and 1906 by Andrew Puccinelli, now deceased. In the beginning Andrew Puccinelli was associated in the business with Gus Puccinelli and Joseph Fratini. Throughout the years, until 1937, meals were served in the hotel. During the time that meals were served the food was widely acclaimed and many large banquets were held there.

August 26, 1970: A bevy of local beauty queens is currently working hard each night in the Frontier Lounge of the Commercial Hotel in preparation for the Miss Elko County Pageant, which will be held Friday. Eleven girls ae seeking the title this year and are being assisted in their practice sessions by contestant co-ordinators, Mrs. Crystal Van DerDussen and Mrs. Jackie Meeks. Dr. John Martin will be the MC for the pageant. Music for the occasion is being donated by Garn Littledyke and his group. The new Miss Elko County will be announced at the Pep Rally on Monday evening at the city park. Girls seeking the title and their sponsors are: Jeffrie White, Elko Chamber of Commerce; Vicki Jayo, Elko Jaycees; Cathy Oldham, Civic Club; Deborah Traher, Soroptimist Club; Nancy McFarlane, Elko Basque Club; Cheryl Rowe, VFW; Susan Redford, BPOE No, 1472; Sherry Sheerin, American Legion; Nita Ballinger, Carlin Lions Club; Lorayne Paoletti, Elko Lions Club.

August 28, 1970: Rain fell with spectacular fury yesterday afternoon to dump 4.13 inches of water – nearly half the normal precipitation for a full year – in a period of less than two hours. Rampaging water surged down streets and alleys and across yards into basements and buildings throughout the city in the wake of the thunderstorm. The U.S. Weather Bureau reported the downpour was the most intense storm in the city’s history; reports of flood damage were received from nearly all parts of the city.

August 23, 1995: The main house of the Walther Ranch in Huntington Valley is a possible successor to the Tobar Railroad Station, recently razed during the Battle Creek fire, which was scheduled to be moved to Elko as an office for the Elko Chamber of Commerce. The 4,600 -square-foot building was originally built of Bristlecone pine logs in 1903 by German immigrant Valentine Walther and his friend Nick Scott.

August 26, 1995: A new 256-seat theater is scheduled to open next month at Northern Nevada Community College. The theater is funded by the NNCC Foundation and the University of Nevada. The theater’s grand opening event will be a Silver Stage Players production of “Damn Yankees” Oct. 27-28 and Nov. 3-4.