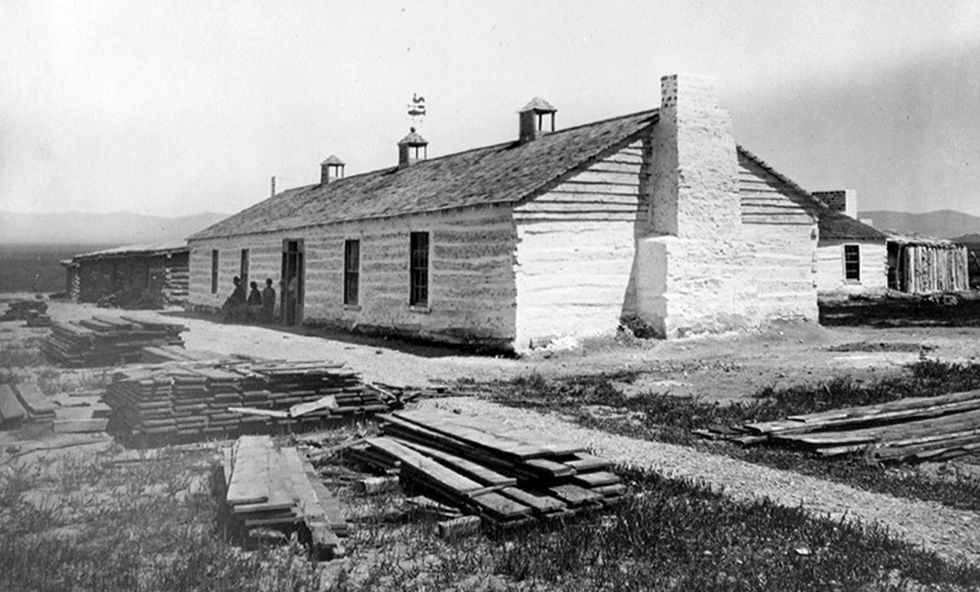 December 28, 1895: Young Tom Short of Mardis district, had both hands badly frozen last Sunday while hauling wood. His sled tipped over in such a manner that his hands were caught under one side of it. He was unable to extract them, and before help arrived, his fingers were badly frozen. Sheriff Mateer and Attorney Farrington, who were in that section, tried to bring him with them to Elko, but owing to the smallness of their cutter and bad roads, had to leave him at Jessen’s. They then continued on their way until they met Harry Lidyard, whom they hired to go back and bring Short to Deeth. He arrived at the hospital Wednesday night. Persons intending to apply for teacher’s certificates will take notice that the next examination will begin on Monday morning, January 13, 1896.

December 27, 1920: The following communication has been received by the Free Press and we are glad to print it. This writer brings out facts which have been overlooked in the fight over the purchase of the water works. “We are buying land for a public landing field for airplanes. This landing field may not, to many at this moment, seem necessary, but when the thousands of tourists who now travel by motor cars change from dusty, dirty travel on the roads to the air and you will see dozens of machines landing every day you then will be convinced that this field is an absolute necessity. Next, we are buying land for a park, the necessity for which is surely apparent to all who have lived in towns with a park. Next, we need an athletic field, and here again in the four hundred acres inside the town limits, we can select a fine athletic field. We need a county fair grounds and Elko will be in a fine position to furnish the county with all the land it can use for a mile track.

December 29, 1920: Mr. and Mrs. Carl Supp, who were united in marriage here Monday evening, left yesterday for Wells where they will make their future home.

December 31, 1920: About two and a half feet of snow fell in Lamoille last week. It made things interesting for a while. We are all thankful to little Dick Bellinger, who took his team and snow plow and made trails so the little folks and big ones as well could get to the store and post office.

December 28, 1945: The kids can leave skies, sleds and skates in the garage for a few days according to a report from the local weather bureau. And mama can’t wait until next week to do her washing. The weather man thinks there will be more light rain or snow over the weekend. The total amount of precipitation for Elko since Christmas eve has been 1.37 inches, which fell in the form of rain or wet snow. The largest amount of snow on the ground at any time was on Christmas day when 4.4 inches were measured, which is just over your shoe tops.

December 31, 1945: Kid Reconversion of 1946 takes the stage at midnight. Burdened as few years have ever been in history, 1945 steps willingly aside, proud of its major achievement, the ending of World War II, but a little dubious about its greatest gift to mankind – atomic energy. Elko county prepared today to give a rousing welcome to the new year, an event which will eclipse in joy any of the last four new years, when the world was beset by war. Tonight will be a time of rejoicing, a period of good cheer, as everyone is looking forward to 1946 as the year which will bring them many of the things which were denied.

December 31, 1945: Gib Landell, who operated the Elko Super Service at the east end of Elko for several years is back in Business at the Texaco Circle Service on the corner of Third and Idaho streets. Mrs. Landell and their three boys, Gibbie, Mike and Pat ae still living in San Jose, Calif., but plan to move to Elko as soon as a home can be secured. Toby Hammond is back managing the Richfield Service Station on the corner of Fourth and Idaho streets, after taking time out to become part of Uncle Sam’s navy. Hammond was in charge of the service station before entering the service and is well known throughout this section of Nevada.

December 29, 1970: The official countdown for the first baby of the year began today as a list of prizes by local merchants for the 15th Baby of the Year Contest” was announced. As they have for the past 14 years, Elko merchants have donated a host of prizes to be given the first arrival of the new year and the baby’s parents. A total of 13 merchants are offering gifts to Elko County’s Baby of the Year for 1971.

December 30, 1970: Noisemakers, hats and other appropriate paraphernalia will be available for Elko area residents and visitors who plan to celebrate the arrival of the New Year in the downtown casinos, according to a survey conducted today. Spokesmen for the city’s three leading nightspots – Commercial Hotel, Stockmen’s Motor Hotel and Ranchinn Motor Lodge – said today they planned to have the trappings for New Year Eve celebrants on hand in abundance.

January 2, 1971: Mr. and Mrs. Celso Yraguen of Carlin and daughters Lori, Ellen and JoAnn spent the Christmas Holiday in Winnemucca at the home of Mrs. Yraguen’s parents, Mr. and Mrs. Joe Peluaga.

December 29, 1995: Elko and Spring Creek High School’s varsity basketball met for the first time yesterday in consolation bracket action at the Capitol Classic in Carson City. Elko mirrored its football team and claimed the win 82-46, in the inaugural game between the two schools. Elko coach Chris Klekas said he and Spring Creek coach Jim Haskins were both aware of the historical significance of the game. “Both Jim and I were saying it was too bad we had to play the first one down here,” Klekas noted. “In ten years, you’ll remember the first game,” Klekas told his players.

December 30, 1995: Nevada’s longest-running high school sports broadcasting team will click off the microphones for probably the last time tomorrow when Elko’s Ernie Hall and Len Holdren retire from the airwaves. The pair has a combination of 67 years of Elko radio journalism between them. “We’ve had a lot of fun,” said Hall, who along with Holdren became synonymous with EHS sports.

Eureka, sometimes called the “Pittsburgh of the West," was the West’s largest and most important smelting center