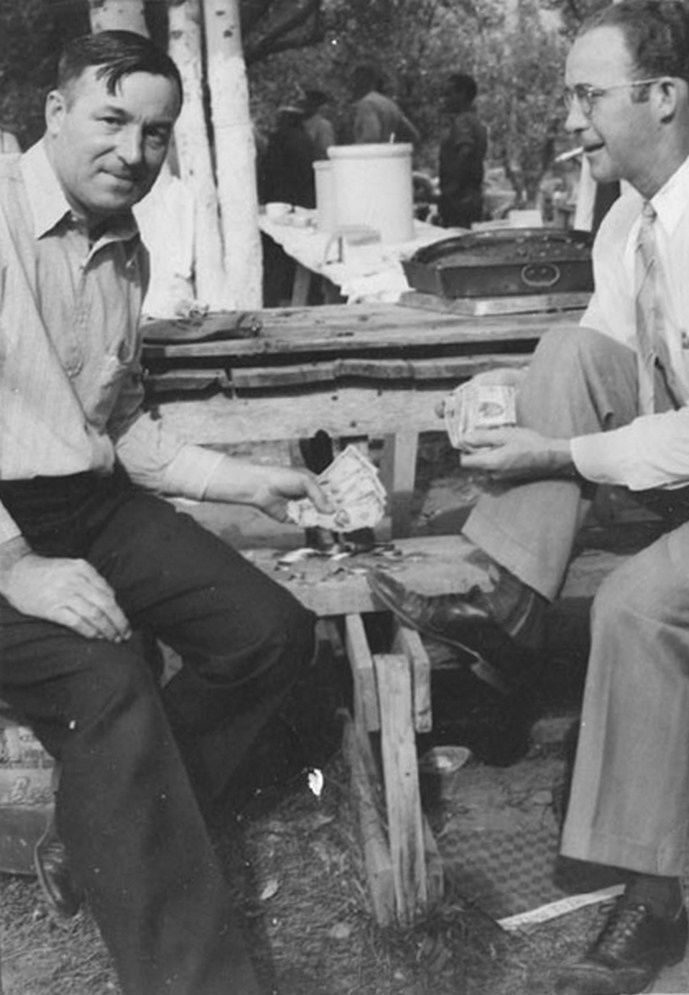 September 7, 1895: The Elko public school opened last Monday morning under most favorable circumstances. There are 91 pupils enrolled – 34 in the grammar department; 29 in the intermediate and 28 in the primary. This number will be considerably increased when the families now out of town return for the winter.

Two or three runaways this week. One buggy knocked into kindling wood and several awning posts pulled out, but no one hurt.

Geo. Grant took his 10-horse team to Bullion Thursday to begin hauling ore to the railroad.

100 YEARS AGOSeptember 6, 1920: A highly successful and wonderfully interesting fair was held by the people of Starr Valley as a forerunner of the great Elko county fair. The hundreds who journeyed to Starr to see the splendid display were pleasantly surprised for the exhibitions were greater than was anticipated and the management of the fair was such as to commend it to all who went to Starr.

September 10, 1920: From all corners of the state comes the realization that the Elko county fair which will start one week from today will be the greatest attraction in the state in 1920. The much advertised and greatly heralded California state fair, an annual event in Sacramento, will be small in proportion to the Elko county fair. Practically every citizen of this county gave his whole-souled support to the project after it had been made clear just what it was and what it meant to the county and to the state. The racing committee of the Elko county fair announces that thus far nine men have entered horses in the races to be held at the rodeo grounds. The horses will run in the valuable Elko County Derby, as well as in the smaller races. The men who have entered horses include M.M. Rockwell, J.H. Hayward, H.M. Crow, Bob Gulley, Lee Hylton, Elbert Anderson, Fred Voight and John McKenna.

75 YEARS AGOSeptember 6, 1945: At least six teachers in the Elko grammar school are contemplating giving up their positions here unless they can obtain rooms. They are now living in hotel rooms, where the cost is naturally excessive. They cannot continue to stay here under such conditions and unless rooms are secured for them in private homes immediately Elko will lose them. It is a desperate emergency. We do not want these teachers to have to move, facing the possibility that they will be replaced by some having less ability and with the even more dangerous possibility that we will not be able to secure teachers for our children to take their places. Do you have an extra room, which might be rented to one of these teachers? Please consider it your duty to your community to open your home to one or two of them, if it is at all possible.

September 10, 1945: Mr. Mrs. Orville Wilson and son have returned to Elko, where Mr. Wilson will resume his law activities as a partner of Milton B. Badt. He has been with the FBI since the beginning of the war, his last assignment being at Tacoma, Wash. They are seeking a home.

50 YEARS AGOSeptember 8, 1970: The University of Nevada Board of Regents may be interested in acquiring the old golf course land and using it for the site of a community college, City Manager Jack Sutherland announced. He said that Dr. Charles Donnelly, head of the Nevada Community College System, contacted him and asked if the land had been disposed of and if it was negotiable. Sutherland explained that the college already owns land about three miles from the city, but a closer location would be preferable.

September 9, 1970: A triple dedication ceremony highlighted the Golden Anniversary of the First Transcontinental Airmail celebrated yesterday at the Elko airport. Dedication was held for a historical marker in recognition of the Elko airport being the terminus of the first commercial airmail flight in the United States. K.C. Jones, area community relations director for United Air Lines dedicated the marker, outlining the history of the historic flight of April 6, 1926, when Varney Air Lines, predecessor of United Air Lines flew the first commercial airmail flight in the United States from Pasco, Wash., to Elko, stopping at Boise for gas and mail. Mayor Frank Weinrach dedicated the new airport terminal building in memory of those pioneers who lived and died fostering and developing aviation in Elko. Following the dedication ceremonies, a plane flown by Sheriff Jess Harris brought special airmail from Salt Lake City and one flown by C.B. Handwright brought special anniversary mail from Reno. The pouches were picked up by Walt James as a Pony Express rider and delivered to Postmaster Antoine Primeaux.

September 10, 1970: U.S. Senator Alan Bible yesterday became an honorary member of the Shoshone-Paiute Tribe at Owyhee at the dedication of the new $2.5 million Wildhorse Dam in northern Elko County. Sen. Bible became the third honorary member of the Shoshone-Paiute Tribe during special ceremonies at Owyhee following a venison and beef barbeque served by residents of the Duck Valley Indian Reservation. The new structure replaces an old dam and approximately doubles the capacity of Wildhorse Reservoir. The enlarged reservoir will store Owyhee River irrigation water for the Duck Valley Reservation.

25 YEARS AGOSeptember 11, 1995: Local historians are planning a tour of the Donner-Reed Trail north of Wendover this Saturday, according to Paul Sawyer. The tour will assemble at the Bonneville Service Station and Café. Tour highlights will include Floating Island, an area where some emigrants were forced to abandon their wagons on the Salt Flats; Silver Island, where wagon tracks still are visible; Donner-Reed Pass; Donner Springs, where the wagons encountered the first fresh water in 83 miles and Bidwell Pass, where the wagons left the desert and entered Nevada. High clearance, four-wheel drive vehicles ae recommended for the 100-mile tour over dirt roads. In addition, Sawyer advised people to bring Citizen Band radios so they can hear the commentary offered by tour directors.