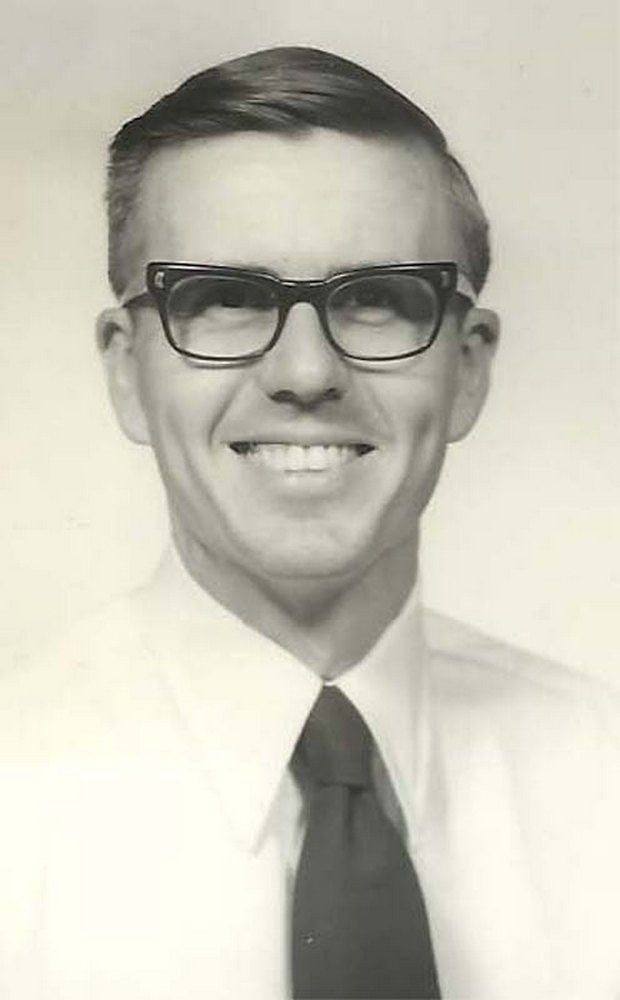 Anyone able to identify this week’s mystery photo from the Northeastern Nevada Museum’s unidentified photo collection is asked to contact the museum at 738-3418, ext. 102, or archives@museumelko.org. Kathy Taylor and Veronica Mendive identified the Sept. 4 Mystery Photo as banker Alton “Butch” Parker. 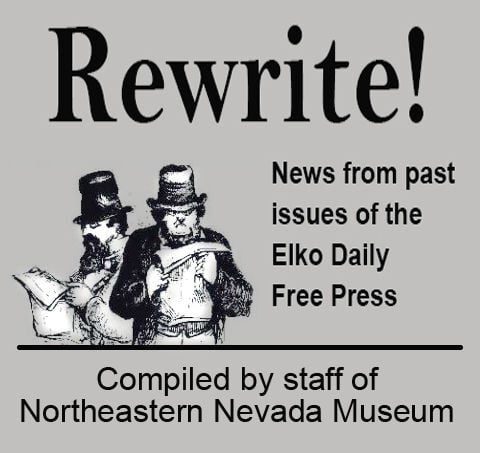 H.M. Reed, who aspires to the position of long term county commissioner, besides being one of our best and most substantial citizens, is one of the old guard. Enlisting on the 10th day of August, 1861, he formed one of that gallant band of soldiers known as Company C, Eighth Iowa Veteran Volunteers – Infantry. He served until the 8th day of May, 1865. During this time he was in many hard-fought battles, notably Shilo, Vicksburg, Pleasant Plain, and the siege of Black River. In the spring of 1872 Mr. Reed came to Nevada, locating in Pleasant Valley. From there he went to his present home – Reed’s Station, where he has resided for 18 years. He now asks the voters of Elko county to consider his name in connection of the office of long term county commissioner, believing that he can fill the duties well and faithfully.

100 YEARS AGOSeptember 5, 1921: One day last week Deputy State Engineer B.G. McBride, Chas. Stevenson and Chas. Reinkin climbed the slope of one of the Ruby mountain peaks to examine a reported fissure which can be seen from the town of Lamoille. It was late in the evening before they reached and found the fissure and from their description this fissure is the result of the earthquake just a few years ago, when eastern Nevada was shaken up considerable. The fissure is about 500 feet long and appears on the side of the mountain. It is from three to eight feet wide and apparently has no bottom, the sound from dropping rocks dying away as they strike the sides of the walls. Flaming brush burns freely as far down as the eye can see, and there seems to be a strong draft coming from below.

September 7, 1921: The Metropolis district, in the eastern part of the county, is one of the most thickly populated districts in the county, and is a comparatively new district, but a few years ago being raw sagebrush lands. Today it is a rich farming community, settled by thrifty Mormons. But the district is not wealthy enough to carry the burden of maintaining their schools and they have come to the board of county commissioners for assistance. Yesterday two of the directors, L.F. Hatch and Mrs. Hill appeared before the board and asked for assistance for the coming year. They said that on the opening day of the high school there were thirty-two pupils enrolled and ninety in the grammar school. They have three teachers in each school, and their funds will become exhausted at the first of the year.

September 9, 1921: A big bouncing baby boy was born Monday to the wife of Morris Guldager of Ruby Valley, the second birth to occur at the county general hospital.

75 YEARS AGO September 5, 1946: Twenty-one persons were killed, while a two year-old baby boy escaped miraculously when a giant Trans-Lux airliner crashed two and one-half miles west of Elko this morning shortly after 1:21 o’clock. A dense fog and a beacon light apparently led to the tragic crash, with the pilot thinking he was landing at the Elko airport. At 1:21 a.m. the pilot contacted CAA officials in charge at the Elko office. He was over the range station, about a half mile north of the airport. He said he had the field in sight and intended to land. The pilot was asked to call the CAA office when he landed. The call never came. At 2:04 o’clock, an eastbound United Air Lines plane reported to George Sutherland, Jr., who was on duty at the local airport, that it had spotted a fire west of the Elko airport. The plane was on a hill about 250 feet higher than the highway, near the beacon light, directly west of the Elko airport, about two and a half miles. Robley Burns, Earl Shobe, CAA employee, and Sutherland started west to see if they could find the fire. They were joined by the County Fire Warden Irvin L. Ambler. A baby boy of 2-years had escaped miraculously from the wreck. He was discovered in the sagebrush about 200 feet from the plane.

50 YEARS AGOSeptember 7, 1971: Gov. Mike O’Callaghan today appointed Dale Porter Jr., of Elko, to the Nevada Racing Commission, replacing Charles Evans, also of Elko. “The Racing Commission’s responsibility is one of the most important in Nevada,” O’Callaghan declared. “It oversees a sport that is enjoyed by the citizens of many communities and which produces substantial revenues.”

September 8, 1971: The prep football season will begin locally Friday, when the 1971 version of the Elko Indians host arch rival White Pine in a Nevada “AA” Conference game. It will be a young Indian squad that takes the field for the season opener, as 24 members of last year’s team have graduated. Elko will have just nine lettermen suited up when the teams line up for the kickoff. Head coach Jerry Hassett said he and his assistant Jim Spelgatti feel the team has the talent and ability to come up with a winning record. The probable starters for Elko on offense: Senior Mitch Moiola at center; seniors Hal Barkdull and John Jackson at guards; senior Rusty Jardine and junior Lyle Yowell at tackles; senior Charles Williams and junior John Johnson at ends; junior Danny Jayo at quarterback; seniors Pete Jones and Paul Guisti as halfbacks; and senior John Carpenter at fullback. On defense the tentative starters are: senior Marc Bartorelli and junior Scott Carpenter at ends; seniors Ron TerBush and Jardine at tackles; sophomore Earl Prunty at middle guard; senior Harry Hesselgesser and junior Norman Hennigan at linebackers; seniors Jones and Steve Bloxham at cornerbacks; and junior Randy Seal and sophomore Gary Peterson at safeties.

25 YEARS AGOSeptember 7, 1996: Elko Sheriff Neil Harris and wife, Janell plan to open Elko’s first indoor shooting range on Browning Circle. The Harrises are working out an agreement with Larry and Heidi Ortman, owners of the 7 ½ -acre site, for a one-acre parcel that will be surrounded by other commercial industries. Neil’s Powder House will consist of 20 lanes at 25 yards and eight lanes at 15 yards. It will be open in the first part of next year, Harris said. The building and each range will be granite-filled block to eliminate noise.

125 YEARS AGOSeptember 26, 1896: Gardner & Son have taken a contract to repair the Court-house. The interior will be put in first-class sh…

On a hunting trip across northern Nevada on state highway 789, between Golconda and the Tuscarora Mountains, I came to the site of what is lef…

Anyone able to identify this week’s mystery photo from the Northeastern Nevada Museum’s unidentified photo collection is asked to contact the museum at 738-3418, ext. 102, or archives@museumelko.org. Kathy Taylor and Veronica Mendive identified the Sept. 4 Mystery Photo as banker Alton “Butch” Parker.