Rewrite: News from past issues
0 comments
Share this
{{featured_button_text}}
1 of 2 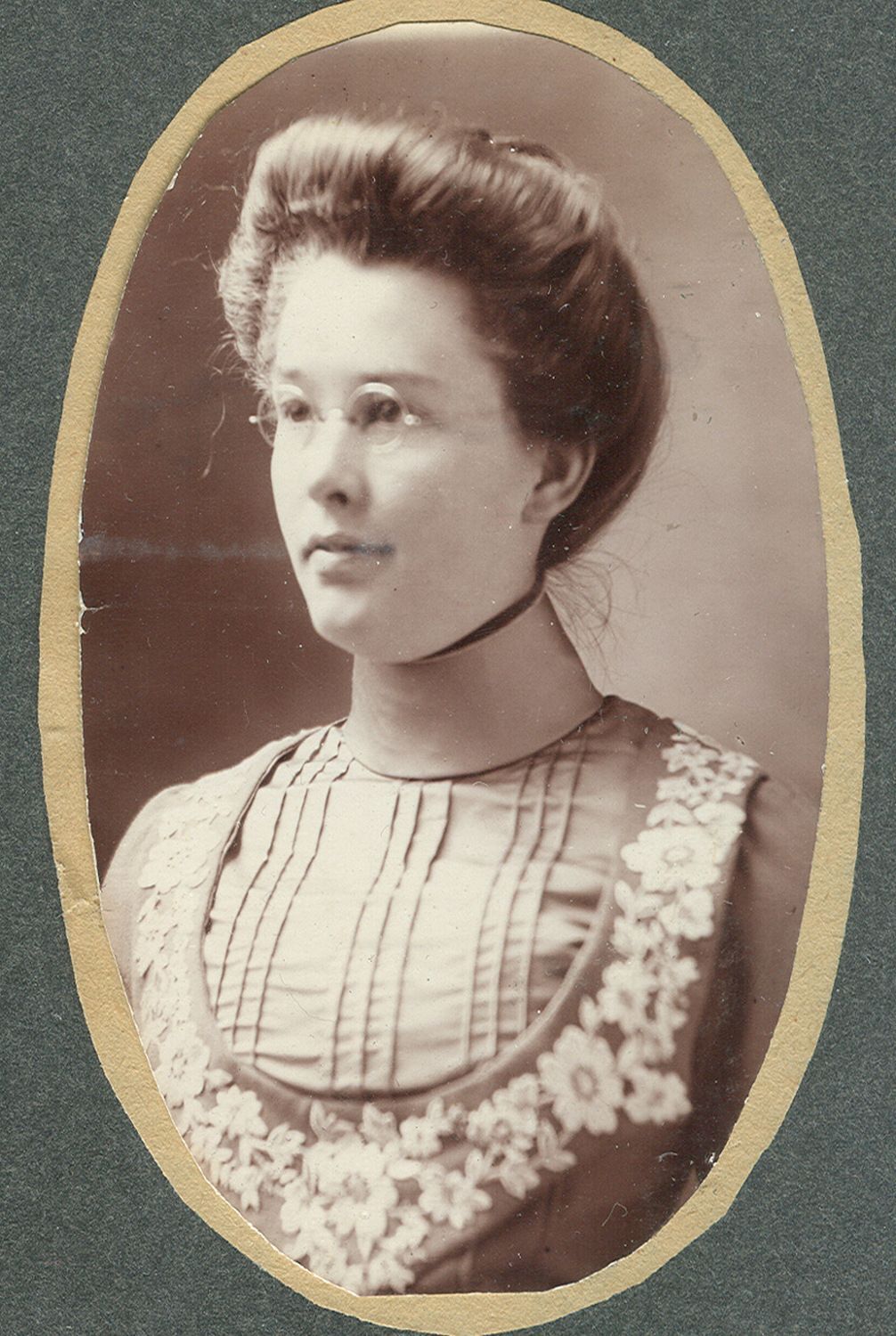 Anyone able to identify this week’s mystery photo from the Northeastern Nevada Museum’s unidentified photo collection is asked to contact the museum at 738-3418, ext. 102, or archives@museumelko.org. The fireman in the driver’s seat of the Feb. 6, 2021, Mystery Photo was identified as Alexander Campbell, great-grandpa to Cody Krenka. The Fire Station was located in the vicinity of where the Elko City Water Dept. is now.

February 8, 1896: Acting Governor Sadler has appointed A.W. Hesson of Elko, as a member of the State Board of Agriculture, for the term of four years. Governor Sadler could not have made a better selection, as Mr. Hesson takes a great deal of interest in agriculture and stock raising. He is one of the best posted men in the county and will be an excellent member of the State Board.

Owyhee Lodge Knights of Pythias of Tuscarora will celebrate the 33rd anniversary of the Order by giving a grand ball on the 19th of this month.

100 YEARS AGO February 7, 1921: John McDermott came down from Halleck this morning and reports that it was thirty-five below at that place last night. Halleck has the reputation of being the coldest place in Nevada.

February 9, 1921: C.M. Pennock, who just returned from the western part of the state announced this morning that he had made arrangements for twelve Chinese pheasants from Lyon county to be sent here, and the birds will be distributed two pair in Starr Valley, on the Joe Johnston ranch, two pair at Lamoille valley and two pair in South Fork valley. Later on more birds will be shipped in and planted in other valleys under the direction of the Elko Fish & Game Club. It is believed that in a few years Elko county hunters will be able to enjoy good hunting.

February 13, 1921: Yesterday afternoon the streets of Elko were nearly afloat from the water which came pouring down from off the hills north of town, and for a time it looked as if the cellars and basements of the business section of the town would be flooded. The water was due to a break in the flood ditch north of town which conveys the water from the hills, east to the big ditch near the wool warehouse. When the aviation field was leveled off last fall, the contractors paid no attention to the flood ditch across one end, but filled it level and when the flood water came off the hills it was diverted onto the main street. The only institution injured was the grammar school, the water flooding the basement, putting out the fire and consequently there is no school today.

75 YEARS AGO February 8, 1946: A further consolidation of the Crumley ranch interests along the North Fork was revealed today with the announcement that the Crumleys have purchased the Truett ranch. The holdings, including 4,000 acres, were sold by Mr. and Mr. G.E. “Bud” Truett and their son, Gail Truett to Newton Crumley, Sr. and Newton Crumley, Jr. The property adjoins other ranch holdings belonging to the Crumleys near the North Fork. On November 23, the purchase of the C.A. Sewell ranch, formerly the Saval and Tremewan properties, by the Crumleys was announced. Prior to this they had bought the Kearns, Bellinger, Nuchols and Evans places. The new property boosts their holding to 48,000 acres along the North Fork.

February 11, 1946: Paul Sawyer and Jack McAdam today announced their appointment as Chrysler Plymouth dealers, and the opening of their new garage and show rooms. The new firm will be known as the Nevada Motor Company. The firm has taken over the site formerly occupied by the Hyland Chevrolet Company and have completely redecorated the interior. The basement has been remodeled for car storage. James McKennon has been appointed shop foreman and will be in charge of the garage repair and service departments.

February 12, 1946: Route carriers of the Elko Daily Free Press were entertained at the annual luncheon at the Stockmen’s Hotel recently. Ralph Gamboa was the honoree at the luncheon on the4 completion of his second year of service. A cake was inscribed in his honor. Also present were Jimmy McKennon, Kenneth Baumgardner, Don Baumgardner, Norman Peters, Warren Walters, Tommy Brehe, Gene Petersen. Paper carriers no able to attend were Gordon Petersen and John Lokkern.

50 YEARS AGO February 9, 1971: Ten women selected as prospective grand jurors for the Elko District Court are the first females in the history of the Elko courts to be chosen to serve on that jury, said Judge Joseph O. McDaniel. The 10 names were among 36 drawn recently by the Board of County Commissioners. Of the 36, 17 will be chosen to serve on the grand jury and 12 will be selected as alternates. The women were: Kathryn Ward Chilton, Elko; Geraldine Digrazia, Wells; Alice Goicoechea, North Fork; Marguerite N. Hardie, Elko; Verna Hernandez, Elko; Nida Quilici, Wells; Barbara A. Read, Elko; Rhonda Lee Simpkins, Carlin; Bessie G. Winchell, Wells; and Elizabeth R. Yowell, Elko.

February 10, 1971: Jess Lopategui was installed as 1971 president of the Elko Euzkaldunak Club at the group’s January meeting. Elected to serve with him were Jim Ithurralde, vice president; Evelyn Urrizaga, secretary; Anita Peterson, treasurer; Directors, Isidro Fagoaga, Fred Zaga and Jim Wright. The new president announced that a bi-lingual bulletin, “Euzkorria”, will be issued quarterly. This, in addition to the Basque language program heard over KELK, Sundays at 1 pm, will serve to keep the over 300 members informed of club activities and Basque, Lopategui said.

25 YEARS AGO February 9, 1996: Barrick Goldstrike Mines, Inc. has donated $50,000 for the completion of three new soccer fields at Elko’s Mountain View Park. The new fields will be three different sizes to accommodate small children to adults and will be located east of the two existing soccer fields near Mountain View Elementary School. The Elko area has 72 teams and 258 members in the American Youth Soccer Organization and a shortage of places for people to practice and to play, according to Barrick.

February 13, 1996: Vince Juaristi, son of Joe and Rosy Juaristi of Elko, has been chosen as a research fellow in the Kennedy School of Government at Harvard University. Juaristi entered the Kennedy School on a scholarship in September. His primary area of concentration has been housing, urban development and welfare, though he also dabbles in international policies and institutions. Juaristi will graduate from Harvard in June with a master’s degree in public policy.

Nurses: The Heart of Health Care

Probe shows WHO knew of sex claims in Congo

Probe shows WHO knew of sex claims in Congo

US calls for deescalation in Gaza

US calls for deescalation in Gaza

Prior to 1862, Central Nevada was a vast and unexplored area. Native American Indians, Pony Express riders and overland mail personnel were th…

Anyone able to identify this week’s mystery photo from the Northeastern Nevada Museum’s unidentified photo collection is asked to contact the museum at 738-3418, ext. 102, or archives@museumelko.org. The fireman in the driver’s seat of the Feb. 6, 2021, Mystery Photo was identified as Alexander Campbell, great-grandpa to Cody Krenka. The Fire Station was located in the vicinity of where the Elko City Water Dept. is now.