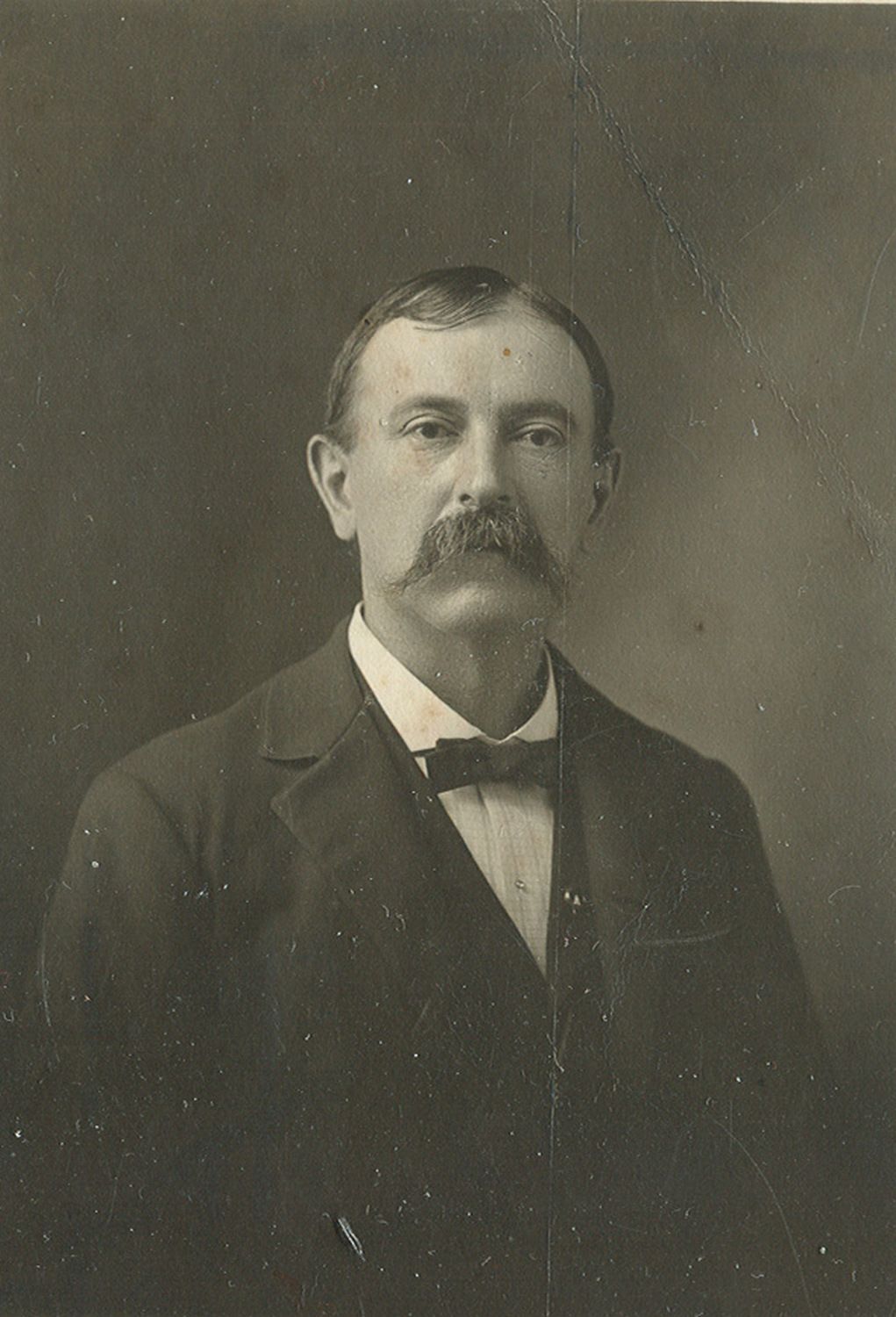 April 25, 1896: Ira D. Wines and wife came Wednesday evening on the Tabernacle Choir special and stopped over. A large crowd assembled at the depot to witness the treat of the arrival of the Salt Lake City Tabernacle Choir. Messers. Ostreicher & Mayer made the necessary preparations for an elegant spread to which 247 did ample justice, this being the first chance to eat after Reno. While the first party was satisfying their appetites, a number gathered around the piano and favored us with three songs, closing with one that is always inspiring to patriots. The singing was the finest we ever had the pleasure of listening to. At 12 o’clock midnight, they started on their homeward journey amid cheers and waving of handkerchiefs.

Twenty thousand sheep are being shorn at the Hot Springs bridge.

Warning – Complaints are being made by the citizens about cows running at large destroying their lawns and trees. There is a law against such, if it will not stop then some body’s cow will come up missing at milking time.

April 25, 1921: The Woodmen of the World postponed their trip to Lamoille Saturday evening owing to the storm which made the roads impassable. They are going out next Saturday night to initiate the class of candidates who have joined the growing order, making over a hundred members.

April 29, 1921: Sunday is the opening day of the fishing season and every fisherman, old and young, is planning to be out after the members of the finny tribe. The weatherman predicts “rain or snow and colder for Saturday and Sunday,” but he is so unreliable that the fishermen are going ahead in the hopes that he will be wrong. The warm spell of the last few days has started the water down from the mountains and most of the streams are now running bank full. The outlook of good fishing on the opening day is not very good, but this will not prevent the enthusiastics from wetting a line and getting out in the open.

April 28, 1946: Mr. and Mrs. Bert Fox are opening the Fox Studio in the basement of the Pioneer building, May 1. They are from Salt Lake City, although Mr. Fox is a former Elko resident. They will do various types of photography but will specialize on portrait work.

April 29, 1946: Repeating their surprise performance of 1945 and led by Bill Smales, who took four first places, one second, two fourths as well as running a lap in the relay, the Elko track team won the Yerington 20-30 Relays in Yerington. Held in perfect weather, and before a big crowd, the meet attracted entries from 13 schools. Smales tore off a very fast 220 in 23-8, broad jumped 20-1 ½, high jumped 5-2, ran low hurdles in 25-4 for his fourth 1st place; he was second in the pole vault, fourth in the shot put and discus and ran on Elko’s winning relay quartet. Higgins of Elko whipped the javelin out 164 feet for a top performance.

May 1, 1946: WELLS – Constable Murphy’s “chain gang” hauled 46 truckloads of trash out of the city’s alleys and vacant lots. Constable Murphy then carted the “chain gang” men who were serving sentences for disturbing the peace, out to Three-Mile Spring, where they laid the cement for the bottom of the swimming pool. The pool is Murphy’s pet project for the Wells ’kids’. It is to be one hundred feet by thirty-five feet, with a depth of from one to seven feet, and will be filled with warm mineral water piped from the nearby spring.

April 27, 1971: Elko County ranch owner John Carpenter reported today packs of dogs running out of Elko have killed an estimated 30 adult sheep and a like number of lambs during the past three days, and he issued a plea to Elko residents to keep their dogs under control. Carpenter, who runs his sheep on his private land and Bureau of Land Management ground a few miles north of Elko, declared he is prepared to file a damage suit against a dog owner if he can make the necessary identification of a dog caught in the act of killing sheep.

April 28, 1971: Joseph E. (Joe) deArrieta, 30, currently head basketball coach at Tahoe Truckee High School in Tahoe City, California, was named as the new head basketball coach at Elko High School. The selection of deArrieta, a native of Winnemucca, was recommended by Elko High School athletic director Matt Trontel and approved by the Trustee of the Elko County School District. The new Elko coach graduated in 1964 from the University of Nevada, Reno, where he was a member of the varsity cage squad.

April 26, 1996: Billie Scott and Nadine Hutchinson are pole vaulting with the best, not just in Nevada but in the country. The Elko High School seniors are among the top 10 girls nationally this season. Last Friday, at a meet at Moapa Valley High School, each improved her best vault by 18 inches. Scott won the meet clearing 11 feet and Hutchinson took second place at 10-6. Their performances are also among the 15 highest vaults on record at the National Federation of State High School Associations in Kansas City, Mo.