The Hycroft gold and silver mine 55 miles west of Winnemucca is ramping up and in production, with a record of decision from the U.S. Bureau of Land Management in hand for future expansion.

The company is “still testing the sulfide oxidation and heap leach scale on a commercial scale. We’ve constructed dedicated pads to monitor and track the performance of the oxidation process on a larger scale and solidify and improve on the operating perimeters,” said Tracey Thom, vice president of environmental and corporate affairs for Hycroft Mining Corp.

“To date, we are seeing great results on the gold recovery side, at or better than lab-scale testing, while silver has been outpacing the expectations,” she said in November. “All-in-all we are happy with the progress we are making. This process could mean a significant capital costs savings and provide flexibility from a process standpoint.”

The open pit mine had its first gold and silver sales in September, according to the company, which now employs roughly 120 people and uses contractors and temporary labor.

According to the BLM’s environmental impact statement on the expansion, Hycroft is expected to employ 515 workers when in full operation, but the company is not at the point where it can say whether the workforce will reach that number.

“The staffing numbers will increase steadily as we ramp up, depending on several factors, including the construction of the new leach pad and increasing mine rate,” Thom said.

“Right now, we are focused on proving up the sulfide oxidation and heap leach process, which may take us in a slightly different direction from a growth prospect, but we plan to add a significant number of jobs to the local area over the next few years,” she said.

Thom said those looking for jobs at Hycroft can check the company’s website often “as we are adding positions regularly.”

Hycroft’s mine fleet currently includes six haul trucks, two shovels and a loader that were rebuilt, and a mining contractor has a similar-sized fleet at the site, according to the company, which also reported that existing crushing facilities, the Merrill-Crowe plant and refinery were rebuilt.

Work that was underway at the mine before the BLM decision on the expansion was based on a previously approved plan of operations and plan modifications that the agency had approved, according to Mark Hall, field manager for the Black Rock Field Office for the BLM’s Winnemucca district.

The mine started operations earlier this year. Hycroft shut down in 2015.

The Federal Register states that the plan also calls for rerouting Rosebud Road, as well as other expansion activities, such as the modification of the milling operation to process ore, construction of an oxygen plant, construction of stormwater diversions and installation of culverts.

Although there were plans in the past to construct a processing mill, Thom said no mill is under construction.

Hycroft Mining’s head office is in Denver, but most of the management team are based at the mine, according to Thom.

Allied Nevada Corp. went into Chapter 11 bankruptcy in July 2015, stopped mining and laid off 230 workers. The Elko Daily Free Press reported after the layoffs that roughly 135 employees were temporarily keeping their jobs while gold processing continued.

“On emergence from bankruptcy proceedings, we changed the name of the company to Hycroft Mining Corp. to reflect the fact that Hycroft was our primary focus,” Thom said earlier.

Subsidiary Hycroft Resources and Development Inc. operates the gold and silver mine in Humboldt and Pershing counties.

The environmental impact statement leading to the record of decision included input from the U.S. Fish and Wildlife Service, which looked at Hycroft’s proposal to disturb golden eagles and their habitat as part of the project. Hycroft sought to remove inactive eagle nests and requested a 30-year incidental take permit for golden eagles under the Eagle Act. The permit would allow the loss of up to three golden eagle breeding territories.

The document states that although the permit is for 30 years, the wildlife agency will conduct permit reviews at five-year intervals to make any needed adjustments. Hycroft Resources will be required to implement all best-management practices to avoid and minimize take of golden eagles and to mitigate the impacts of the loss of nesting territories by enhancing eagle protections elsewhere.

Meanwhile, Hycroft Mining is working towards financing for the next phase of growth at the mine, Thom said.

Hycroft to employ 500+ under expansion plan

Hycroft Mining Corp. is nearing final U.S. Bureau of Land Management approval for an expansion project at the Hycroft Mine that is back in ope…

WINNEMUCCA – The Bureau of Land Management and the U.S. Fish and Wildlife Service have prepared a joint Draft Environmental Impact Statement t… 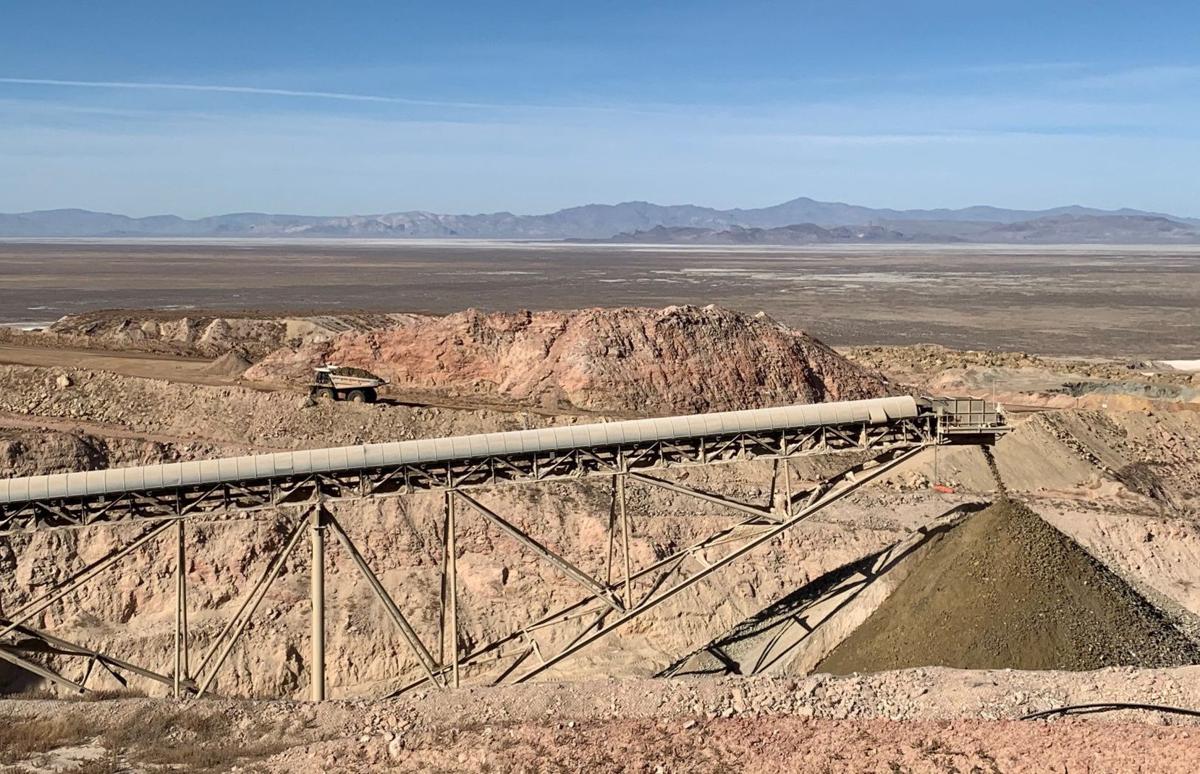 The Hycroft gold and silver mine 55 miles west of Winnemucca returned to operation earlier this year after a shutdown in 2015. 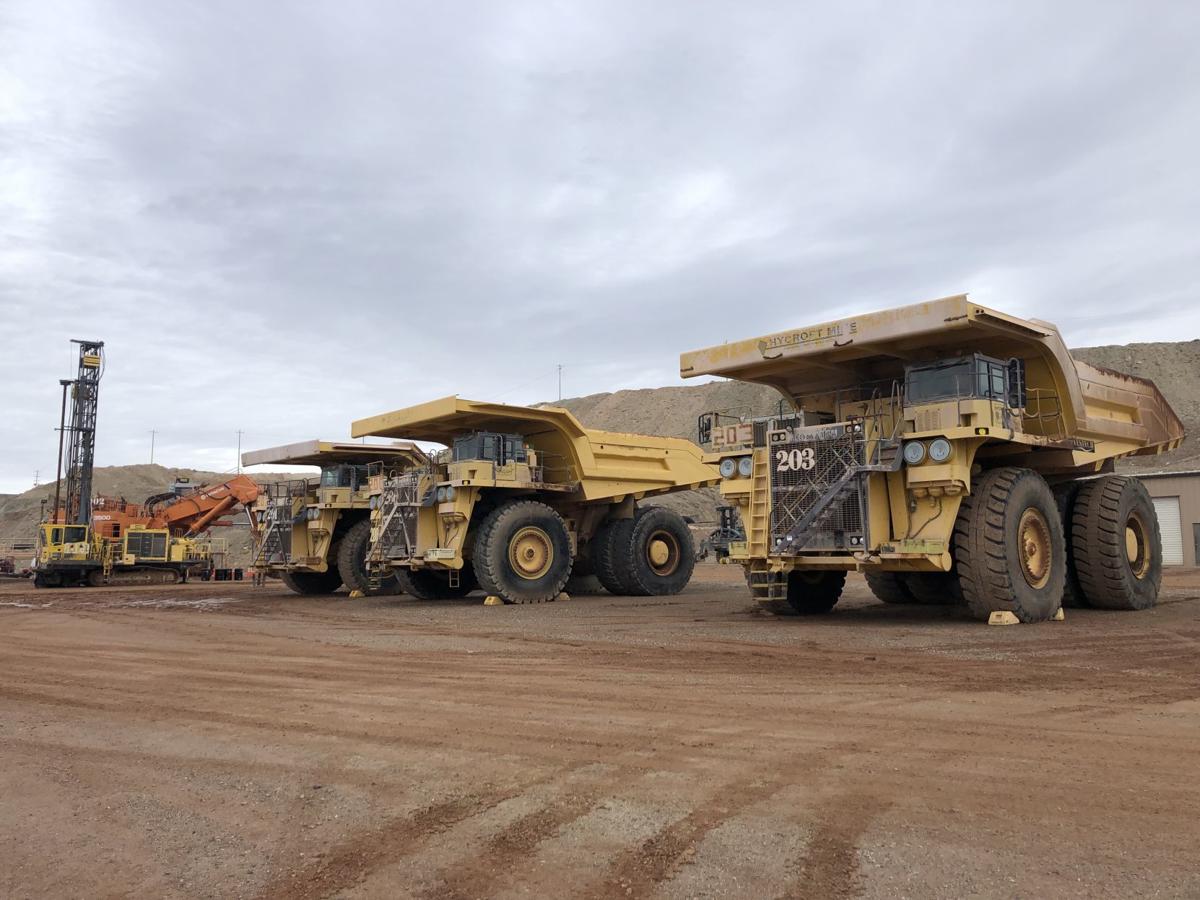 Hycroft Mining Corp. rebuilt its mining fleet for operations at the Hycroft Mine in Nevada. The mine shut down in 2015 but returned to operations earlier this year and is planning an expansion project. 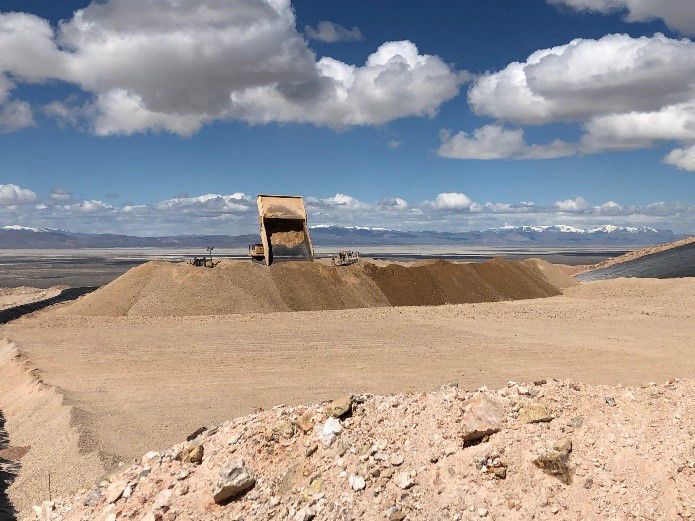 Ore is loaded onto a heap leach pad at Hycroft Mining Corp.'s revived gold and silver Hycroft Mine in Humboldt and Pershing counties.