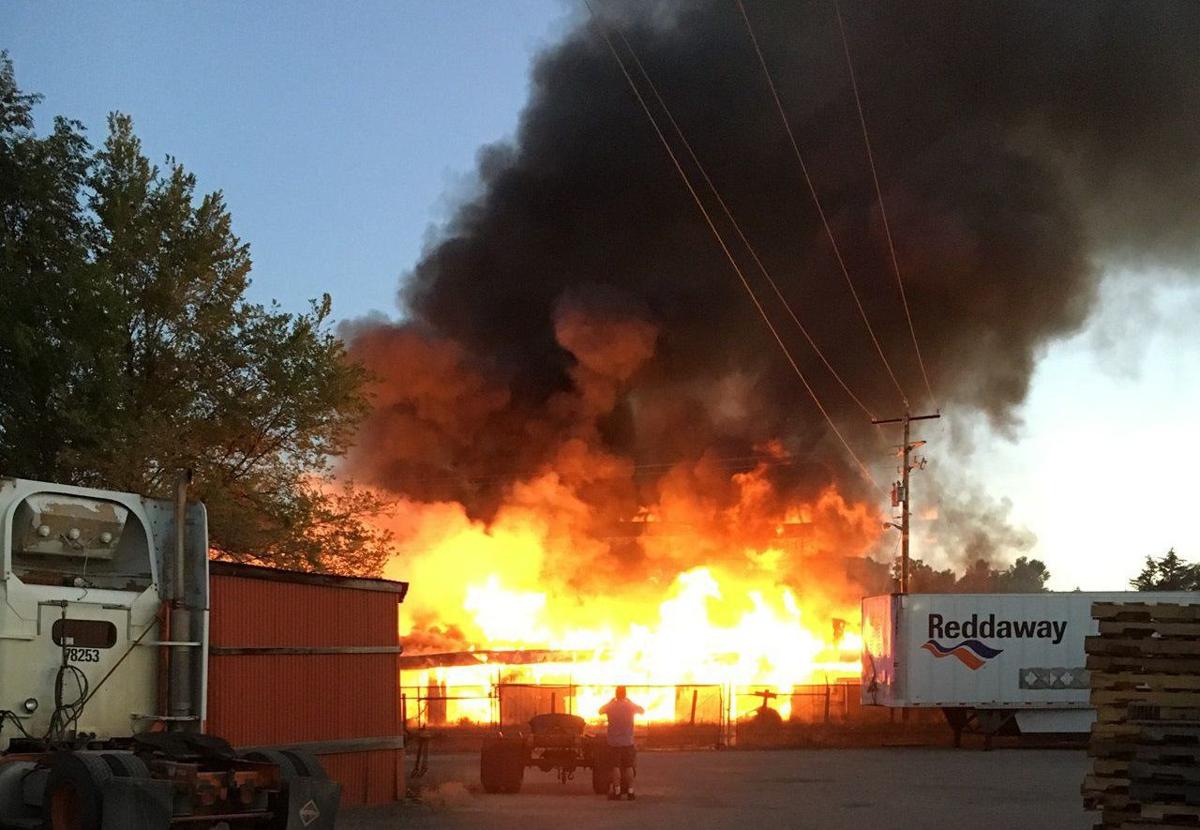 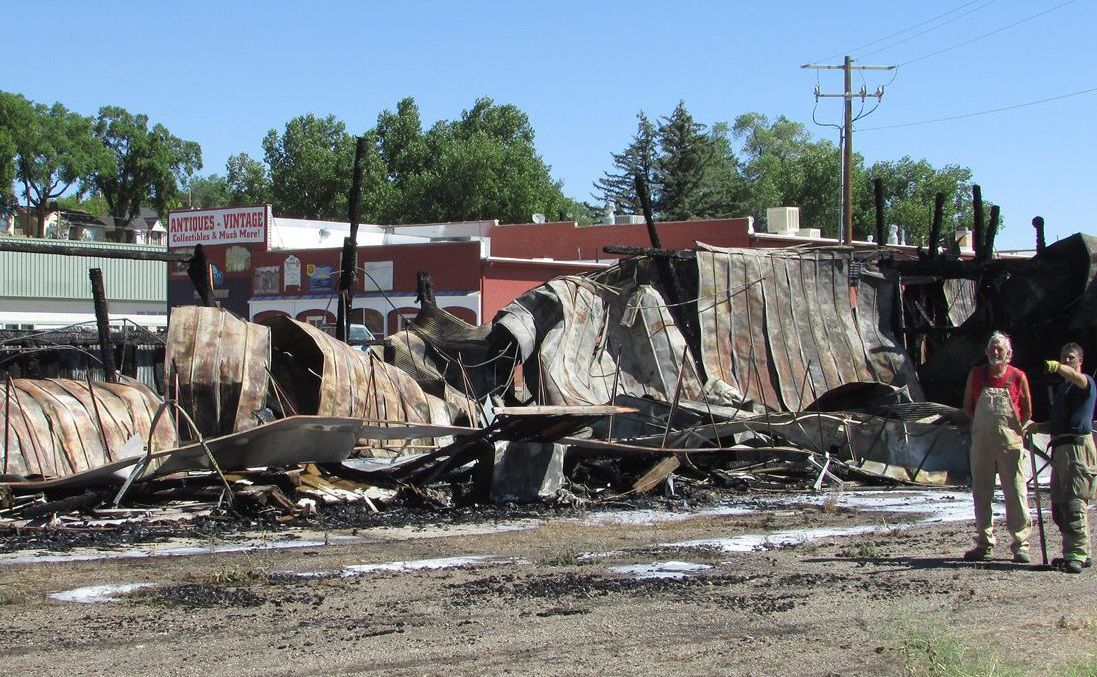 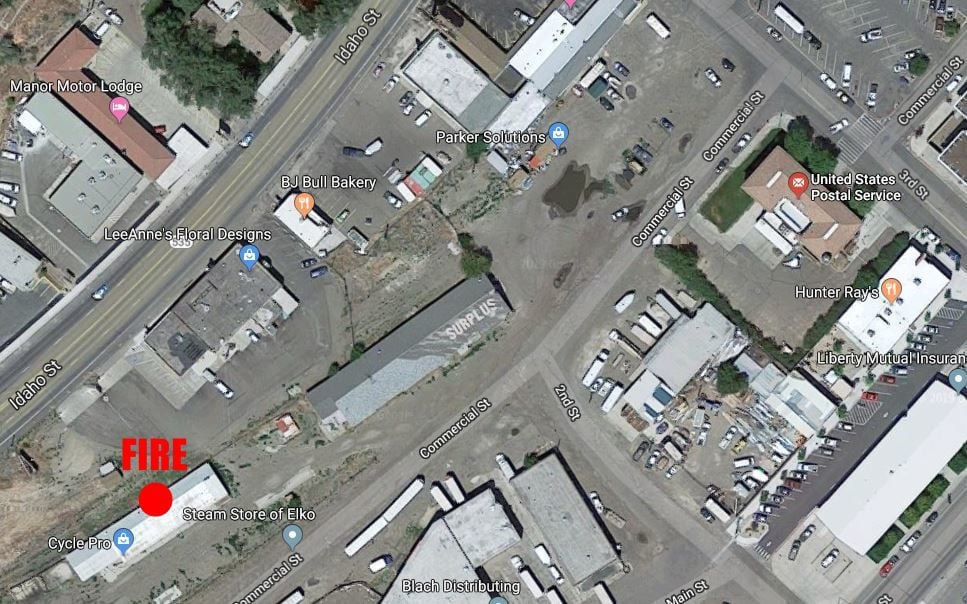 ELKO – A person living out of an old building in downtown Elko may have started a fire early Monday morning that destroyed the aging wooden structure on railroad property.

The official cause of the fire is “undetermined” at this time, said Elko Fire Chief Matt Griego, but a mattress and clothing were found inside. Investigators don’t know if the fire was intentionally set or accidentally set by someone who built a cooking fire, he said.

Elko Fire Department was called at 4:40 a.m. to the garage behind the former Ace Hardware/Stager’s Surplus building on Commercial Street. When they arrived they found about a quarter of the building in flames.

The building has not been in use since 2013, Griego said. Southern Pacific is listed as the owner on the Elko County Assessor’s website.

Four engines responded to the blaze. Firefighting efforts were hampered by a lack of nearby hydrants and smaller water mains in that part of town.

“There’s not a lot of water in this area,” Griego said.

The neighborhood west of Third Street was used by the railroad until the late 1970s, when a federal project to relocate tracks out of the downtown area was begun.

The City of Elko has looked at purchasing railroad land in the area but an environmental review done in 2012 found significant soil and groundwater contamination.

Homeless camping has not been allowed in the city outside of a designated camp site that opened in 2015.

Fire in downtown Elko under investigation

Elko Fire Chief Matt Griego describes the investigation into an early morning fire that destroyed a building in downtown Elko.

ELKO – The city is purchasing a new truck for the Elko Fire Department, but it will cost more than expected because of recent metal tariffs.

ELKO – Registered residents of Elko’s Humanitarian Campground who use drugs will have access to new, free syringes under a program that aims t…