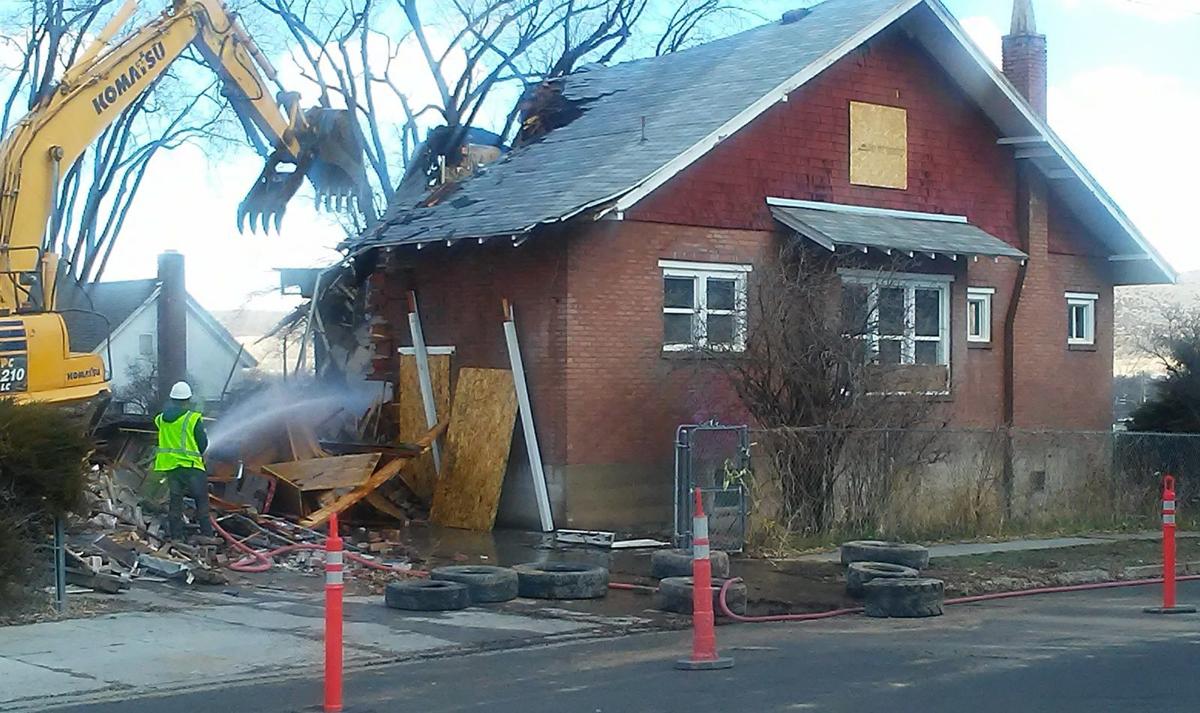 A "nuisance" residence on Pine Street is demolished March 10. 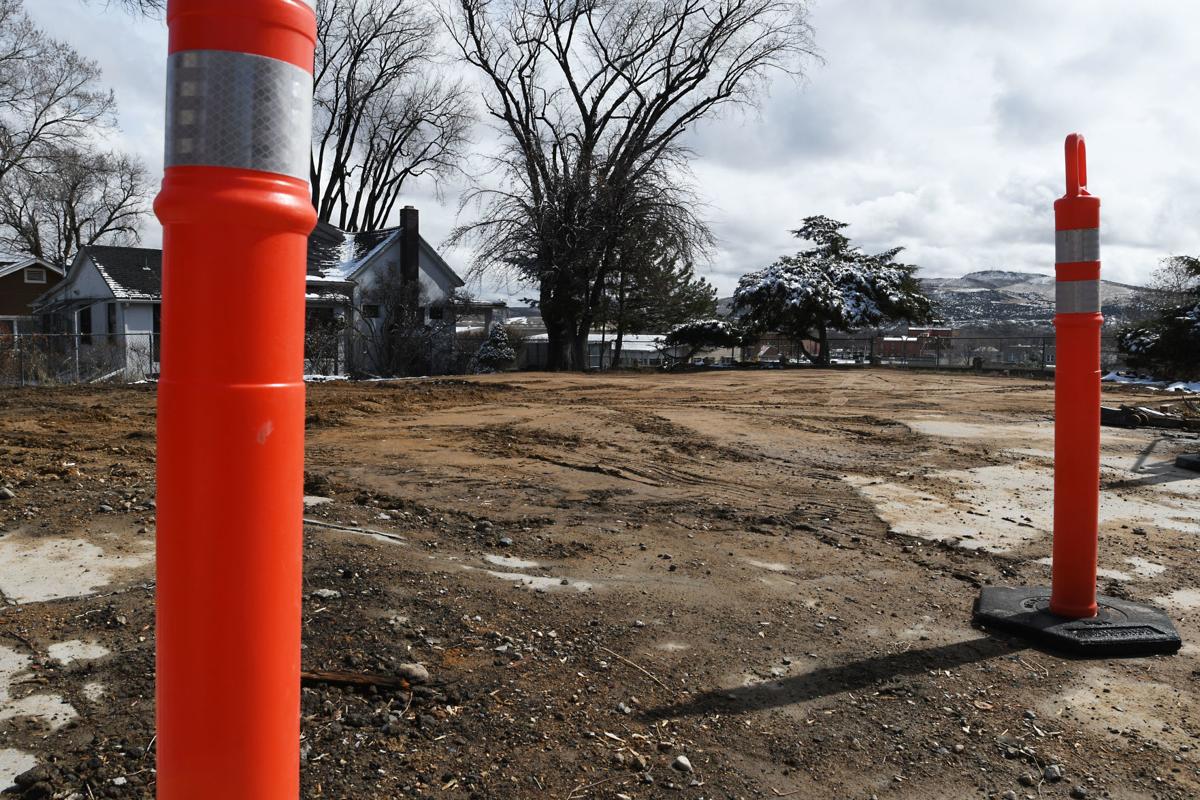 The house at 403 Pine St. has been completely demolished.

ELKO – After the City of Elko followed a lengthy legal process over complaints about the home at 403 Pine St., a private owner came forward and purchased the property.

“The previous owner sold it to Dusty (Shipp) prior to us being able to abate the nuisance,” said Elko City Manager Curtis Calder.

City officials had been working for some time with the executor of the trust that owned the property. The place has been considered a “nuisance property” for some time before and since former resident William Armstrong was arrested on suspicion of arson.

In October, the City and property owner signed an abatement order that stated if no buyer was found before Dec. 22 the City “could conduct any abatement process deemed appropriate without further notice.”

After the fire, city officials took the legal steps necessary to have the burned out structure inspected to determine if it was salvageable. It was found to be a “public safety hazard” and the City was in the process of moving toward demolition.

During a March 10 City Council meeting, it was brought to public attention that Dusty Shipp, owner of Braemar Construction, had made an offer to the attorney representing the case, Bob Wines, and the executor.

Shipp proposed buying the property for $30,000. This raised concerns among some city employees concerning the timeliness of demolition.

“We felt like there were some mixed feelings about allowing us to step in and do the work,” Shipp said. “What we did [is] we left that meeting and corresponded with the City about putting it back on the agenda for City Council and we were told that they would do that, but staff was going to recommend that they don’t allow us to purchase it and do what we wanted to do. We decided that if we got it torn down prior to the Council meeting, they couldn’t say much about it.”

“We got a purchase agreement in place which allowed us to go in and do the work,” Shipp said. “We fast-tracked everything so we could get it torn down on Tuesday prior to the next meeting. We felt like what we did was a better option for all parties.”

Shipp said neighbors were cheering them on as the structure came down. Neighbors had been complaining about the property for more than two years, saying it was a host to vagrants and illegal drug activity.

Shipp has plans to build a new house on the lot.

“We already have some interested parties that want to have us build for them,” Shipp said. “We want to use some architectural details that allow it to blend with the historic nature of the area. We would like to get this started this year.”

For the time being, the City has shut down permitting due to coronavirus restrictions.

Shipp said the down time would allow him to put plans together and submit them in the summer.

“Most of our expenses were in the form of staff time, which we have never fully calculated,” Calder said. “We had quite a few legal fees over the past year or so (concerning the abatement process). Because we never knocked it down we did not lien the property so we won’t be getting any reimbursement, but at least the nuisance has been abated. We have lots of other nuisances we would like to abate and that one was consuming a lot of time.”

The Pointe at Ruby View

Pine Street house may have a buyer

ELKO – An 11th-hour bid for a damaged home on Pine Street will be considered by Elko City Council on Tuesday.

An Elko man has been sentenced to prison time for the second degree arson of his tree streets home in 2019.

A "nuisance" residence on Pine Street is demolished March 10.

The house at 403 Pine St. has been completely demolished.