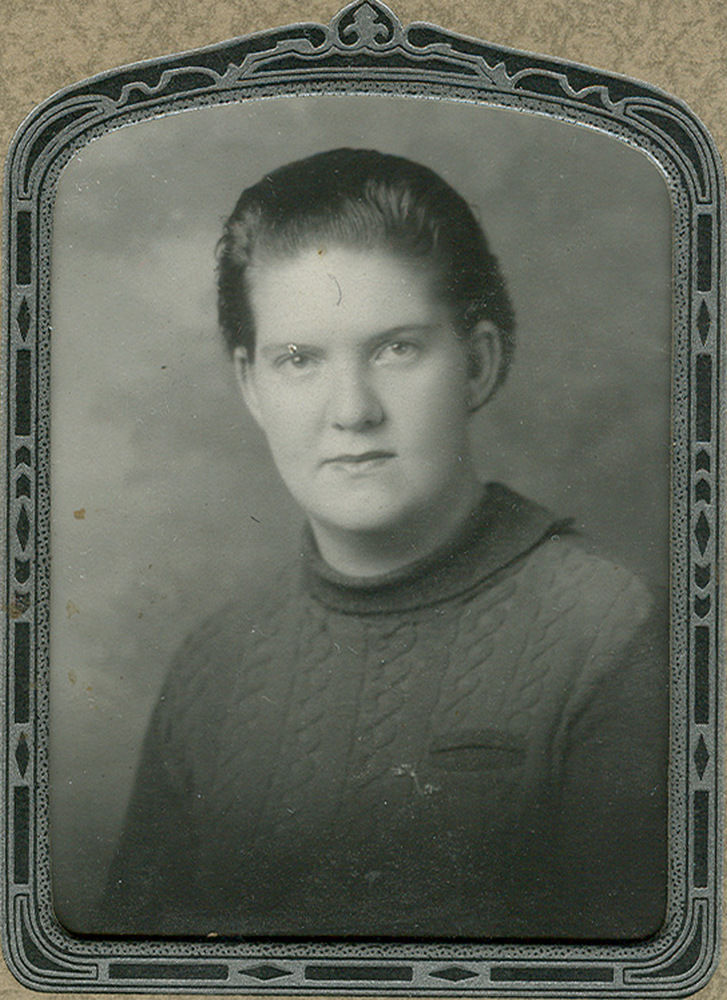 Anyone able to identify this week’s mystery photo from the Northeastern Nevada Museum’s unidentified photo collection is asked to contact the museum at 738-3418, ext. 102, or archives@museumelko.org. Michelle Rathbun identified the young man on the right in the 7-25-20 Mystery Photo as Jim Carpenter, now our acting Undersheriff.

July 27, 1895: The Tuscarora State Co., sends out a two-horse rig every other day, and a four-horse stage on alternate days.

It is said that the electric light plant at Tuscarora is to be moved to Elko.

The hay crop is short along the river and the price is now $12 per ton.

July 26, 1920: No hunting allowed on the ground owned by the Riverside Dairy. Trespassers will be prosecuted to the limit of the law. – H.G. Biegler

G.S. Garcia has placed an enormous sign on the main street, containing the words “Boost for Elko County Fair in September.” The sign can be seen from the passing trains and shows commendable zeal on the part of Mr. Garcia, who is enthusiastic over the success of the coming fair.

July 28, 1920: Stockmen and farmers from all over the county are in session here this afternoon to complete arrangements for the county fair in September. Those present are Messrs, W.D. Mason of Elko; Fred Voight of Lamoille; E.C. Riddell of Starr Valley; Chas. Drown of South Fork, Chester Lang of North Fork; J. Selby Badt of Clover; W.S. Short of Ruby; Sol Cazier of Wells; and Chester Brennan, county farm agent, who is very active in making the coming fair a success.

July 30, 1920: Tomorrow morning the airplane that has been in Carson City and Winnemucca during the past month will reach Elko for an indefinite stay, and will make a specialty of carrying passengers to and from all points in the county or state. Passengers will be taken up, the fare depending upon the length of time they are in the air. Trips will be made to Lamoille, Jarbidge and Wells to demonstrate the rapidity the interior towns can be reached. It has been demonstrated that travel in an airplane is as safe as in an automobile and this will be the first opportunity that the people of Elko will have to take a flight.

July 26, 1945: T/5 John Oldham is back in Elko from Fort Lewis, Wash., on regular furlough, visiting with his parents Mr. and Mrs. Ed E. Oldham and other relatives this week. Ed Oldham, Jr., and family are also here from silver city. All the Oldhams drove to Tuscarora Tuesday for a family reunion at the home of Mrs. Della Phillips. The absent brother, Pfc. Frank H. Oldham is still in the Philippines, not far from Manila, where he is now with the personnel section.

July 27, 1945: Twenty-five horses, including a mystery animal that showed up from the planet Mars are on hand at the Fair grounds with designs on the racing events of the forthcoming Elko County Fair. A large portion of the entries this year are animals from outside points, some of them possessed of big names at other tracks. The most impressive stable in this respect is that of Dick McGee, who is entering seven horses from Austin, Nev. Hayden Henderson, secretary of the County Fair, believes he noticed some early arrivals of “railbirds,” those professional race followers who are wagering or other reasons make a practice of getting first hand information. More than passing interest centers on a horse entered by John Lewis, the origin of which Lewis has thus far kept in the dark. Someone remarked that the horse came from the planet Mars.

July 28, 1970: Banners across Idaho Street and western apparel among downtowners are witness to western week in Elko, heralding the 24th Annual Silver State Stampede July 31-August 2. Bull riding is always one o the most popular events in the rodeo and Corky Prunty’s Diamond A Stock’s top string of bulls will make the Jaycees-sponsored rodeo no exception. Added attractions include the Ada County Mounted Sheriff’s Posse from Idaho, and a trick horse exhibition. Reigning rodeo queen Billie Sue Evans will crown a new queen on Sunday afternoon.

July 29, 1970: Anita Anacabe, 15, will be Elko’s entrant in the Governor’s Summer Youth Olympics zone action here today. Orville Wilson, in charge of the tennis portion of the program for this area, said Miss Anacabe will be playing in Reno’s Wingfield Park July 31-August 1.

July 26, 1995: There’s no question about Steve Cunningham’s determination to create Elko’s first rugby club. Consider the team’s name – Mountain Goat Rugby Football Club. The Elko club started practicing earlier this summer and, with about 26 players, is getting ready for its first games. But the team still is looking for additional players, and Cunningham emphasizes rugby experience is not required. “You need tiny players who can run fast and big guys who can hit, but everybody gets to run and everybody gets to hit, “Cunningham said.

July 27, 1995: A grass fire blazed through Kittridge Canyon yesterday afternoon, burning more than 380 acres and destroying two mobile homes, seven vehicles and farm machinery. The fire was started at a welding site and spread rapidly in the 30 mph easterly winds. Roughly 300 volunteers and full-time firefighters responded to the scene along with more than 25 fire fighting engines and other vehicles from Elko and surrounding communities.

July 28, 1995: Kids talk of their dreams as they grow up. But very few go on to realize them. For Elko resident Cory Thacker, 17, it’s the Olympics. And he’s taken a giant step towards achieving his dream as a rookie member of the West’s 1995 U.S. Olympic Festival silver medal handball team.

ELKO – Two Elko men are accused of beating a third man over a broken relationship, then going to McDonald’s together for breakfast.

ELKO – A Halleck man has been charged with attempted murder, three months after he allegedly shot a man in the head with an AK-47.

ELKO – A wildfire that sparked on a 100-degree afternoon came dangerously close to backyards of homes along Dotta Drive on Friday.

SPRING CREEK – Looking for something to do on a hot summer night in August? How about a family drive-in movie?

ELKO – An Elko man found inside a business after hours told police he was looking for food and a place to take a shower.

Anyone able to identify this week’s mystery photo from the Northeastern Nevada Museum’s unidentified photo collection is asked to contact the museum at 738-3418, ext. 102, or archives@museumelko.org. Michelle Rathbun identified the young man on the right in the 7-25-20 Mystery Photo as Jim Carpenter, now our acting Undersheriff.