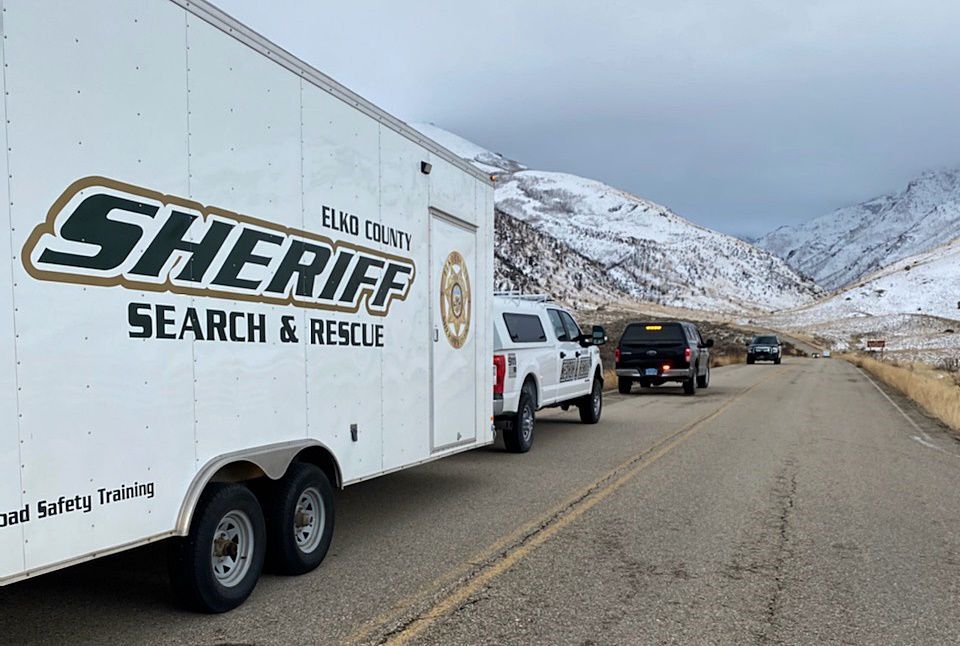 The Elko County Sheriff's Office search and rescue team was sent to the Ruby Mountains Saturday following an avalanche that buried one snowmobiler and injured another. Lamoille Canyon Road was closed Sunday morning while recovery efforts resumed. 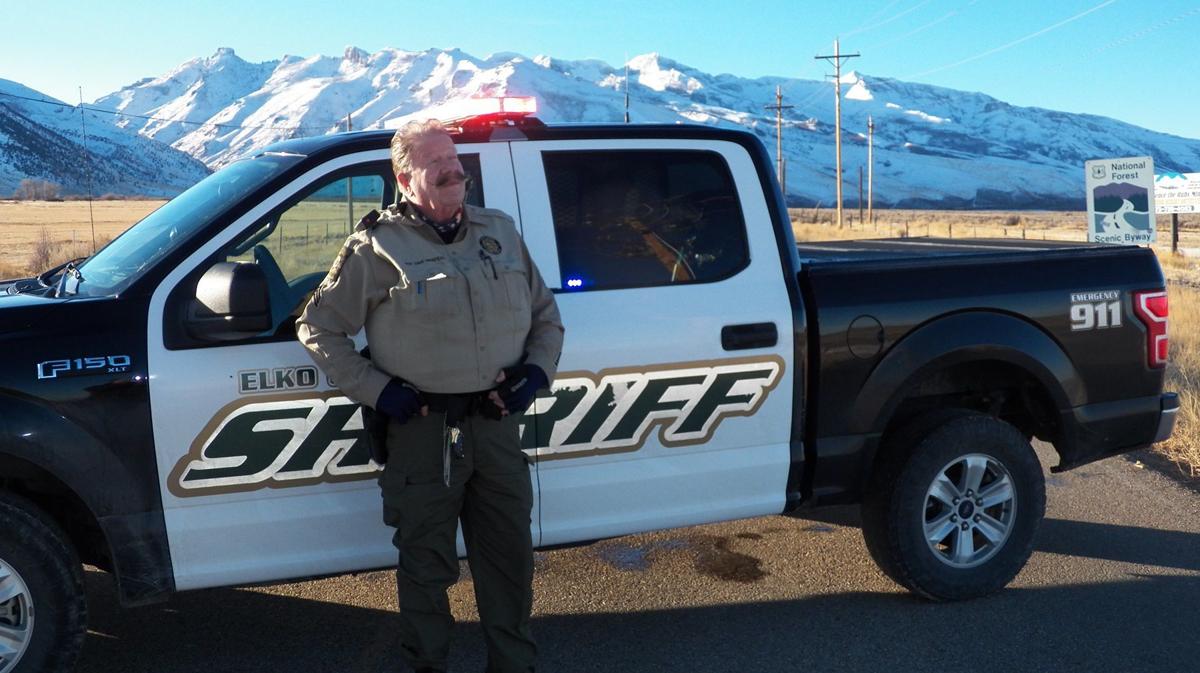 Sgt. Dave Winstead of the Elko County Sheriff's Office blocks traffic at the entrance to Lamoille Canyon around 7:30 a.m. Sunday, Feb. 21, 2021. The road will remain closed until the body of an avalanche victim has been recovered.

ELKO – A popular winter recreation area 20 miles southeast of Elko was closed Sunday morning as a recovery effort resumed following a weekend avalanche that injured one snowmobiler and left another buried in the snow.

Three young men from the Elko area were snowmobiling near Castle Lake high in the mountains above Lamoille Canyon when the avalanche occurred shortly before noon Saturday. Elko County Undersheriff Justin Ames said two of them were able to “roll out” away from its path. One was injured and the other was able to call for help around 11:53 a.m.

A rescue crew from Ruby 360 Lodge helped bring the injured man to safety. He apparently suffered a broken leg and collarbone, and was flown to Salt Lake City for treatment, Ames said.

The third snowmobiler remained buried by the avalanche and Ames said the effort to recover his body would resume Sunday morning.

“Cloud cover limiting visibility and unstable snow conditions are such that efforts to recover the third man have been suspended for the evening,” said a statement from the Elko County Sheriff’s Office.

Blasting of unstable areas near the avalanche was expected to take place Sunday morning. The canyon road will remain closed until recovery efforts are completed.

Snowmobilers park along the Lamoille Canyon Road — which is designated as a National Forest Scenic Byway — and then ride up the snowy portion to reach higher elevations. Several lakes are located above the canyon in the Ruby Mountain Wilderness Area that leads toward Harrison Pass.

Deputies responded to the incident along with Elko County Fire District and Elko County Ambulance personnel, Elko County Sheriff’s Office Search and Rescue, and Ruby 360 Lodge personnel. Ruby 360 is the base site for Ruby Mountain Heli-Ski.

Snow depths in the Ruby Mountains were around 3 feet, according to the Natural Resources Conservation Service. The agency’s snow map listed 38 inches at the top of Lamoille Canyon, 39 inches at Smith Creek, and 43 inches at Green Mountain.

Several snowmobilers, skiers and other recreationists have died in avalanches across the West this month following heavy snow. A snowmobiler in the Sawtooth Mountains of central Idaho died Friday after trigging an avalanche, according to the Associated Press.

Eleven people have died in avalanches in Colorado alone this season, according to the Colorado Avalanche Information Center. They included eight skiers, two snowmobilers and a snowboarder.

“The western United States is only halfway through its snowy season but has already matched the annual average for national avalanche fatalities,” reported The Washington Post.

According to a statement from the Northwest Avalanche Center, the United States experienced more recreational avalanche fatalities in the first week of this month than during any other period in the past 100 years.

ELKO, Nev. (AP) — One snowmobiler is missing and presumed dead and another was seriously injured after an avalanche in the Ruby Mountains of e…

This map shows many of the lakes in the Ruby Mountains, including Castle Lake, where a deadly avalanche occurred Saturday morning.

ELKO – One man was killed and another seriously injured Saturday morning in an avalanche in the Ruby Mountains.

The Elko County Sheriff's Office search and rescue team was sent to the Ruby Mountains Saturday following an avalanche that buried one snowmobiler and injured another. Lamoille Canyon Road was closed Sunday morning while recovery efforts resumed.

Sgt. Dave Winstead of the Elko County Sheriff's Office blocks traffic at the entrance to Lamoille Canyon around 7:30 a.m. Sunday, Feb. 21, 2021. The road will remain closed until the body of an avalanche victim has been recovered.