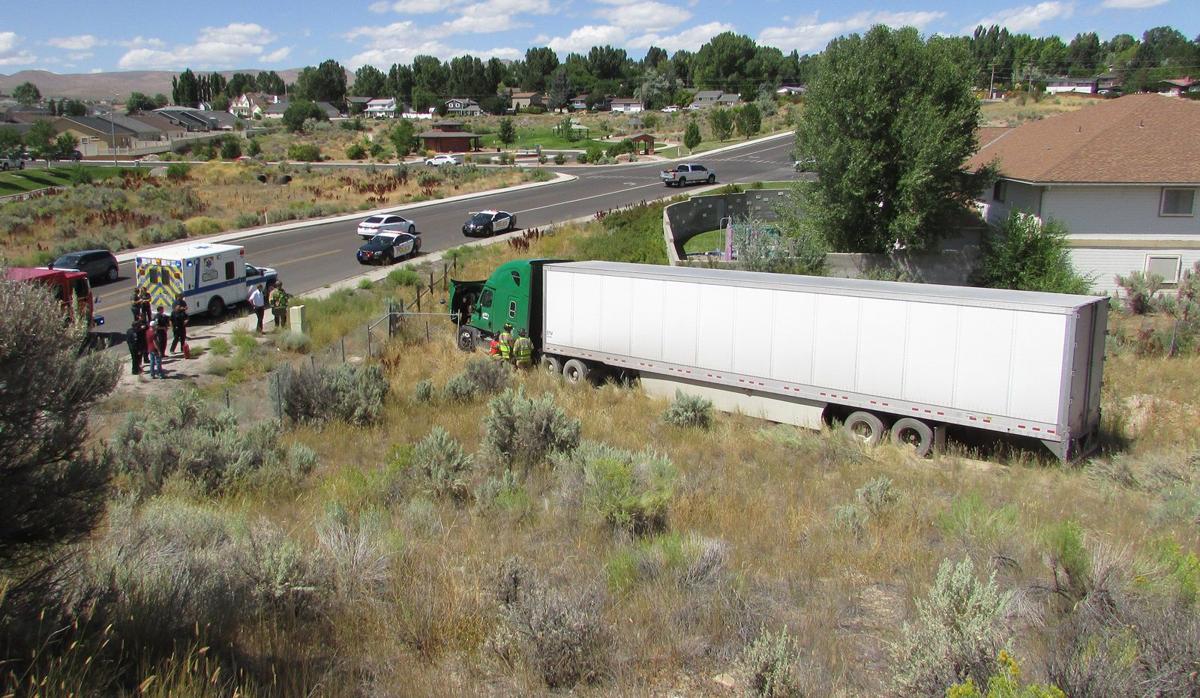 A semi that drove off Interstate 80 Thursday afternoon stopped before it reached College Parkway. 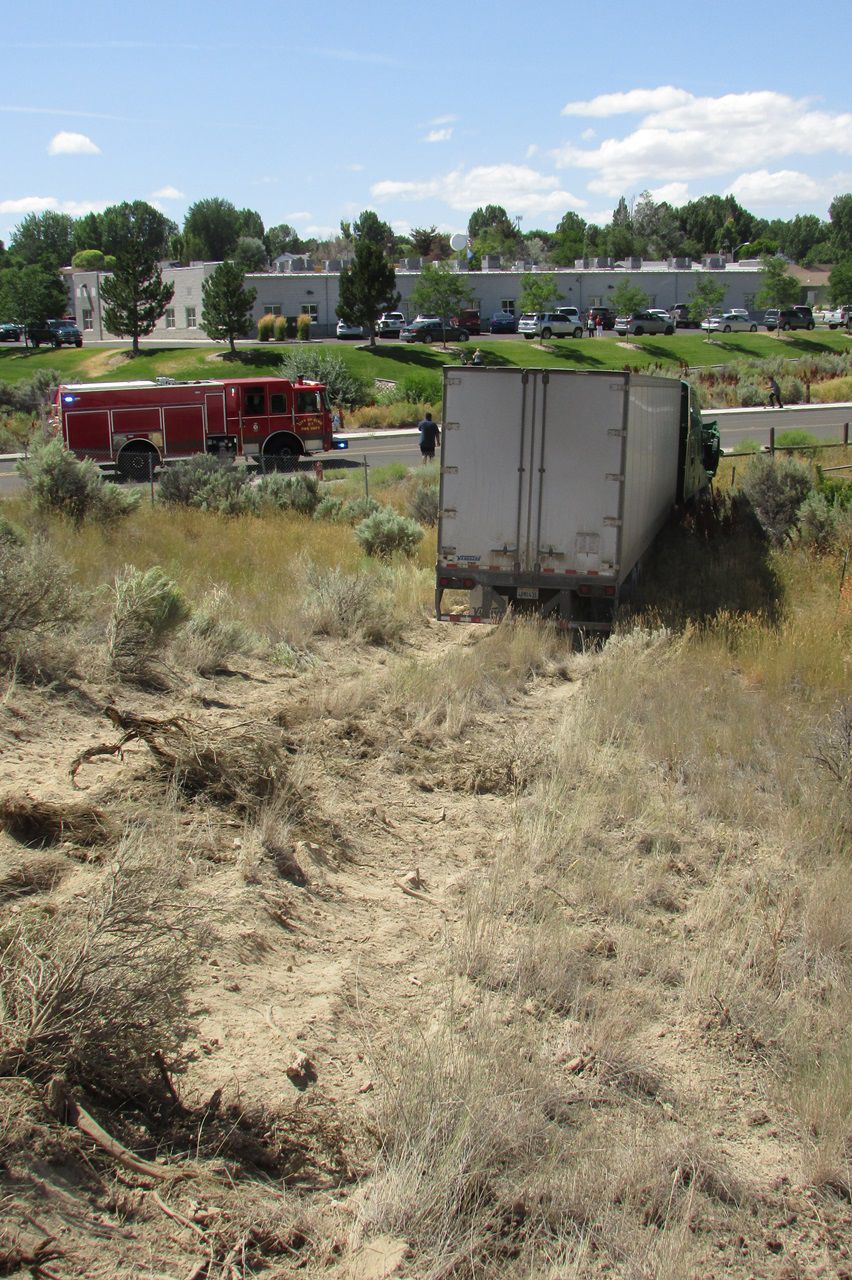 A semi that drove off Interstate 80 plowed through sagebrush near the state office buildings off College Parkway on Thursday afternoon.

ELKO – A semi plowed through a guardrail on Interstate 80 in the middle of Elko, drove down an embankment and came to a stop near a playground and the Peace Park.

The crash occurred around 1:30 p.m. Thursday.

There was no immediate word on the condition of the driver.

The vehicle plowed through sagebrush and stopped just short of College Parkway, across the street from State of Nevada offices.

Its journey ended about 10 yards from a concrete wall, behind which is a small playground.

The incident followed a semi fire Wednesday morning about 25 miles west of Elko.

The trailer, which was hauling fruit, was destroyed in the blaze.

On Aug. 12, a vehicle on Interstate 80 started a fire that burned toward an upscale neighborhood less than half a mile from the scene of Thursday’s semi crash.

ELKO – A semi driving east on Interstate 80 late Wednesday morning caught fire and its trailer full of fruit was destroyed in the blaze.

ELKO – Fire officials are investigating the cause of two blazes on Wednesday, including one that burned 257 acres near the Dolly Varden Spring…

ELKO – Local firefighters responded to two wildfires over the weekend, including one that was started along Interstate 80 by a vehicle crash.

5 still hospitalized after mine bus-truck crash

A semi that drove off Interstate 80 Thursday afternoon stopped before it reached College Parkway.

A semi that drove off Interstate 80 plowed through sagebrush near the state office buildings off College Parkway on Thursday afternoon.