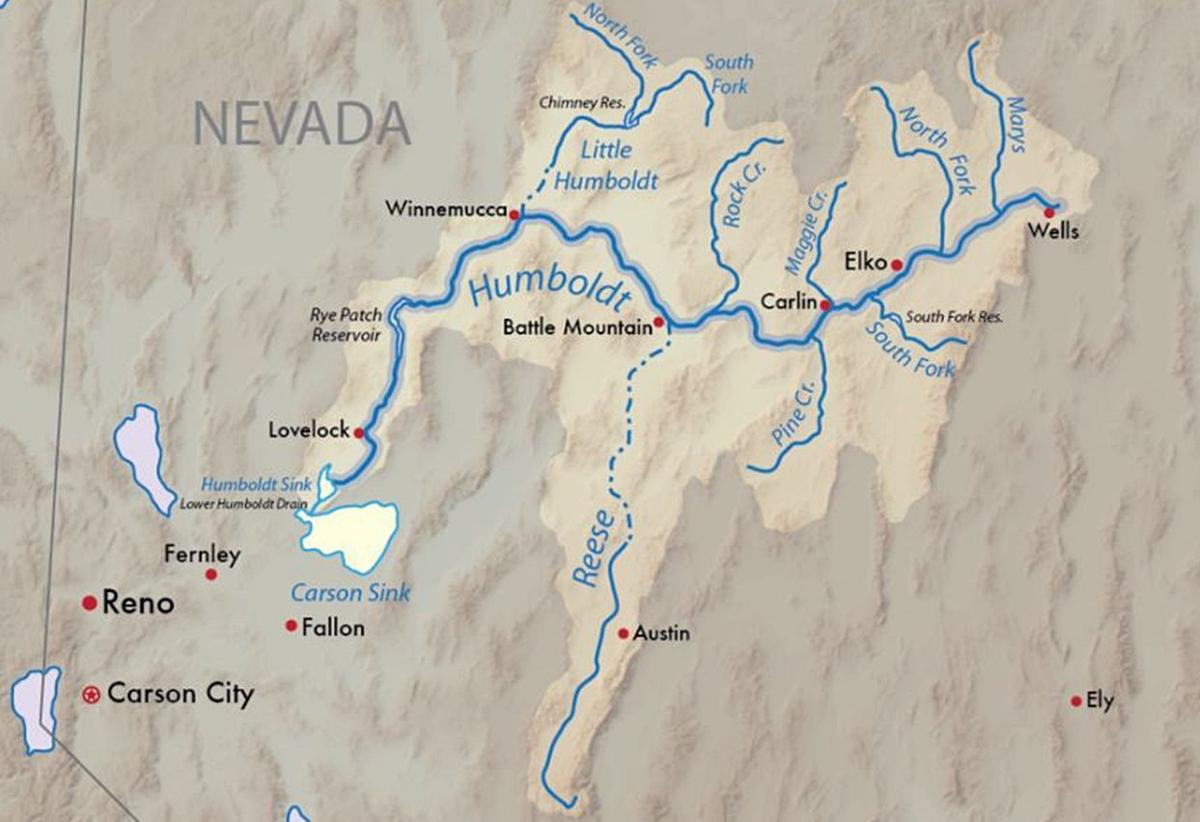 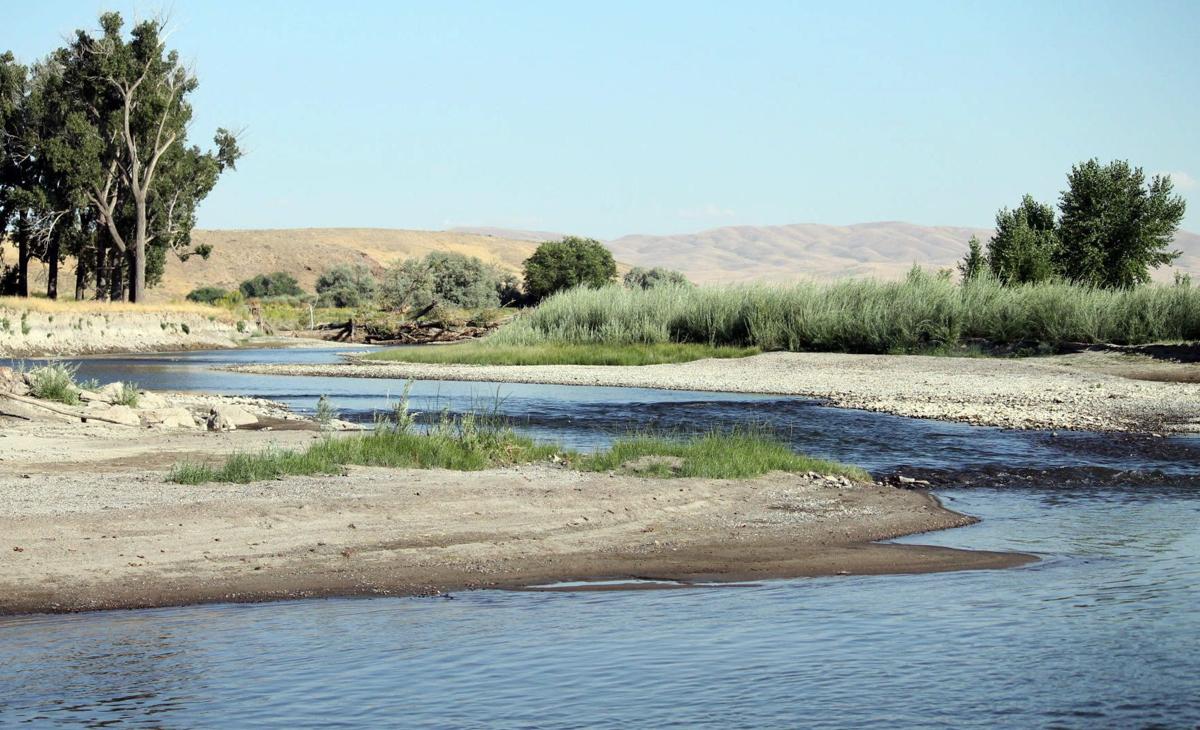 The Humboldt River near Beowawe 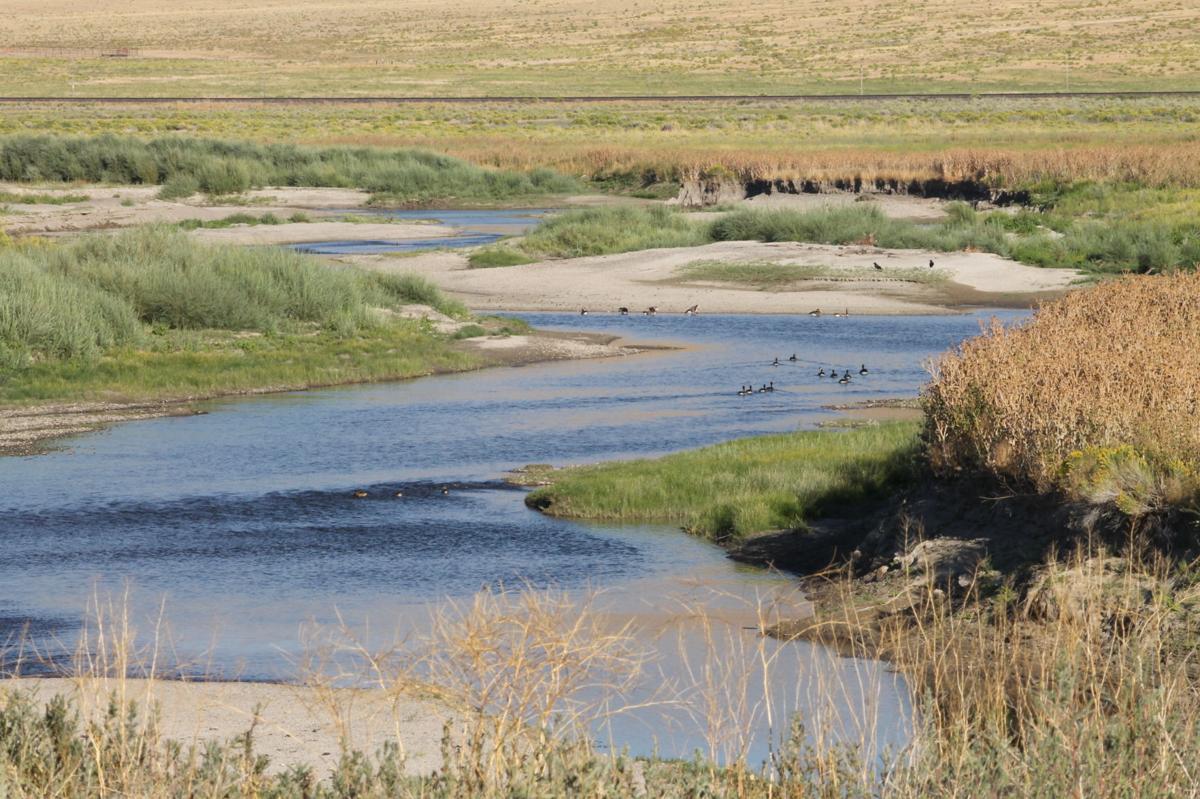 The Humboldt River west of Elko

Small-business owners, farmers, ranchers and elected officials voiced their opinions about water rights July 20 during a meeting regarding proposed regulations to manage the waters negotiation phase of the Humboldt River Basin. They raised questions about issues including irrigation, infrastructure and water rights for mining operations.

The aim of the event, presented by the Nevada Division of Water Resources and organized by the Nevada Farm Bureau Federation at the Elko Convention Center, was to gather input about the effect that a proposed water mitigation program would have on small-business owners. The regulations propose an annual financial assessment paid by owners of groundwater wells to compensate owners of surface water rights if their allotment falls short. The alternative could be the elimination of groundwater pumping, according to a Farm Bureau statement.

The division is in the early stages of developing a plan to manage the Humboldt River Basin water system to mitigate these conflicts over surface water and groundwater rights. The issue has a long history that climaxed recently after the 2012-2016 drought.

Today, some surface water right holders say that groundwater pumping upriver prevents enough water from flowing downstream. The drought, which peaked in 2015, brought the issue to a head.

The Pershing County Water Conservation District filed a writ petition with the 11th Judicial District Court of Nevada in August 2015, amended in November 2016, to require the state engineer to protect senior water rights in the Humboldt River Basin by regulating basins by priority. The petition states that the state has failed to take required action to sustainably manage the water resources, as total combined perennial yield is 476,400 acre-feet a year allocations total 753,394 acre-feet.

“Right now we treat groundwater rights, issue groundwater rights,[for mines] as a temporary right, and the state engineer can do that,” Felling said. “If we were to treat all mine water rights as permanent rights, then they would be subject to the same curtailment … .”

The terms outlined above are what the petitioners ask, but the state is forming a plan.

“I want to make it clear that this is part of the legal case. This is not what our office is proposing. This is what our office is trying to avoid through these regulations,” Felling said. “If the writ petition were enforced by a district and ultimately the Supreme Court judge, I think it’s clear to everyone that it would have a catastrophic impact on Northern Nevada — on everybody, on businesses. There’s no getting away from it.”

The division’s proposed regulations also would likely affect small businesses, Felling said, but it might be less than the ultimate cost, which could be the curtailment of groundwater pumping.

Residents participated in the meeting to express concerns over the proposed regulations and the writ petition. The event was the last of four—in Lovelock, Winnemucca, Battle Mountain and Elko—through which representatives from the division and the Farm Bureau sought public input. The process of drafting regulations, dictated by the Nevada Administrative Procedure Act, requires that the division assess the impact of proposed regulations on small businesses.

“We have gone up the river to share the story about what is going on,” said Doug Busselman, Nevada Farm Bureau Federation executive vice president.

“The people of Northern Nevada are getting extremely provoked in dealing with water users from Lovelock and Las Vegas trying to appropriate water that rises in the northern part of the state instead of conserving the waters that they have available to them,” Reed wrote in a statement read aloud at the meeting.

He argued that Pershing County should have taken measures over the past several decades to save water so that, when there is water, it does not end up in the Humboldt Sink.

“It is hard for those of us in the northern part of the state to view this wastage and then be expected to curtail our water usage to compensate for this type of squandering of such a valuable resource,” he wrote.

Felling reminded the audience that it has been perhaps since the mid-1980s since the Humboldt has had as much water as it does this year, so building water-storage infrastructure for water events occurring every few decades might not be economical.

Starr Valley resident Paul Bottari said that he applied for a permit to drill an irrigation well but was denied based on his proximity to the river and the cone of depression that the well might create. He said he thought the effect on the river needed further study.

“In the meantime, you’re going to be closing all the basins, and you’re certainly going to have a negative economic impact,” he said. “I understand what you’re doing. You’ve got a lawsuit pending. You’re trying to avoid a critical result … . If there is any way to extend this study period to make sure the impacts really are what you’re anticipating, I think that would be a more fair way to do it.”

Felling assured that continued study is required and that the regulations would take a long time to go into effect. The hope is that any court would not make a ruling on the writ petition while studies are underway.

“Until these studies are complete, we are worried about granting additional groundwater rights in the Humboldt River Basin,” Felling said. “We need to stop granting water rights by the river until we know what the heck is going on.”

Lifelong Elko-area resident Sabrina Reed asked if that applied to the mines, too, and expressed concern about mines’ water use. “I don’t see how ranching is the bad guy when mining could be just as much at fault,” she said.

Felling responded that no one is accused of using more water than their water right or wasting water, and that all industries would be treated the same under the state’s proposed rules.

In addition to assessing effect on small businesses, the division’s process of drafting regulations includes a study by the U.S. Geological Survey and Desert Research Institute, which could take about two years, and future workshops and public meetings.

“Where are you going to point the finger?” Felling asked. “You know, you could point it at the state engineer’s office, but every state engineer’s office in the entire West did the exact same thing. We didn’t know. At the time, we were granting all these groundwater rights that any amount of pumping, even if it is the most senior right, could conflict with an even more senior surface water right. But that’s the boat we find ourselves in. And, unfortunately, that’s what we’re trying to fix, and it’s no easy task … . We are looking to avoid a curtailment that nobody wants.”

Felling encouraged anyone with input about the impact of the regulations on small business to email him at rfelling@water.nv.gov.

“If the writ petition were enforced by a district and ultimately the Supreme Court judge, I think it’s clear to everyone that it would have a catastrophic impact on Northern Nevada — on everybody, on businesses. There’s no getting away from it.”

ELKO — The amount of water allowed to be withdrawn from the Humboldt River Basin exceeds the yield, and the Nevada Division of Water Resources…

The Humboldt River near Beowawe

The Humboldt River west of Elko