ELKO – Two Spring Creek parents were arrested this month on felony child abuse charges after deputies reportedly found their small children locked in a bedroom filled with trash and feces.

The lock on the bedroom door had been reversed so the children could not unlock it from the inside, according to a deputy’s report. The parents allegedly had been smoking and injecting heroin the day before.

The Elko County Sheriff’s Office was called on the afternoon of March 4 to do a welfare check at the home on Rawlings Drive. As they pulled up to the house they saw a small girl banging on the window and waving at law enforcement. They were let into the home at 2 p.m. and found Kaylah S. Harris, 25, asleep on the couch and Riley S. Bawcom, 26, sitting in a recliner in a bedroom.

Deputies determined that the 3-year-old and 5-year-old were their children, although Bawcom was under court order to stay away from Harris.

The floor of the bedroom where the children were found was covered by old food, trash and soiled diapers. The bed frame did not have a mattress. “The little carpet area that I was able to see was stained by a brown substance that appeared to be fecal matter,” wrote a deputy. Feces were also smeared on the lower part of the walls.

Drug paraphernalia and guns were found in the home in an area accessible to the children.

The garage was observed to be full of trash bags and reeked of waste.

“It appeared as if the household trash was being put into the garage instead of the landfill,” wrote a deputy.

Harris was arrested on suspicion of felony child abuse or neglect, using or being under the influence of a controlled substance, and use or possession of drug paraphernalia. Her bail was listed at $105,640.

Riley was arrested for felony drug possession but later charged with felony child abuse or neglect and taking or possessing a vehicle without the owner’s consent. His bail was listed at $52,500.

Deputies contacted the state Department of Child and Family Services, and the children were placed in the custody of other adults.

According to a deputy, Harris admitted to using from 6-9 “points” of heroin a day. A point is a tenth of a gram.

“Harris indicated she used heroin with Bawcom several times the day before” deputies arrived, both by smoking and injection, the deputy wrote. 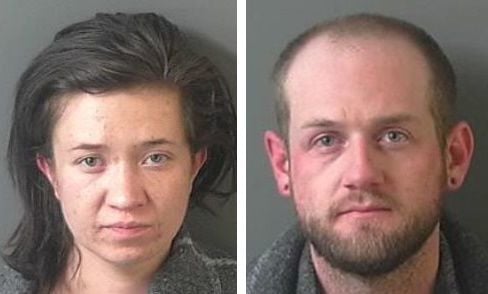 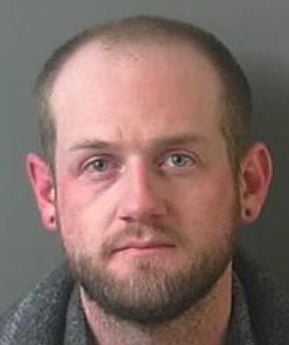 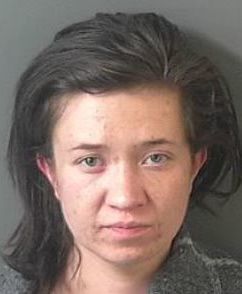