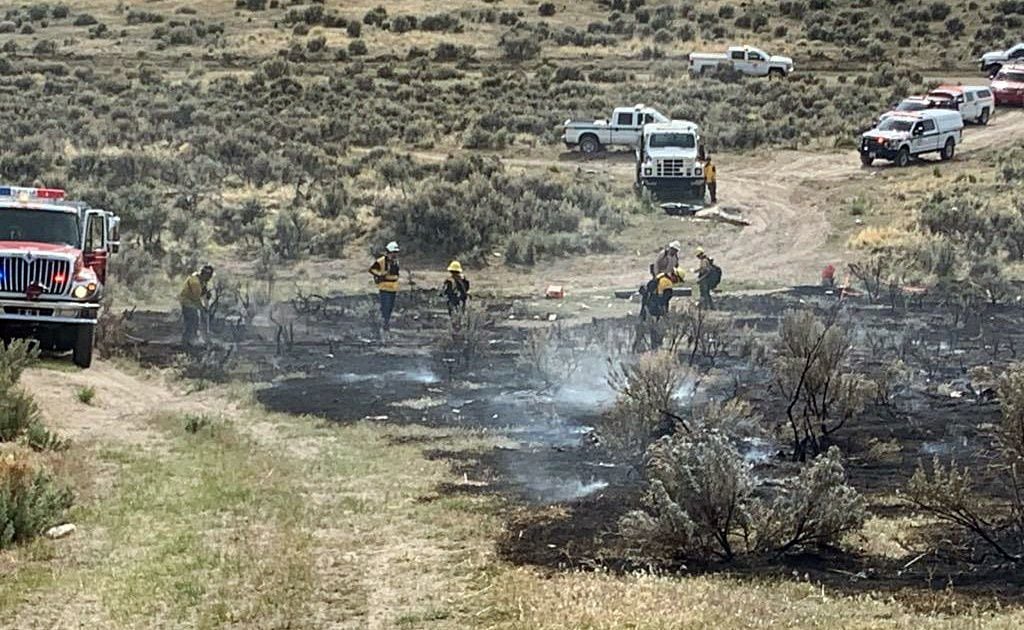 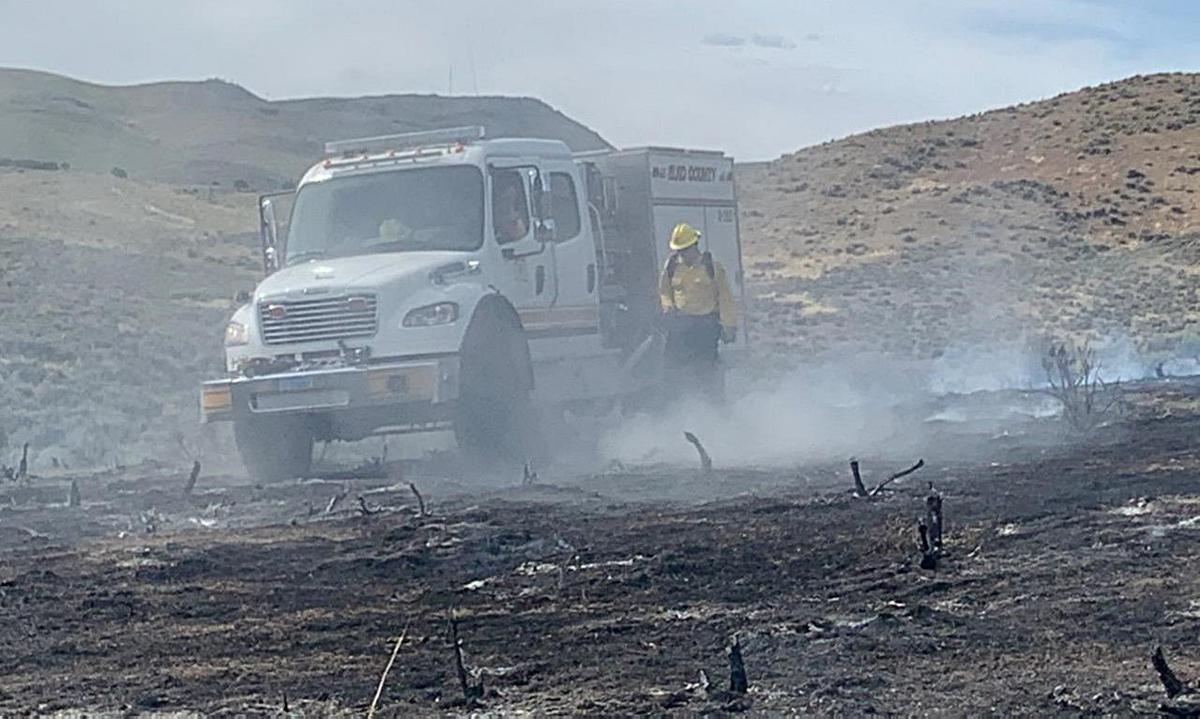 A blaze believed to have been started by target shooters burned sagebrush in the hills north of Elko on Sunday afternoon. 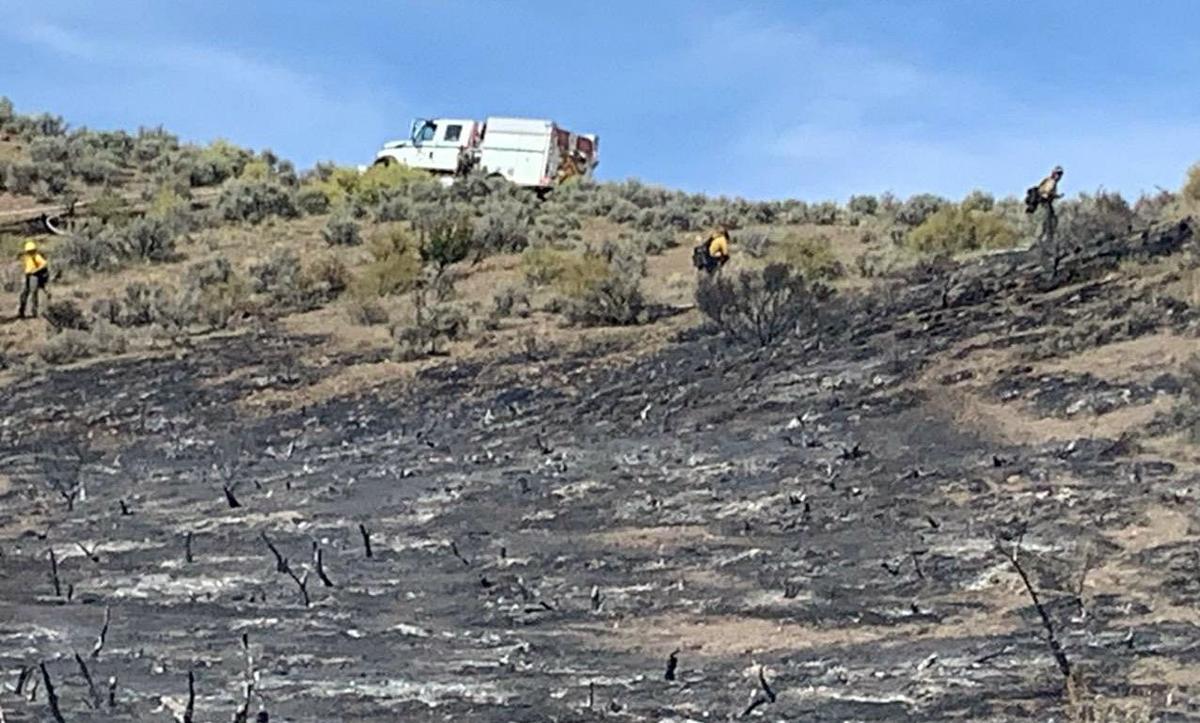 More than an acre of brush and grass burned off North Fifth Street on Sunday afternoon.

ELKO – Target shooters may have caused a fire Sunday afternoon that burned more than an acre off North Fifth Street.

City, county, state, volunteer and federal agencies responded to a call just before 3 p.m. about 5 miles from the end of the pavement. The fire was on a hillside in an area popular with target shooters.

“We think it was people shooting,” said Steven Hamilton of the Elko County Fire Protection District. The reporting party had tried to extinguish the blaze and was on the scene when firefighters arrived but there was no sign of shooters.

“With the low humidity and winds it took off fairly rapidly,” he said.

Firefighters were on the scene for about four hours, putting out hot spots.

Relative humidity has been in the single digits several days over the past week.

The Bureau of Land Management was listing fire danger in the Elko area as “moderate,” which Hamilton said sounded about right. “It’s not quite high yet.”

Still, the county is advising everyone to use caution outdoors.

“We’re just asking everyone to be really careful when doing controlled burns or out recreating,” Hamilton said.

Increasing winds are forecast Monday in Elko but not as strong as in other parts of the state.

ELKO – County firefighters have responded to three structure fires in recent days, including one that left a Spring Creek home uninhabitable.

Controlled burn escapes control at base of Ruby Mountains

ELKO – A controlled burn at a residence near the mouth of Lamoille Canyon blew out of control Saturday morning, threatening a nearby residence.

A blaze believed to have been started by target shooters burned sagebrush in the hills north of Elko on Sunday afternoon.

More than an acre of brush and grass burned off North Fifth Street on Sunday afternoon.