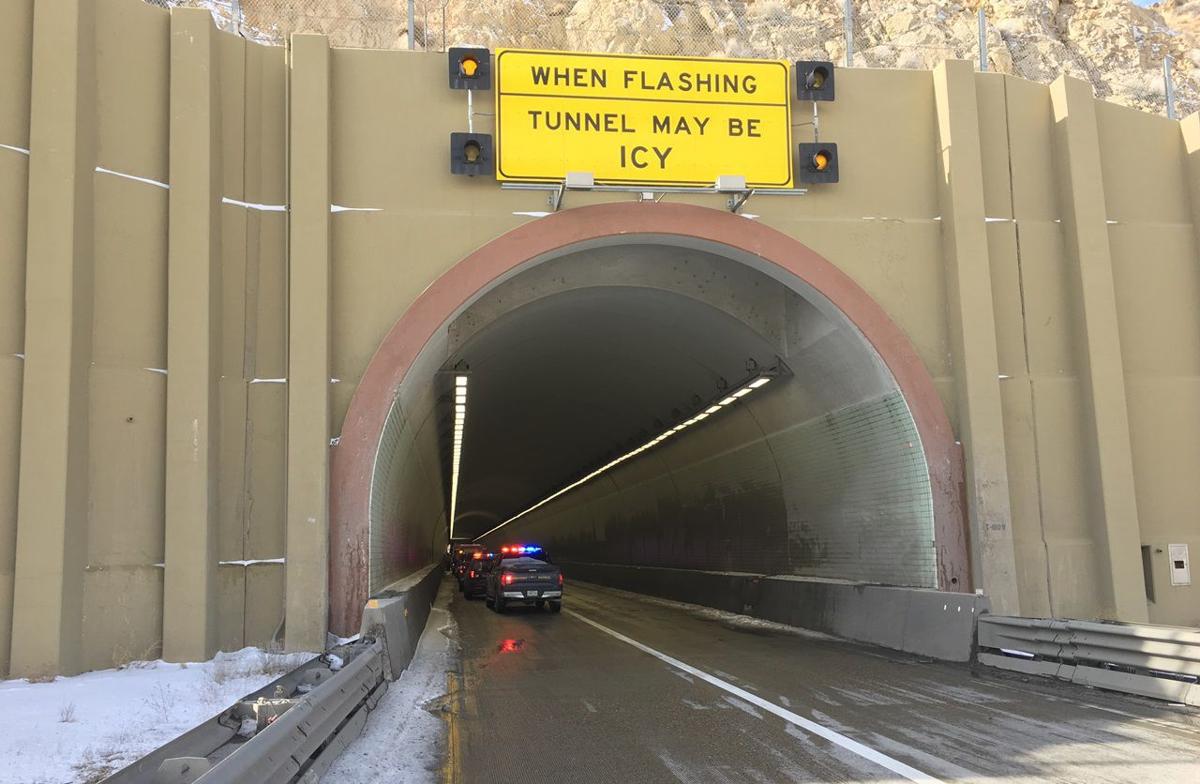 Traffic is backed up on Interstate 80 east of the Carlin Tunnels Thursday afternoon following multiple collisions that occurred shortly before noon.

ELKO – A crash in the westbound Carlin Tunnel damaged six vehicles and injured two people, including one who was life-flighted to a hospital.

Nevada Highway Patrol Trooper Jim Stewart said the collisions at about 11:50 a.m. Thursday forced the closure of the westbound lanes of Interstate 80 for more than three hours. Traffic was diverted along the old highway bypass until the tunnel was reopened around 3 p.m.

Stewart said two SUVs collided in the icy tunnel. A semi tractor-trailer entering behind them slowed down and another truck behind that one swerved in an attempt to avoid a collision. It struck the first truck which then hit one of the SUVs, tossing it onto its top.

Another vehicle plowed into the back of one of the semis.

One of the occupants in the crash was injured with a possible broken leg, Stewart said, and additional occupants had minor injuries.

Traffic was backed up to near the Hunter exit halfway between Elko and Carlin at one point.

The tunnels have flashing lights to warn drivers when icy conditions may be present. Light snowfall coated roads across northeastern Nevada Thursday morning.

“The problem is the tunnel doesn’t get any sun on it and all of the water lays down on that cold, cold pavement, and when the wind goes through it ices up,” Stewart said.

The crashes left debris and spilled oil that had to be cleaned up before the tunnel could reopen.

Psaki on gasoline shortage: 'The end is in sight'

Psaki on gasoline shortage: 'The end is in sight'

ELKO – An Elko man was booked on $100,000 bail after allegedly beating a special-needs child with a belt.

Traffic is backed up on Interstate 80 east of the Carlin Tunnels Thursday afternoon following multiple collisions that occurred shortly before noon.