This map shows where a 16-year-old Spring Creek girl was picked up at Angel Park in Elko, where she was reportedly taken to Spring Creek High School, and where her body was found in Burner Basin three days later. 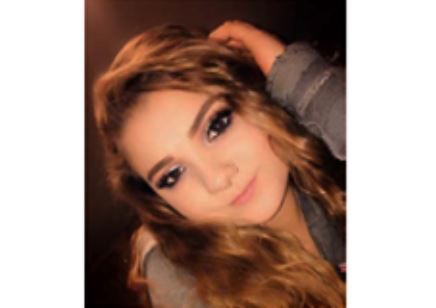 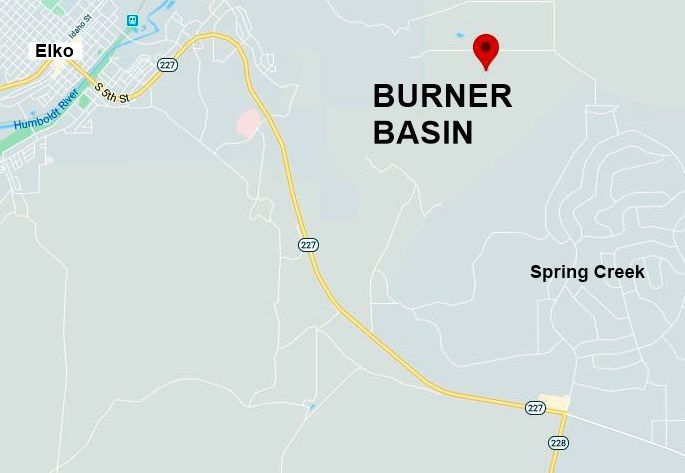 ELKO – A Spring Creek man who was arrested for the murder of a 16-year-old girl apparently fabricated a story about her leaving a school parking lot in a green pickup with a man in a cowboy hat, according to a statement of probable cause written by an Elko County Sheriff’s detective.

Instead, suspect Bryce E. Dickey, 18, is accused of killing Gabrielle “Britney” Ujlaky on the afternoon of March 8 and leaving her partially clothed body in the hills between Spring Creek and Elko.

Deputies were called at 8:45 p.m. March 8 regarding a report of a possible missing or runaway girl. Their initial investigation led to a phone conversation with Dickey, who told them he had picked up Gabrielle in Elko and they drove around. He said she wanted to be dropped off at Spring Creek High School to meet a friend, so he drove there at 4:30 p.m. and she walked over to a green Ford F150 pickup that was in the parking lot.

Dickey said he then drove to the Maverik on Boyd-Kennedy Road, and saw the green pickup drive away from the school.

“After the initial investigation a decision was made not to make a formal missing persons report,” wrote the detective.

Less than an hour after deputies were dispatched, they requested Gabrielle’s cellphone be “pinged.” It showed no current activity and the last activity was at 5:22 p.m. in the Boyd-Kennedy area.

A second deputy spoke with Dickey a short time later while he was out searching for Gabrielle.

The following morning, a deputy took a formal missing person/runaway report and entered it with the National Crime Information Center.

“The deputy was informed by Gabrielle’s family that they had been informed by Mr. Dickey that Gabrielle had been dropped off at the Spring Creek High School to meet a new friend, who was described as a ‘pretty tall’ white male wearing a cowboy hat,” stated the detective’s report. Calls made by the family to her cellphone on Sunday night went directly to voice mail.

Information about her disappearance was circulated by the Elko County Sheriff’s Office and on social media sites, and an article was posted at elkodaily.com and published in the Elko Daily Free Press. The sheriff’s office set up a tip line.

In subsequent interviews Dickey said he had driven around with Gabrielle for about three and a half hours before taking her to Spring Creek High School. He also provided further details about the green pickup, including that it had two stickers on the left rear window and a toolbox in the bed of the truck.

Dickey showed deputies Snapchat text messages he had sent to Gabrielle asking if she was OK and where she was. They asked if he had ever been in a sexual relationship with her, and he said he had not.

A female body was found at 1:50 p.m. March 11 in Burner Basin, partially clothed and partially covered by a tarp. A condom wrapper was found in the road, along with keys on a lanyard with the name “Britney” on it.

After the body was positively identified as Gabrielle on March 13, Dickey was interviewed at the Elko Police Department and some of his statements contradicted earlier statements made to deputies, according to the detective. Dickey agreed to provide a DNA sample.

During a second search of the crime scene on March 14, a set of earbuds and a used condom were found. DNA on the condom tested positive for Gabrielle and Dickey.

Meanwhile, surveillance video collected for the investigation showed that Gabrielle had walked to Angel Park in Elko where she was picked up at 3:22 p.m. March 8 in what was believed to be Dickey’s pickup, almost two hours later than Dickey had claimed. Other video from near Spring Creek High School also contradicted Dickey’s statements, according to the detective.

During an interview on March 19 at the Elko County Sheriff’s Office, Dickey was confronted with evidence associated with the investigation and reportedly admitted to investigators that he had engaged in sexual contact with Gabrielle with the use of a condom on March 8.

Dickey was arrested and search warrants were served on residences associated with him. Blood was found on a pair of boots and a sweatshirt, the detective reported.

Dickey is being held without bail in Elko County Jail awaiting his first court appearance.

District Attorney Tyler Ingram has reserved the option of seeking the death penalty if Dickey is convicted, which will require the appointment of a special “death-qualified counsel” before his court hearing.

Spring Creek man arrested for murder in death of teen

ELKO – A Spring Creek man has been arrested in the killing of a 16-year-old girl whose body was found three days after she was reported missing.

ELKO – A body found Wednesday between Elko and Spring Creek has been identified as a 16-year-old girl who went missing on March 8, and her dea…

ELKO – A 16-year-old girl last seen getting into a green Ford pickup in front of Spring Creek High School on Sunday has been reported missing,…

ELKO – A Spring Creek man accused of murdering a 16-year-old girl will face a judge this week in Elko Justice Court.

Dickey bound over to district court on murder charge

ELKO – One month after Gabrielle “Britney” Ujlaky was reported missing, a Spring Creek man was bound over to district court Wednesday to face …

ELKO – An Elko man may have to wait a few more weeks to enter his plea in an open murder case.

Dickey pleads not guilty to murder in death of teen

ELKO – A Spring Creek man has pleaded not guilty to murdering a 16-year-old girl three months ago.

This map shows where a 16-year-old Spring Creek girl was picked up at Angel Park in Elko, where she was reportedly taken to Spring Creek High School, and where her body was found in Burner Basin three days later. 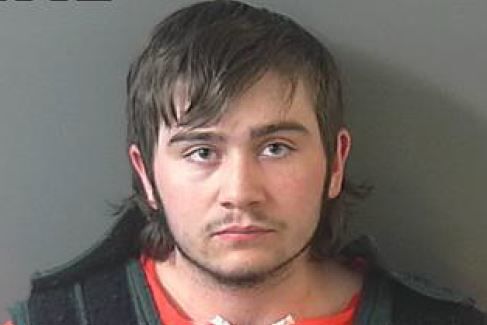