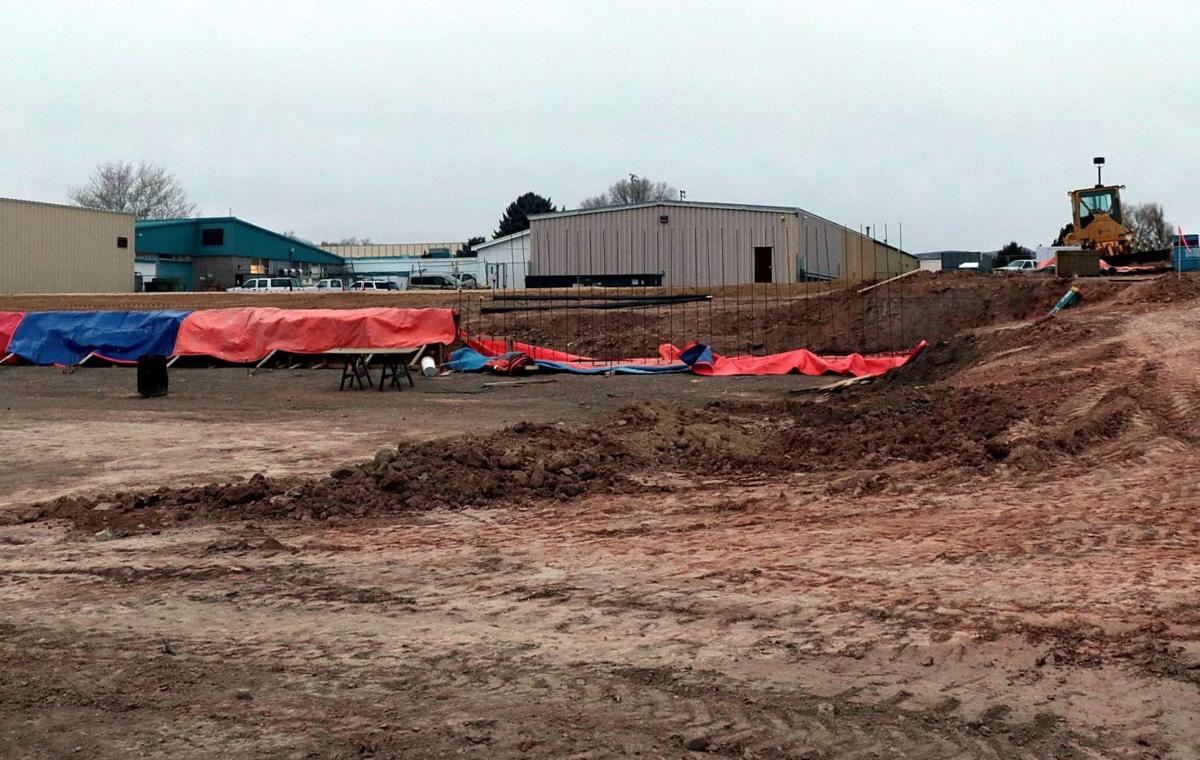 Construction gets underway at the site of a new science building on the Elko High School campus in November 2019. Work continued this month on the $9.5 million building. 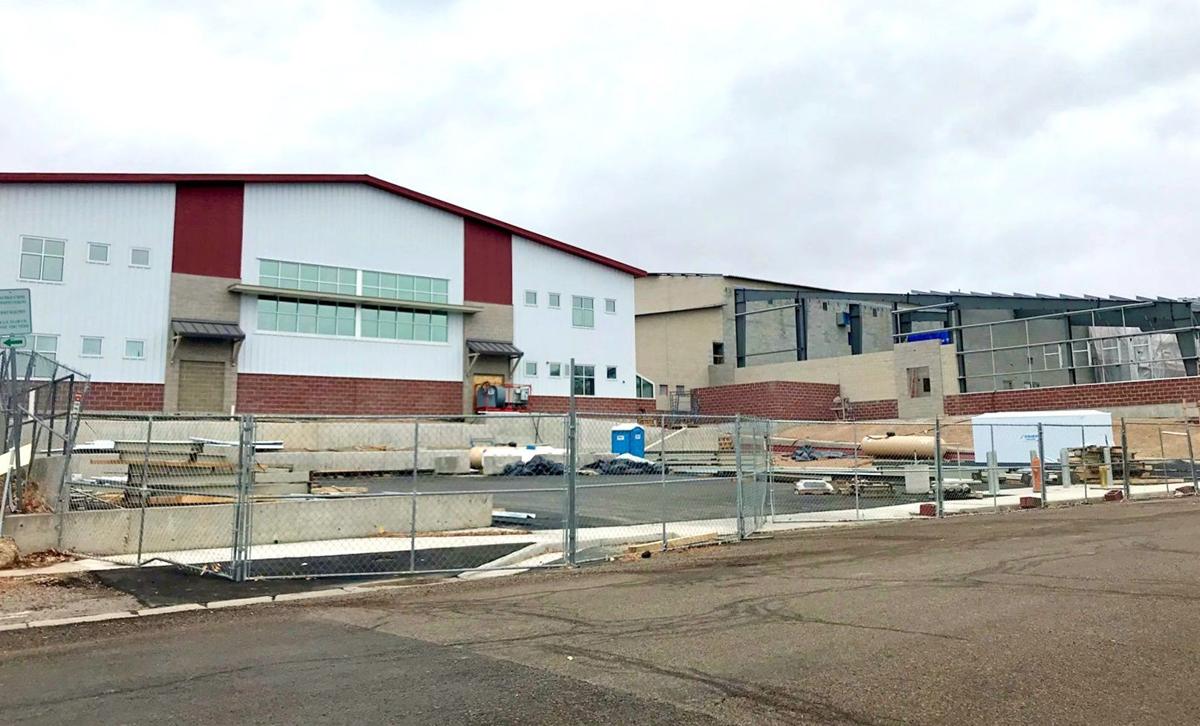 Elko High School's science and performing arts buildings, pictured on Jan. 29, are nearing completion within the next few months. 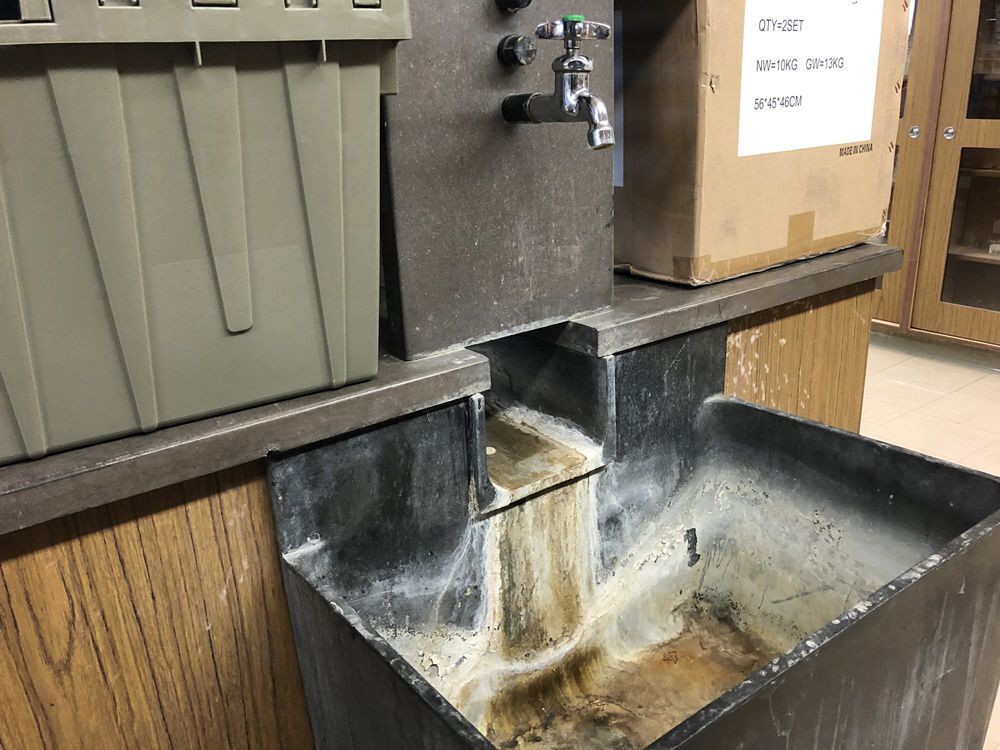 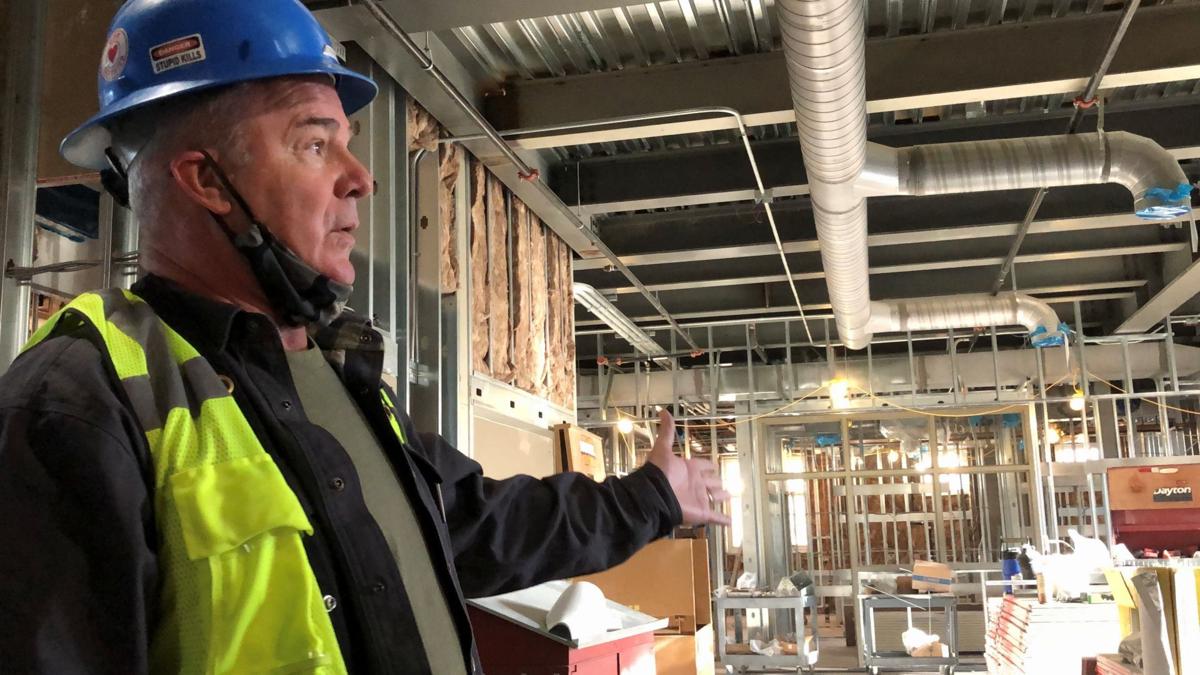 ELKO – The future of school building and maintenance projects will be in the hands of the voters as the school district decides what direction to take after the pay-as-you-go tax was defeated in the November election.

Voters will be asked to decide how the school district funds future projects — through pay-as-you-go, bonding, or a hybrid “rollover” combination — possibly in a special election in November.

State law requires voter approval in matters of school capital project financing. According to Martin Johnson of JNA Consulting Group, the funding could either come back as another pay-as-you-go tax or a bond question.

Johnson, a financial adviser to the school district for about 30 years, informed the Board of Trustees this week about their options. One of the sources for money, however, will not be the state, he said.

“The Nevada plan or the per-pupil funding plan isn’t going to be built around the idea of providing money to maintain and build new school facilities if that’s applied,” Johnson explained.

The 75-cent pay-as-you-go levy on property taxes was voted down in November by 58% of Elko County voters. In 1986, pay-as-you-go started as a 25-cent levy, increasing to 75-cents seven years later. It was renewed by the voters in 2000 and 2010, funding approximately $240 million in capital projects.

If it fails, the school district may have to turn to bonds that must also be voter-approved to pay for projects as they become a priority.

After the rejection by voters in the last election, the funding is scheduled to terminate at the end of fiscal year 2022 “and there’s nothing to replace it,” Johnson told the school board. “That 75 cents becomes available to all other local governments, and they can, if they choose, access that rate without having any voter approval.”

At the heart of the situation is Elko County’s tax rate cap of $3.66. With the 75-cent PAYG tax freed up, Johnson said local governments have applied for tax increases in the coming financial year.

Among entities looking for a slice of the pie is the Elko County Fire Protection Board, which proposed a tax hike of 3.25 cents in early April.

West Wendover was used as an example of the overlapping tax rate, Johnson explained. The city cannot propose a tax increase because they are already at the tax cap of $3.66.

The first option for the district is PAYG, which has to be approved by the Elko County Debt Management Commission by a two-thirds vote.

If PAYG returns to the voters in a special election on Nov. 9, it would be for any amount up to 75 cents for up to 20 years.

Johnson said he believed the request would pass through the commission without any problems.

“Since we would not be asking for more than the 75 cents we’re currently levying, that shouldn’t be an issue because we’re going to use the same rate or less. In which case we aren’t infringing on anybody’s ability to access tax rate for operating or capital purposes, which is the second criteria the debt management commission uses.” 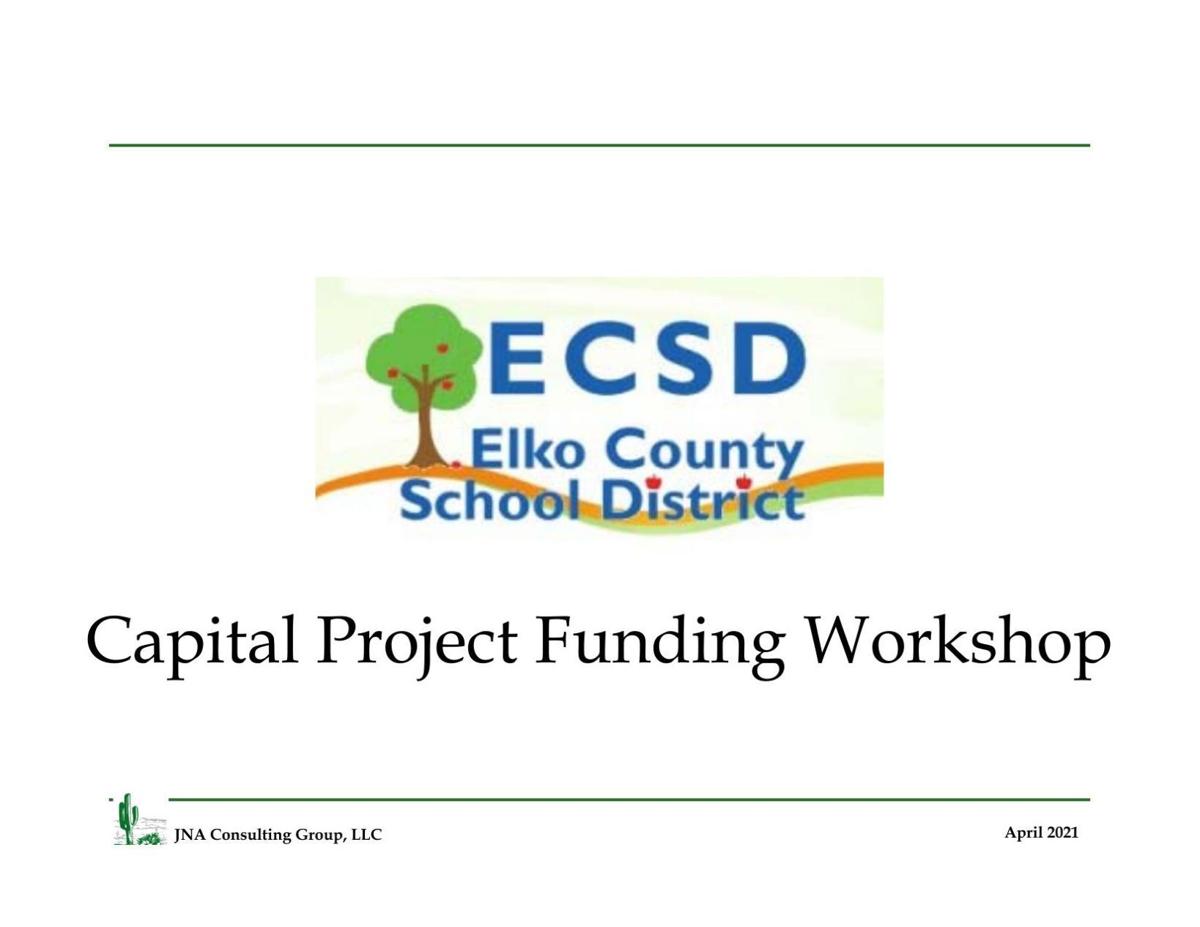 The second option is a bond question that goes to the voters for millions of dollars upfront.

“It’s still subject to whatever tax rate is available, but you are able to accelerate the receipt of funds, and you can issue bonds in phases,” Johnson explained.

Bonds are not issued upfront but as needed within a six-year window, and would be on the ballot in the 2027 general election.

Elko Daily readers are split on how much of their property tax should be dedicated to school construction and maintenance.

A third alternative is a rollover program, a hybrid of PAYG and bonds used by other school districts. That option is unavailable until the school district enacts a bond program first and requires two elections.

“You can’t get to a rollover program from a pay-as-you-go program,” Johnson said.

Overall, Johnson observed that pay-as-you-go funding would keep capital projects on time, but bonds provide quicker funds and give the school district the opening to apply for the hybrid rollover program.

“In the long run, the District will likely be best served by a rollover program which allows for both bonds and PAYG,” Johnson noted in his presentation.

But the key is voter education, he added.

Johnson advised the school board to decide no later than May 11 to start the ball rolling on the special election.

“It is extremely critical that if the district wants to control its own destiny that we come up with a proposal to put it on the ballot prior to the end of that fiscal year 2022,” he said.

“It cleared up questions that I had, and I know others had and misconceptions that were out there from the election and elsewhere,” Zeiszler said.

Cooney agreed. “I don’t know how you keep all this stuff straight, but I appreciate you helping us maneuver through this process, so thank you again.”

Pay-as-you-go, new board member set for school board on Tuesday

ELKO – Pay-as-you-go could return to Elko County ballots in an upcoming election.

ELKO – In a school year drastically transformed by COVID-19, candidates running for the school board evaluated the first weeks of distance lea…

School construction on the ballot with pay-as-you-go

ELKO – How does a tax determine the future of a community?

ELKO – The school district is receiving some help in its efforts to renew the pay-as-you-go tax that was defeated in the November election.

Dozens of teaching positions are available throughout the Elko County School Distirct.

Construction gets underway at the site of a new science building on the Elko High School campus in November 2019. Work continued this month on the $9.5 million building.

Elko High School's science and performing arts buildings, pictured on Jan. 29, are nearing completion within the next few months.