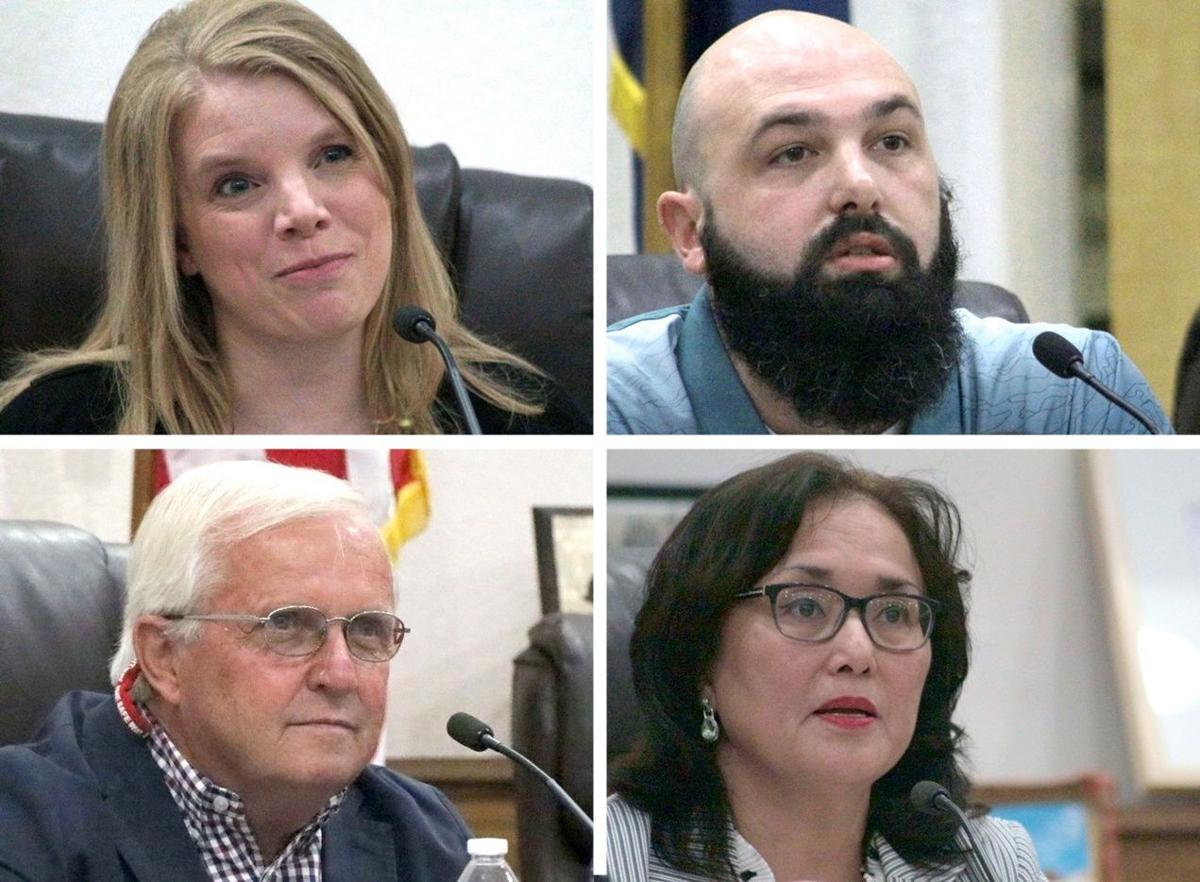 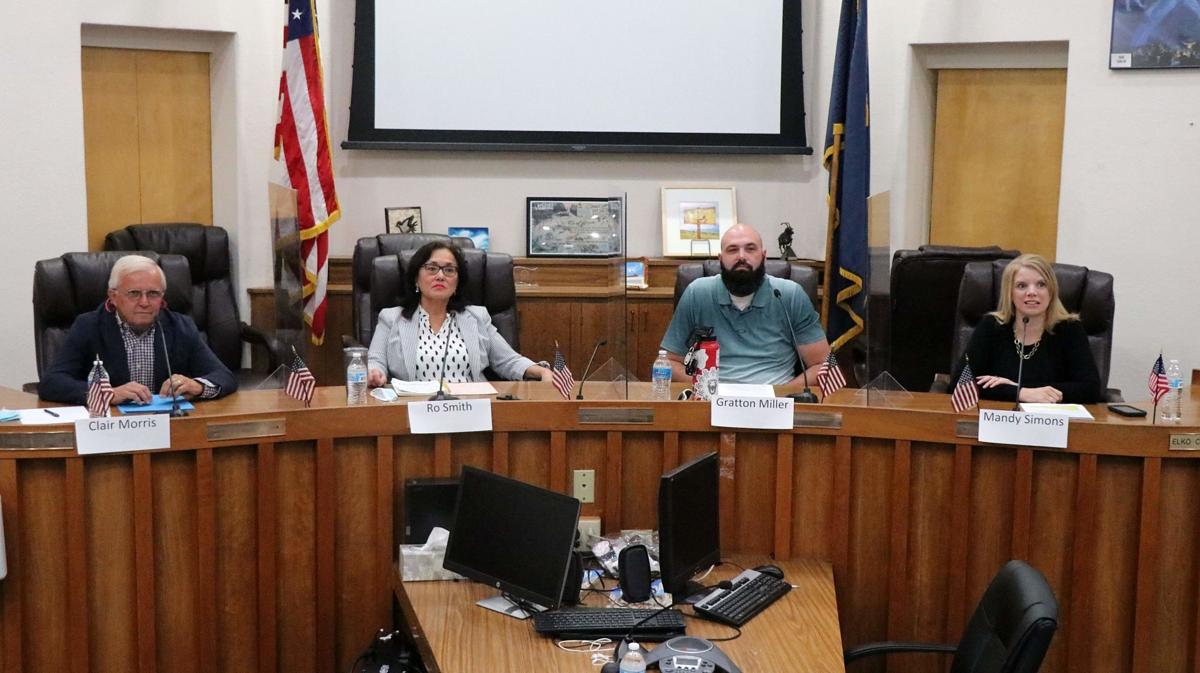 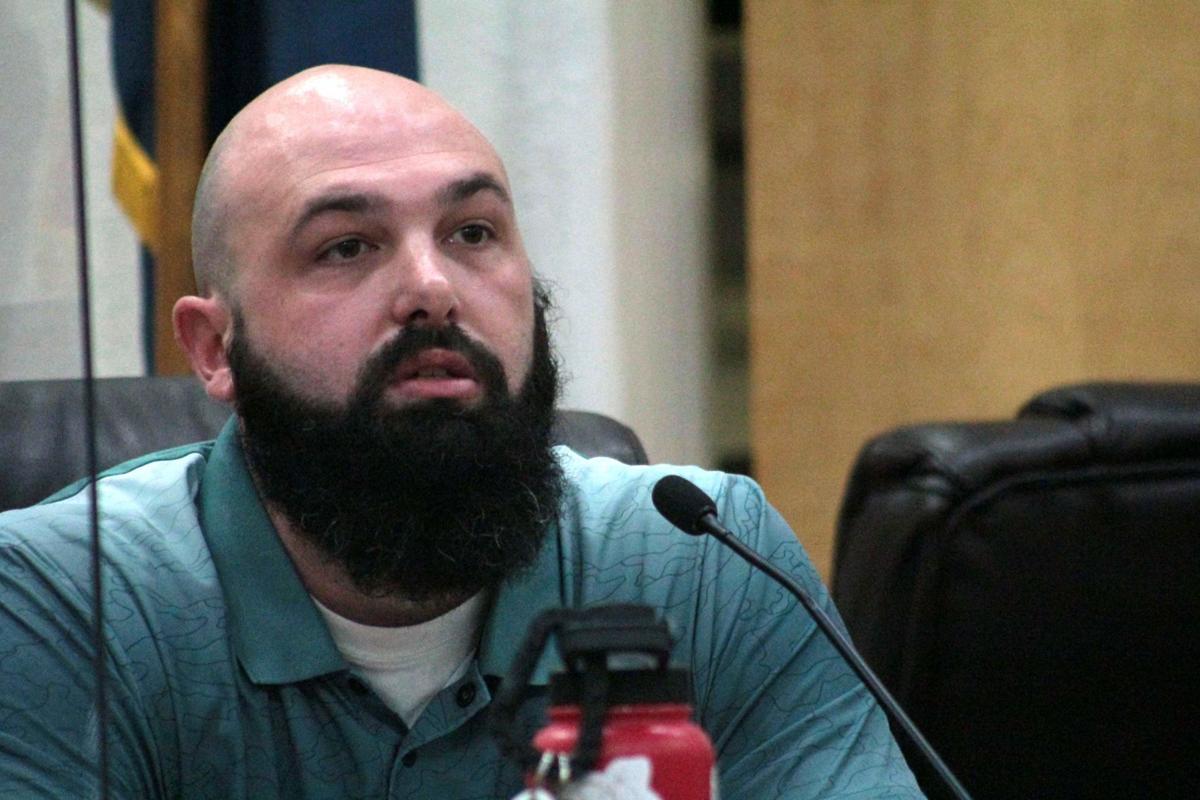 Gratton Miller, who sits on the Elko Planning Commission, responds to a question during the city council candidate forum on Sept. 16. 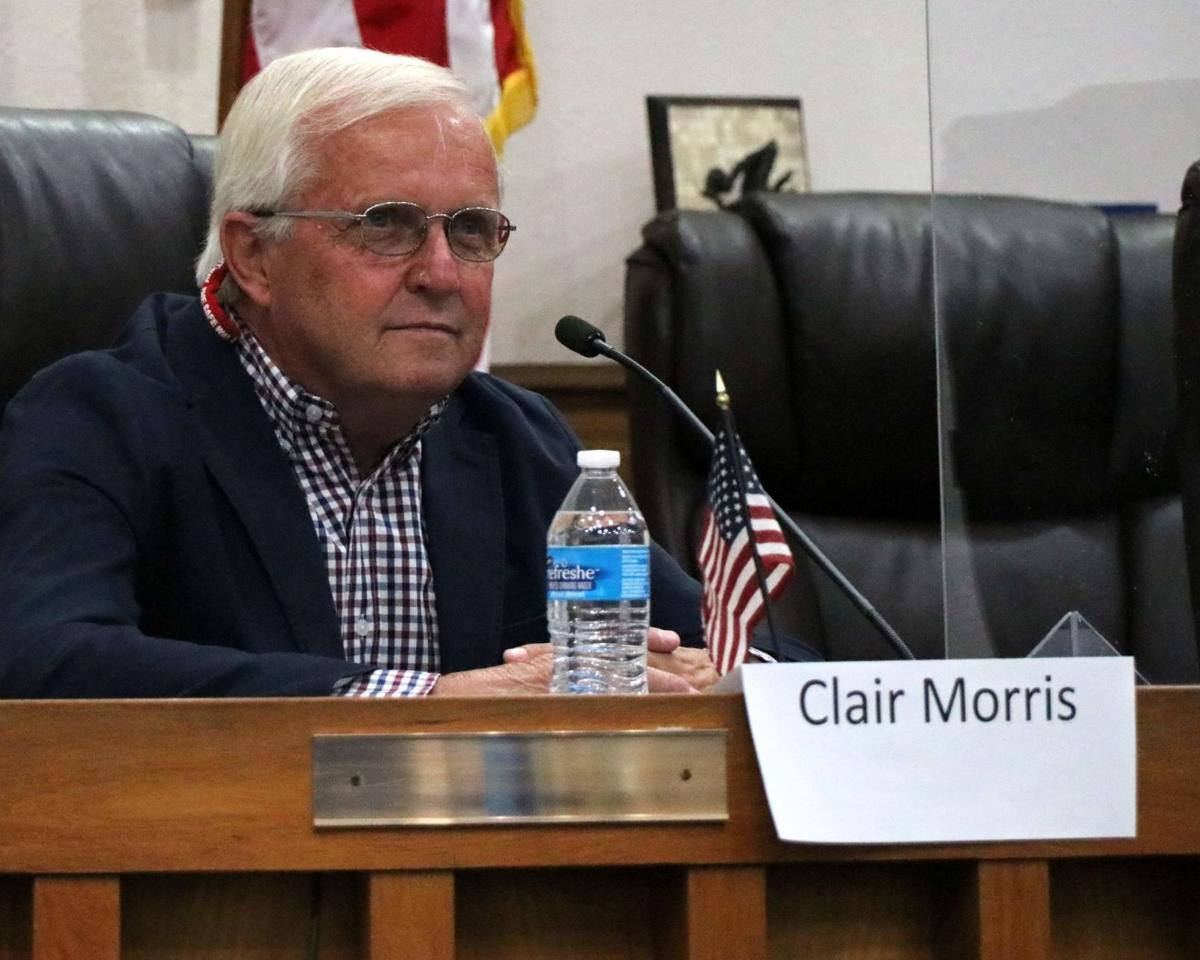 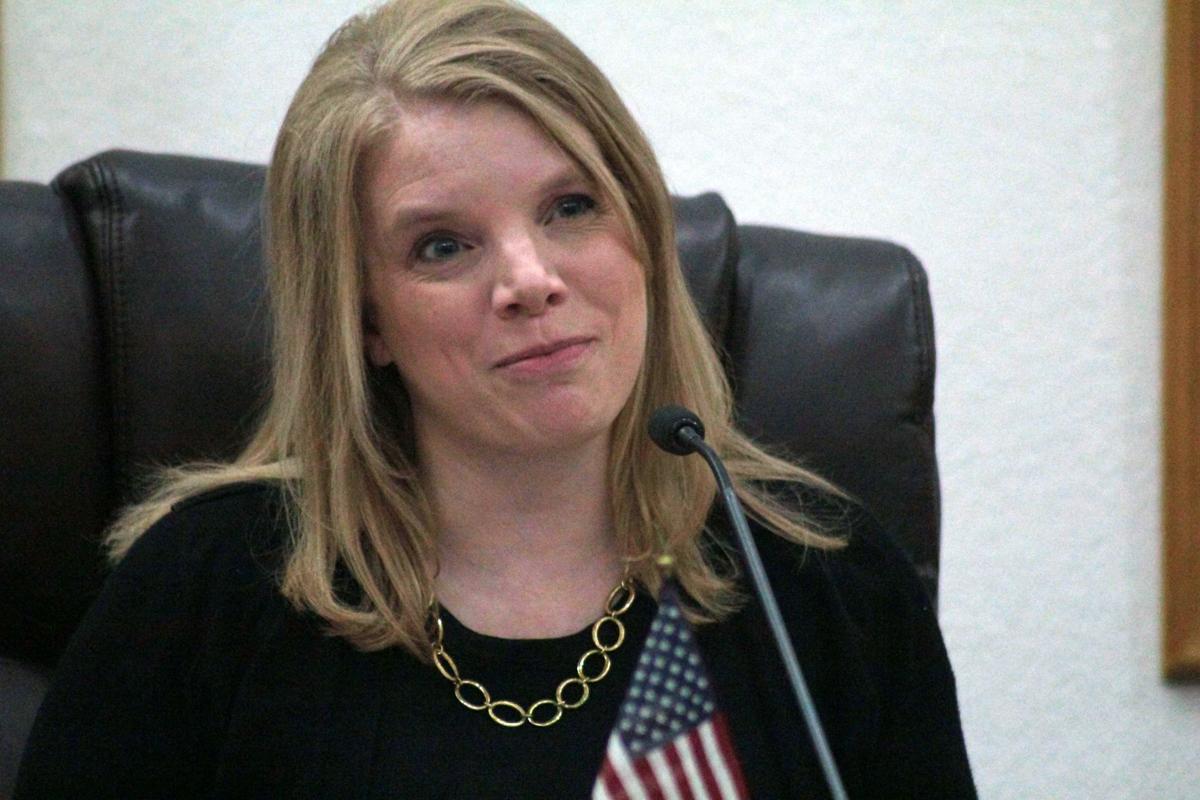 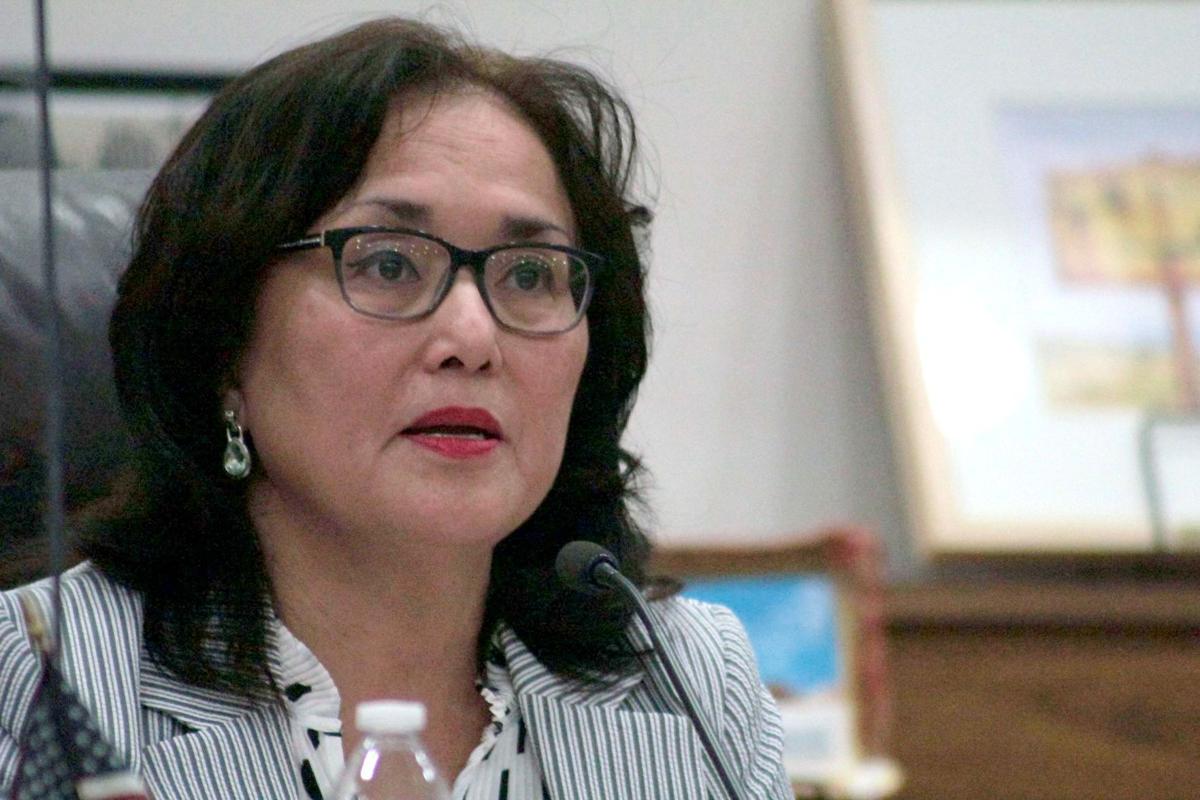 ELKO – How should Elko proceed with COVID-19 restrictions and a possible marijuana dispensary in city limits?

Those were among the questions fielded by four candidates for Elko City Council, vying for two seats up for election in November.

Incumbent Mandy Simons, along with Gratton Miller, Clair Morris and Rowena Smith, participated in the hour-long forum Wednesday evening, which included a wide range of topics on the future of Elko’s economic prospects tied to several areas, including virus regulations and cannabis sales revenue.

When asked about how the candidates would have changed any city council’s decisions regarding emergency directives, Simons answered first. She explained that most of the council’s decision-making powers in that situation were taken out of their hands, leaving them only to enforce the state regulations.

“Not a lot of decisions have been put in front of the council concerning this. Most of this has been done on a state and national level,” Simons said. “Many [decisions] were made for us. I sincerely wish the counties were given more say as to what happens in their jurisdictions, and the cities too, of course.”

Simons added her goal is to see the economy and churches reopen and schools to resume in-person learning.

Morris, a 40-year law enforcement veteran, said he agreed with Simons regarding the reopening and the fact that Gov. Steve Sisolak “is the one driving this boat. We aren’t allowed to make decisions on COVID-19 and how we’re going to react.”

One way to give local government more control would be to allow the city to investigate businesses for violations instead of having OHSA levy fines and order closures, Morris explained.

“I think it could be handled differently, and I’d like to see it done on a more local basis, but right now, with the CARES money, [Sisolak] is pulling the strings. I think the council is committed to whatever he says we have to do,” Morris concluded.

Citing her business background, running a restaurant and nursing home, Smith said she “absolutely disagrees” with Sisolak’s enforcement of directives, particularly the thousands of dollars in fines ordered by OHSA against non-compliant businesses.

“We can do so much without punitive damages and OSHA … coming into our rural communities,” Smith said. “I love Elko, but unfortunately, our hands are tied. The local leaders’ hands are tied.”

Miller, who also sits on the Elko City Planning Commission, criticized local leadership. “Our local leaders have not pushed masks or at least been leaders in taking the brunt of all the backlash to it,” he said. “... They should be following CDC regulations and practicing personal responsibility.”

Miller agreed with the rest of the candidates that the City Council would remain required to follow state directives, but said that until the county’s virus infection rates fall, “we’re not opening anything.”

“We’re not bringing in people to visit and travel and spend money in our shops. Until we figure this out, or until we all have a tacit agreement with it, this is going to continue to wreak havoc on our community,” he said.

When the panelists were asked about maintaining the city’s moratorium on marijuana dispensaries, should the state allow Elko County more dispensary licenses, Miller and Smith voiced their support for lifting the ban.

“I think we should absolutely open up the city to having that extra source of income,” Miller said, suggesting the dispensary could be located next to the Elko Police Department. “Our sales tax … and room tax has plummeted. We need to find a new revenue source, and we need to do it now. Is that going to solve all of our problems? No, but we can do it.”

Smith, a registered nurse, said her research into the biochemistry of cannabis “had so many values,” but stated the issue had “Constitutional aspects” for Elko.

“Citizens of the United States have the right to lead a prosperous and healthy life,” she said. “They have a right, and their freedoms are involved in testing other naturopathic [methods]. Hopefully, Trump will de-schedule it from Schedule 1.”

Conversely, Simons and Morris stated they were both against a potential marijuana dispensary in Elko and would keep the moratorium.

Recalling the debate over marijuana dispensaries more than two years ago when the city council approved a ban on medical and recreational establishments, Simons said the experience taught her that some people benefited from medical marijuana. However, she still wants more federal studies on cannabis.

“As far as recreationally, if it’s a medicine, why would I use it?” she asked rhetorically. “I don’t want my kids to use a cough drop recreationally. I don’t get the recreational use of medicine.”

Morris, a former chief of police and Elko County undersheriff, cited his four decades of law enforcement experience for his stance against a dispensary, saying that it could “give kids one more avenue to get marijuana.”

Pointing to the Elko Band’s Newe Cannabis dispensary that opened in April, Morris said, “We have to wait and see what impact it has on our community. But you can ask any methhead, or any heroin addict what the first drug they tried as a kid is, and they’re going to tell you marijuana.”

Simons is running for her third term in office. City Councilman Robert Schmidtlein declined to run for a third term.

The city council forum was the third in a four-part series of candidate Q&As sponsored by the Elko Area Chamber’s Government Affairs Committee, moderated by Matt McCarty of the Great Basin College Foundation and live-streamed on the Elko Daily Free Press Facebook page.

How successful do you think the city’s downtown revitalization matching grant program has been, and what changes would you like to see in the …

How successful do you think the city’s downtown revitalization matching grant program has been, and what changes would you like to see in the …

ELKO – Out of four people who vied for two seats on the Elko City Council this year, incumbent Mandy Simons and candidate Clair Morris garnere…

Gratton Miller, who sits on the Elko Planning Commission, responds to a question during the city council candidate forum on Sept. 16.