US colleges rethink next semester due to virus rise. Get the latest on COVID-19

ELKO – A group of peaceful protesters that held a June 4 rally in response to the death of George Floyd is planning another rally on Thursday.

The Elko Solidarity Rally will march from City Park to the Elko County Courthouse at 6 p.m.

The group’s June 4 event at the Elko County Courthouse drew about 200 people, according to organizer Nicole Bowers.

“We did a moment of silence” for 8 minutes, 46 seconds, said Bowers. That was how long Floyd was pinned by a Minneapolis police officer’s knee when he died while being arrested.

“To be honest with you, thinking about it, you don’t think that is that long,” she said. “It is ‘so long,’ and that is something that impacted both me and the crowd, how long that time was. For George Floyd to know that he was essentially going to die and calling out for his mother, it’s heartbreaking.”

Bowers said Pastor Nathan Hornback led the group in prayer. Then they marched around the block a few times.

“Everything was very peaceful and everyone followed all of the traffic laws. We did not block any streets,” she said. “I think everyone did an outstanding job.”

After the gathering, however, police reported that a person driving by the rally in a vehicle brandished a weapon. The video was posted on Facebook.

“I saw the video,” Bowers said. “That is extremely unfortunate. There were also some photographs taken and comments made about ‘We hope these people step out of line so we can use our new guns.’”

No one at the rally saw the firearm. According to Bowers and police, because no one felt victimized no charges can be brought against the perpetrator.

“I think they want us to be scared,” she said. “We shouldn’t be in our own community. This is my home, I have raised my children here. We will not be deterred from our message.”

Floyd’s death was followed by peaceful rallies in many cities around the world, as well as some riots. A new wave of protests started over the weekend in Atlanta after a white police officer fatally shot 27-year-old Rayshard Brooks during an arrest. The city’s police chief resigned.

Bowers said she and others have been working on plans for the second “Elko Solidarity Rally” to be held June 18.

“I think through peaceful protest where we show our solidarity we have to uncover things we can work on in our community,” Bowers said. “This isn’t about hating police officers. Just because reforms need to be made in the justice system does not mean we hate police officers. We just see something that needs to change and we want that change for everyone in this country. We all have the same protection under the Constitution.”

Bowers said that even if people do not understand what the group is trying to accomplish she encourages them to come and speak with those there to understand the cause through open dialogue.

“This community is special in that way” Bowers said. “We do come together in times of need and that needs to be felt, especially by people of color in this community, that they are supported.”

(Meet at the Basque Guernica mural)

Social distancing guidelines will be in effect and masks are encouraged.

Solidarity Rally on June 4 in Elko

A view of the crowd at a June 4 solidarity rally in Elko. 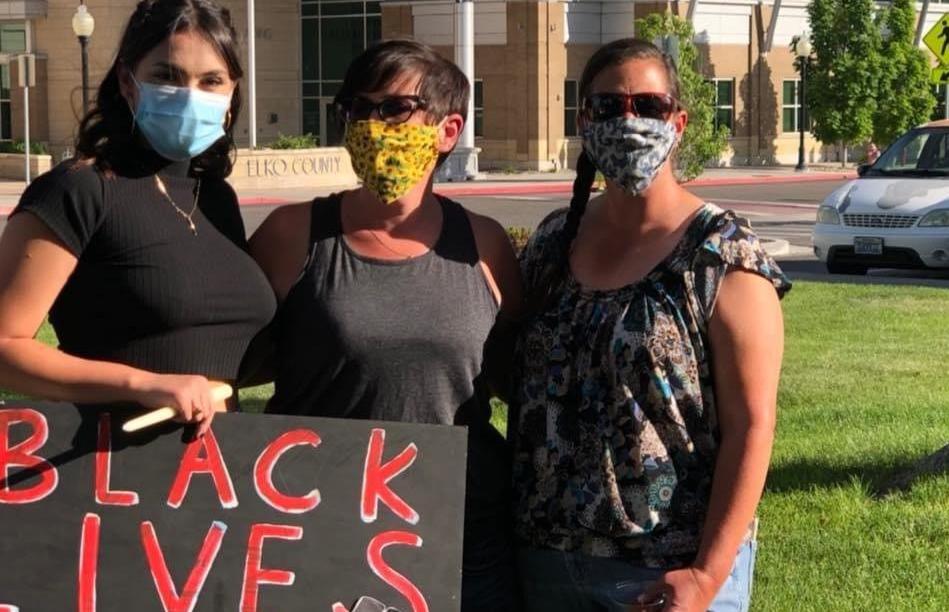 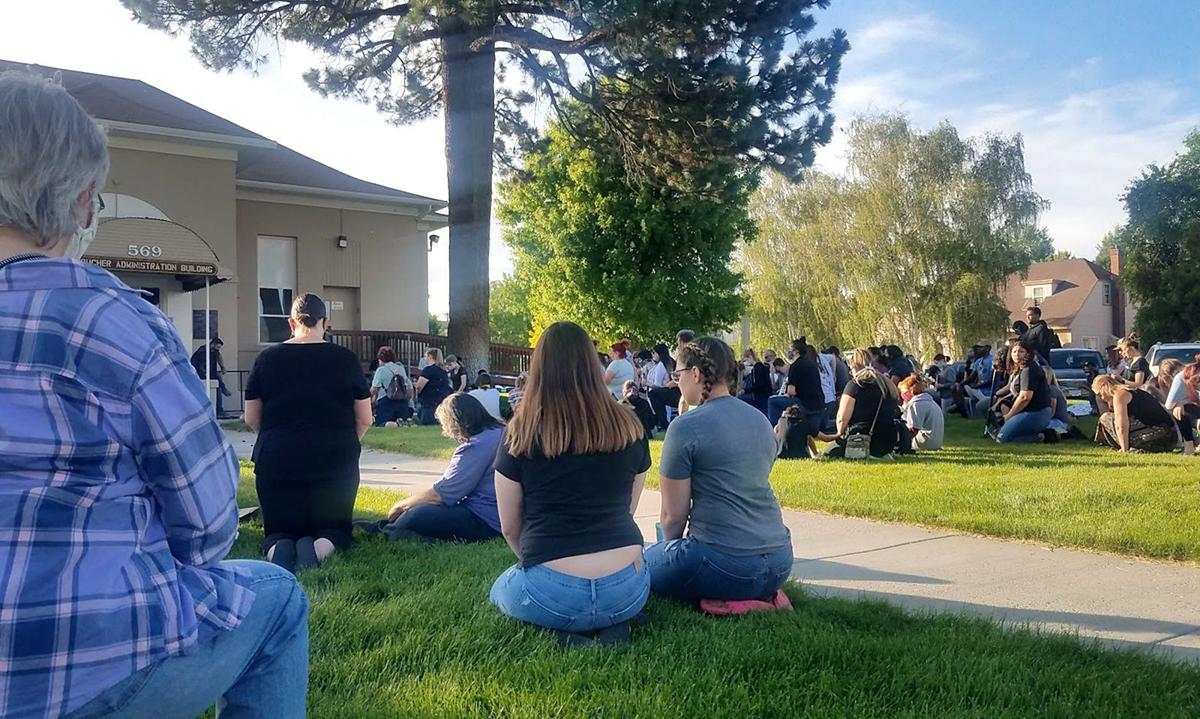 People kneel for eight minutes, 46 seconds at a June 4 rally on the lawn of the Elko County Courthouse annex, in remembrance of George Floyd.