Local Bureau of Land Management officials are tackling the new trials and tribulations with technology and altered techniques.

“For BLM Nevada and Elko District, the last couple of months we have been about 85 percent teleworking,” said Gerald Dixon, Elko BLM district manager. “We were never closed.”

Dixon was speaking mostly about office employees. Managing temporary fire crews in the field is going to take much more preparation.

“Typically we do our hiring in January and we bring our folks on in March, April and May,” said Matt Murphy, BLM fire management officer. “A lot of group training gets completed in a group setting. We hit the first of March and we shut the state down.”

Murphy said he had hirees shelter in place in other states until they could “join the work family.”

“We can’t sit six feet apart from each other in a fire engine,” Murphy said. “We are going to be around each other in close quarters. They need to look out for each other.”

Murphy said he and other regional fire managers have come together to develop safe practices.

“We have definitely increased the PPE (personal protective equipment),” Murphy said. “We usually ask our folks to be self-sufficient on a fire for 48 hours. This year we are asking for 72 hours.”

That means crews must travel to a fire site with enough food and water for that time period.

“We have revamped the entire process of how we are serving food on fires,” Murphy said. “We used to be able to just walk through a line and people would sit and eat in big mess halls. I think those days are done, at least for this year. We are not gathering in large groups. Folks are going to be given singly-packaged meals and go back to their crews in dispersed camping.”

Murphy said the agency typically brings on about 150 temporary crew members during peak fire months. Leaders in the agency are encouraging temporary workers not to mingle while living in hotel rooms in the community.

“Support our local businesses, but let’s minimize the impact,” Murphy said. “We are also checking temperatures twice a day to monitor their health.”

Murphy said when teams normally go out it looks like a “football field filled with people.” Now it is going to look like there is a much smaller fire-fighting resource because workers will be spread out across the landscape and using technology for large briefings when they can.

“Fires don’t happen just inside of cell service,” Murphy said. “We will have to rely heavily on radio repeaters.”

He said that nationwide the agency is looking into new options for people in the field to connect to the internet.

“There are companies out there where they can take satellite and turn it to Wi-Fi to download maps and briefings,” Murphy said. “Luckily for us this [pandemic] started in March and our fire season is June, July and August. The Southwest has been stuck with the hit in March, so they had to figure it out while responding to fires.”

Murphy said many of his workers come back every year. Approximately 60 percent are familiar with the territory under normal fire conditions. Now they will face new challenges fighting local fires while striving to keep a killer virus at bay.

“We are looking at an above average fire season,” said Clint Mothershead, mitigation education specialist. “I try to reinforce to the public and homeowners to take care of the fine fuels around their homes. In the last five years since we have been doing more community outreach we have noticed, especially in Spring Creek, a lot more people are taking it seriously.”

“If you call 911 about a wildfire they are immediately gong to transfer it over to our dispatch center,” said Murphy.

“The majority of our fires are lightning caused, but when you throw the human caused element on top of that, it stretches our resources so thin,”

Dixon said, “That is why we emphasize doing your part in the community.”

ELKO – Elko County and nearly all of the eastern half of Nevada are under a red flag warning for fire danger on Saturday, and fire restriction…

ELKO – Lamoille Volunteer Fire Department members are hoping county commissioners will award a bid next week for a new fire station in Lamoille.

Two fires near Elko in past two days

Target shooters may have started fire near Elko

ELKO – Target shooters may have caused a fire Sunday afternoon that burned more than an acre off North Fifth Street. 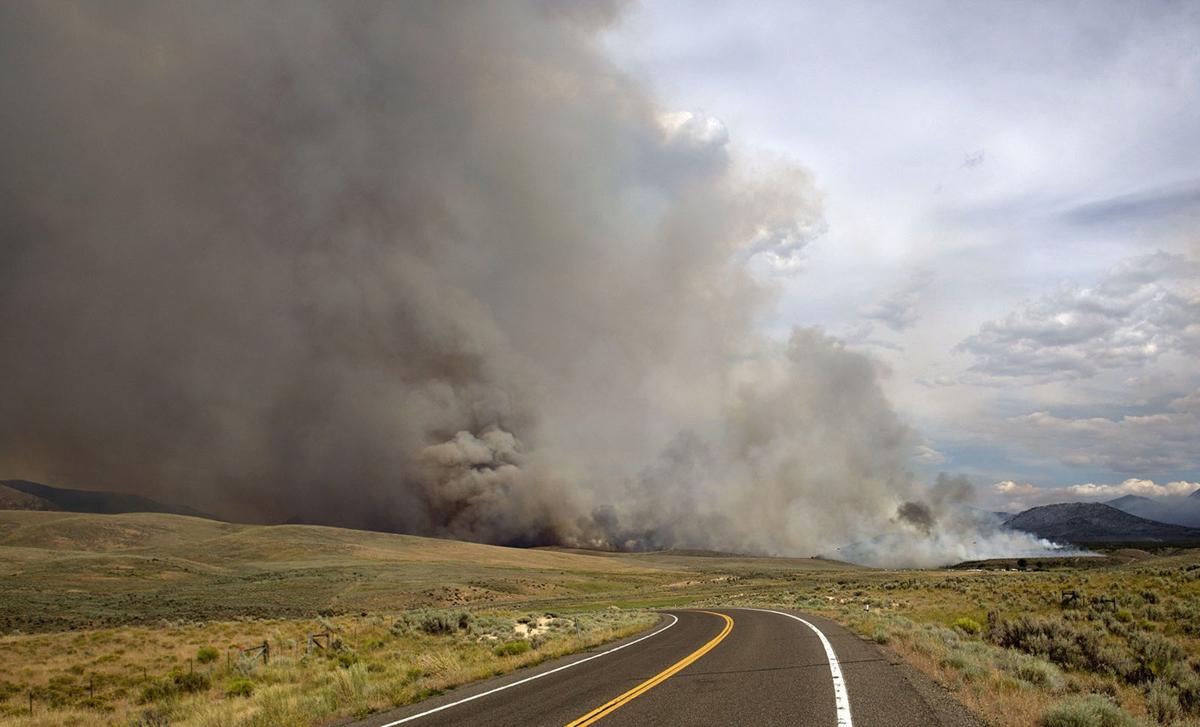 The Corta Fire sends smoke into the Ruby Mountains on Aug. 5, 2019, as seen from the Jiggs Highway. The fire had burned approximately 8,000 acres and forced the closure of Harrison Pass Road. 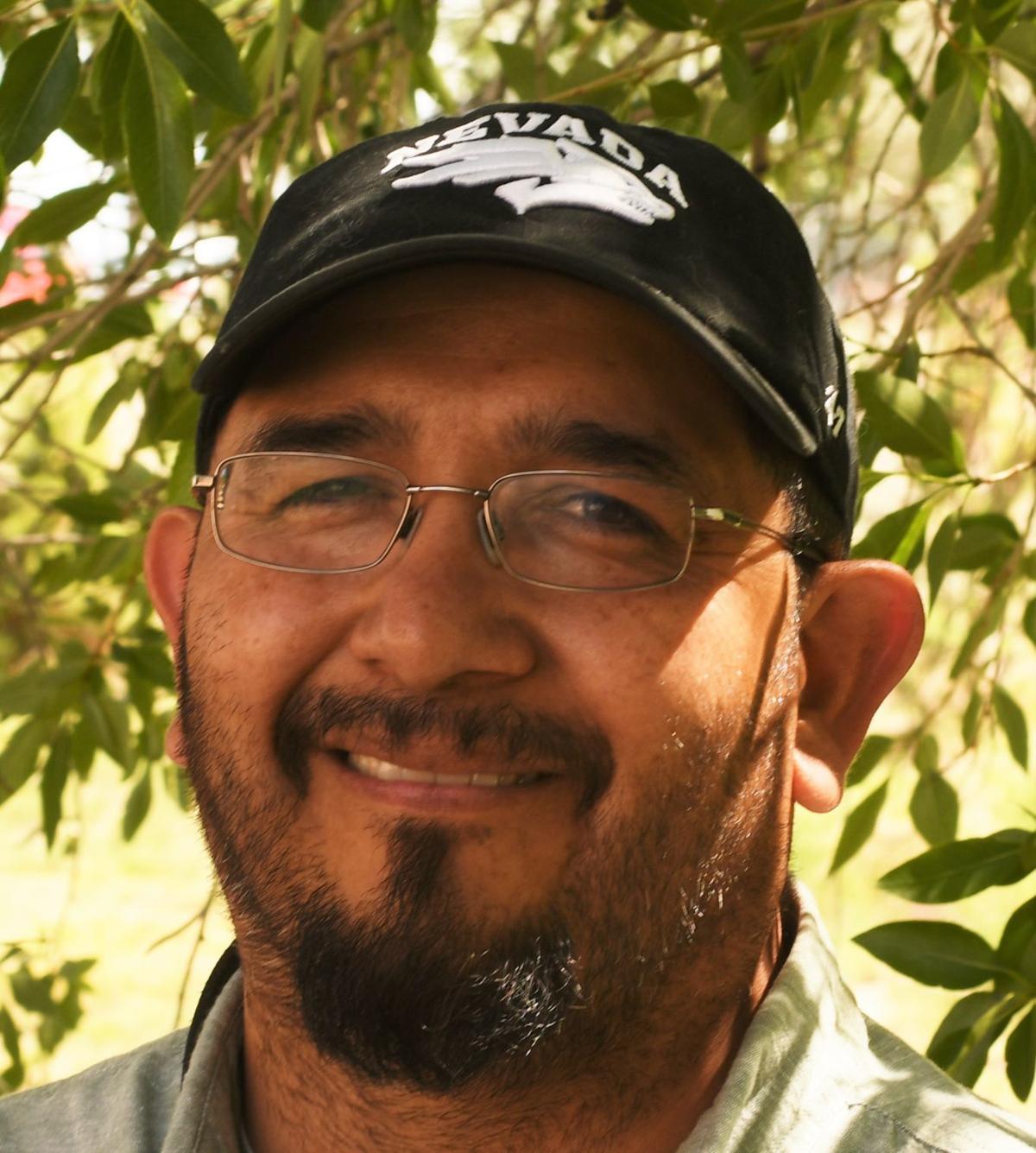