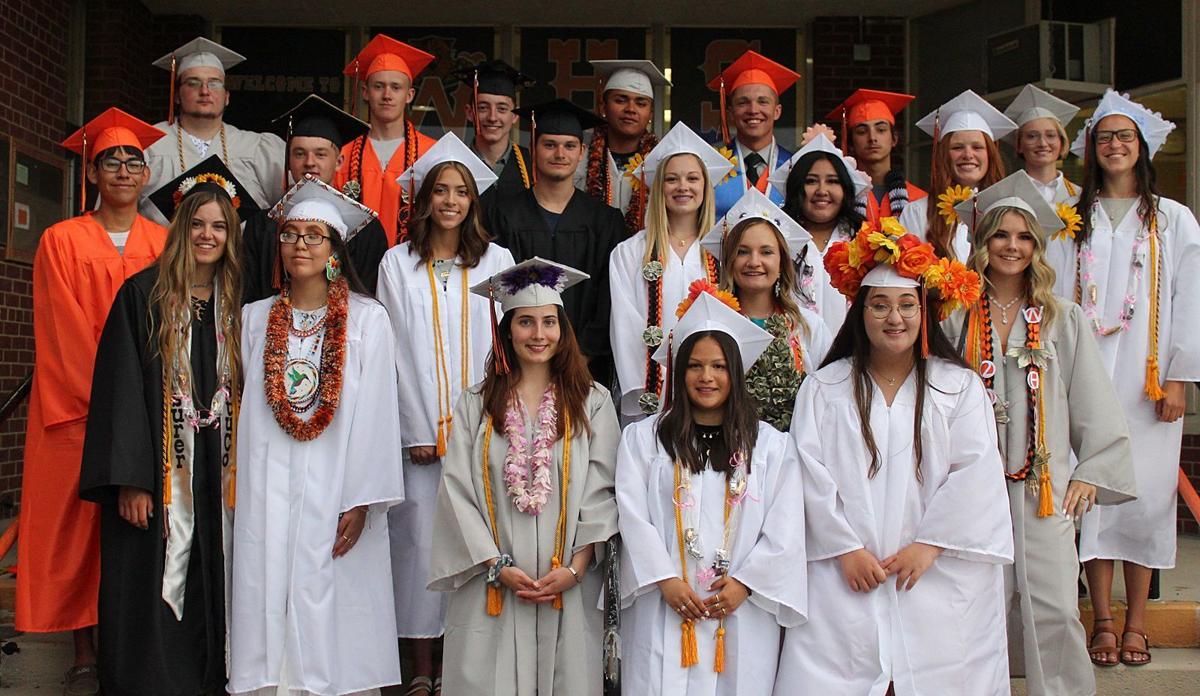 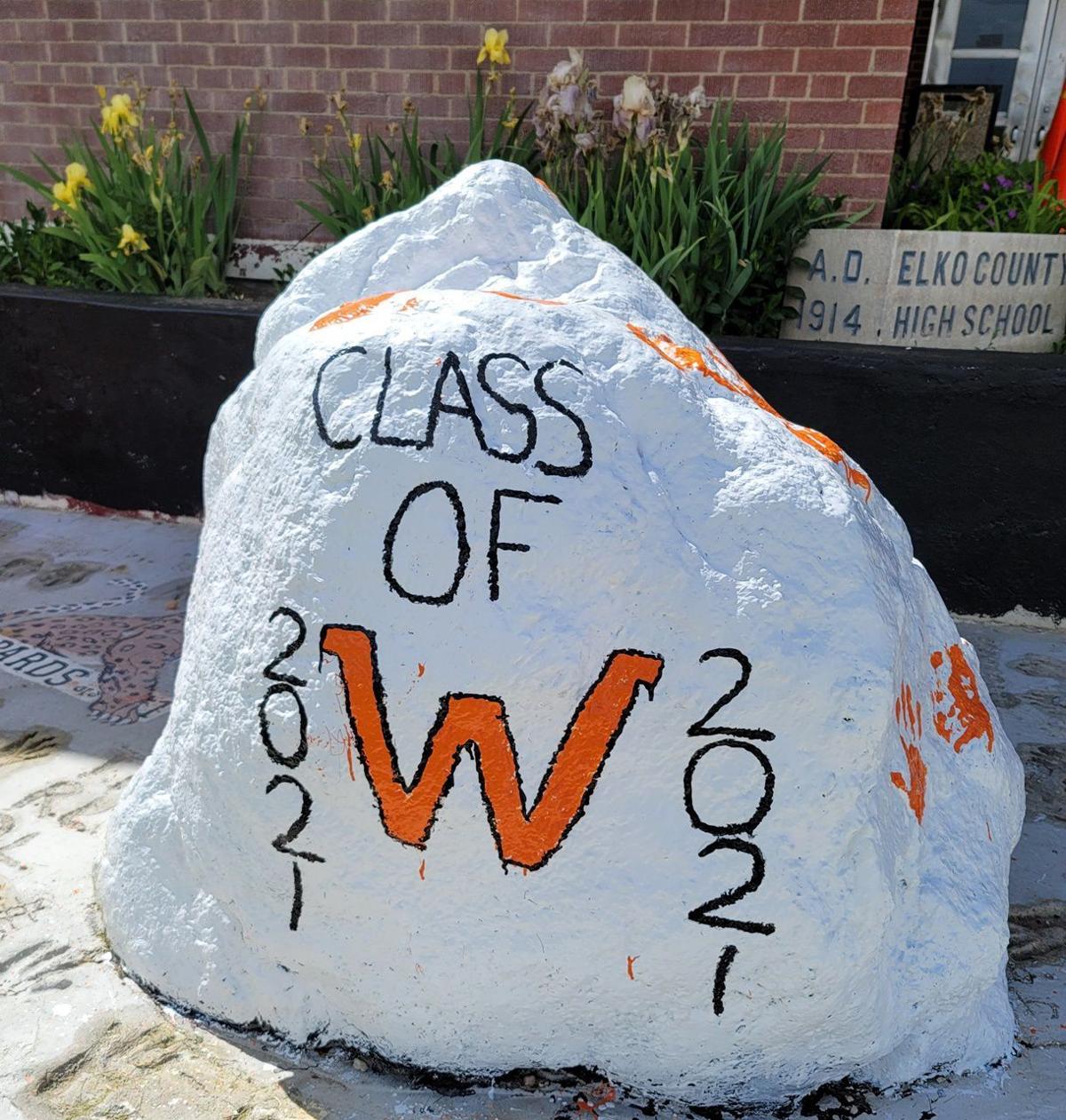 WELLS — On June 4, an hour before the 2021 graduation began, thunderstorm weather with wind hastily changed location plans for the ceremony from outside at the football field to inside the high school gym where the final salute to the seniors was made.

There was no guest speaker but senior class president Brody Middleton and vice president gave their speeches to the 22 graduates who mostly wore orange or white caps and gowns while a few wore black. Teresa Dastrup was on stage representing the Elko County School District Board of Trustees.

Earlier in the week the seniors walked with their cap and gowns to the Wells Elementary school, where many of them had begun their education path.

On June 3 the Junior/ Senior High awards were given mostly to seniors but also to the other grade levels. Some senior awards were held until the graduation ceremony.

On May 25 a steak fry was held at the Elton Pavilion in the Wells city park for a community celebration. The Seniors were showered with donations and gifts.

The Wells High School “WHS” rock by the school’s front door was painted white this year, a color chosen by the class that will remain until next year’s seniors graduate. The painting of the rock is a very old WHS tradition and changes every year.

Olympians past & present reflect on Tokyo 2021

Wachtel will swing at Pinehurst Resort

She will have the opportunity to swing her clubs on three of the courses at Pinehurst Resort — consisting of nine 18-hole courses — which has hosted three U.S. Championships, one U.S. Women's Open, three U.S. Amateur Championships, a PGA Championship and the Ryder Cup.