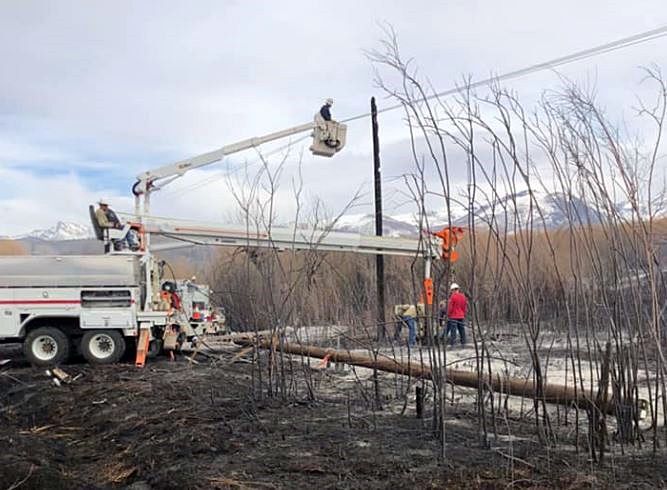 NV Energy works to restore power along Clubine Road in Lamoille after an agricultural burn got out of control. 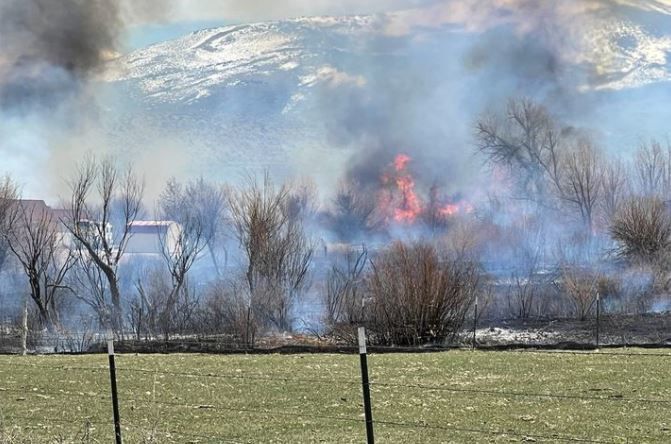 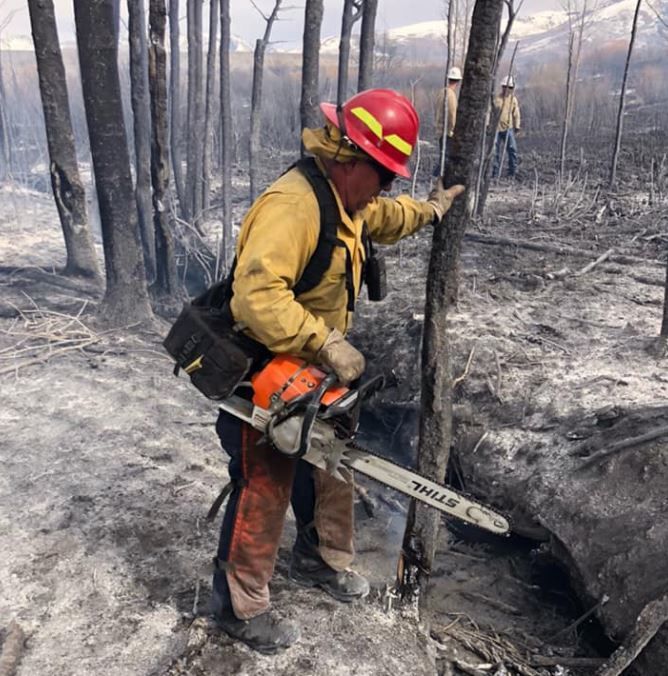 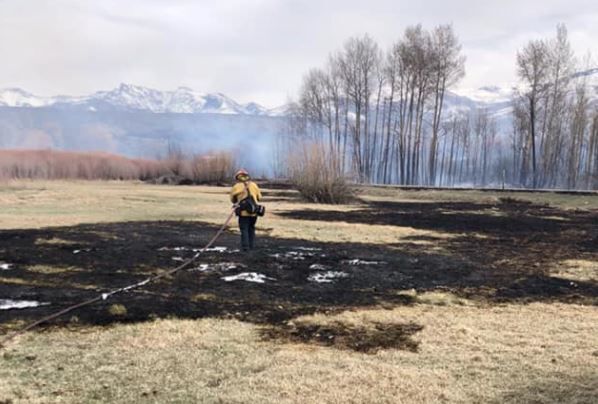 ELKO – An agricultural fire that got out of control Wednesday afternoon in Lamoille was extinguished by nightfall but left some residents without power, according to the Elko County fire department.

NV Energy was repairing power lines and poles that were damaged, and fire crews remained on the scene overnight.

It was the fourth significant wildfire to start this year. A fire near Metropolis burned 62 acres in March. Another blaze in February burned nearly 30 acres near Elburz. And a fire that started last Friday burned 240 acres in Ryndon.

Firefighters have been toned to several reports of residential burning after permitted hours, according to the county. The current hours that the county allows controlled burning are from 6 a.m. to noon. You must have a burn permit and notify Dispatch at 777-7300 prior to burning.

Other open burning regulations include:

Amazon appears to have votes to block union effort

Amazon appears to have votes to block union effort

LDS temple to be built in Elko

Elko's stake was organized in 1942

A deputy spotted McDaniel’s vehicle near the roundabout

As has become customary with President Russell M. Nelson, president of The Church of Jesus Christ of Latter-day Saints, in his final address o…

NV Energy works to restore power along Clubine Road in Lamoille after an agricultural burn got out of control.