ELKO – A former law enforcement officer made a bid for the city council as one councilman announced he was stepping back from public office.

Clair Morris, who served as Elko’s police chief and undersheriff, filed the same day as Robert Schmidtlein announced he would not be running for a third term.

Morris joins candidates Rowena Smith, a registered nurse who made her bid official last week, and incumbent Mandy Simons, who is running for re-election.

“I’ll have a hard time walking away, but it’s time for me to step aside and let someone else bring new ideas to the community,” Schmidtlein said.

He made his announcement Tuesday to the Elko Daily Free Press. Vice president of Canyon Construction Co., upon election to his first term in 2012, Schmidtlein became president six years ago.

“Currently, my partners at Canyon are nearing retirement, so my day-to-day responsibilities will intensify,” he said. “I also want to start focusing on my personal life.”

Morris, who has a four-decade career in law enforcement, said running for city council was “an opportunity for me to give back.”

“I don’t have any grudges or any things to pay back. I don’t owe anything to anybody. No one owes me anything. ... I’ll base my decisions on the facts they present and my values and morals, and we’ll go forward,” he said.

Elko Chief of Police between 1999 and 2005, Morris also served as undersheriff from 2012-2016, retiring 40 years after he began his career in law enforcement. He also worked as a security manager at Newmont for seven years.

Morris said his experience as a police chief gave him an understanding of how the budget process works. Although law enforcement is “near and dear to me,” he would consider each department’s financial needs carefully in his decisions, should he be elected.

Researching the facts and the issues is another part of the job Morris said he felt he could easily handle.

“I’ll do a little investigating myself, that’s my background,” he said, “just to make sure that I know what’s going on before they come on the board that night.”

Morris and his wife of 46 years still make their home in Elko.

“We’ve been here our whole life and look forward to staying here until the end.”

Being retired and not having any outside interests, Morris said he feels he can dedicate his full attention to the city council.

“I’ll be fair and impartial. I’ll listen to both sides of the story and make the best decision I have with the facts presented and base that vote on my conscience and my values,” Morris said.

During Schmidtlein’s time in office, he pointed to multiple accomplishments the city council made.

One of the major ones was hiring now-former police chief Ben Reed and building the new police station, which went hand-in-hand with enforcing a new liquor code.

“When I took office, we received a matrix report that stated our police department was in disarray. We also had issues with the downtown corridor bars,” Schmidtlein said.

“We pulled three liquor licenses and denied one, so I feel that we’ve done a good job with that to make Elko a safer community.”

The efforts resulted in “better enforcement” of the corridor, which reduced overserving, underage drinking, fights, shooting and stabbings.

“We had to get all of the bar owners to enforce the new liquor code,” he said. “Over the years, we were able to clean up the corridor to initiate a more family-friendly environment.”

He also pointed to the waterline extension near Exit 298 that resulted in the construction of the 150,000 square-foot Komatsu Equipment Co. service center.

“It was a huge $48 million investment Komatsu put into the community,” Schmidtlein noted.

He holds multiple duties on the city council, serving as mayor pro tempore. He is the liaison for the Elko Fire Department, Elko Police Department, landfill, Elko County Commission, RTC and finance.

“I’ll continue to carry out my duties until the end of my term,” Schmidtlein said.

Schmidtlein said as he steps away, he does with the city “in a strong position,” giving credit to past and current city council members, along with City Manager Curtis Calder, former Mayor Chris Johnson, and Mayor Reece Keener.

“I’ll be leaving the city in a good position,” he said.

When Schmidtlein ran for office in 2012, he said it was after “taking from the community for about 30 years.”

“I wanted to give back, and that is the main reason why I ran for the city council.

A 30-year resident of Elko, Schmidtlein, said his “heart and soul is in Elko. It always will be.”

“I’m very thankful for being a resident of Elko for the simple fact that our community is a very strong and giving community, I feel I helped make Elko a safer place to live than when I took office eight years ago.”

ELKO — “It’s a career. It’s not a job. You got to get into it and jump in with both feet,” said Undersheriff Clair Morris, after the Elko Coun…

Businessman bids for school board

ELKO – Robert Leonhardt became the second candidate to file for the Elko County School District Board of Trustees on Wednesday, two days after…

ELKO – Could the second time be the charm for registered nurse Rowena Smith, who filed to run another campaign for the city council?

Incumbents and newcomer line up for November ballot

ELKO – Four candidates threw their hat into the ring on the first day of election filings on Monday.

County, city and school board races set in 2020 election

Merkel: You can't fight the pandemic with lies 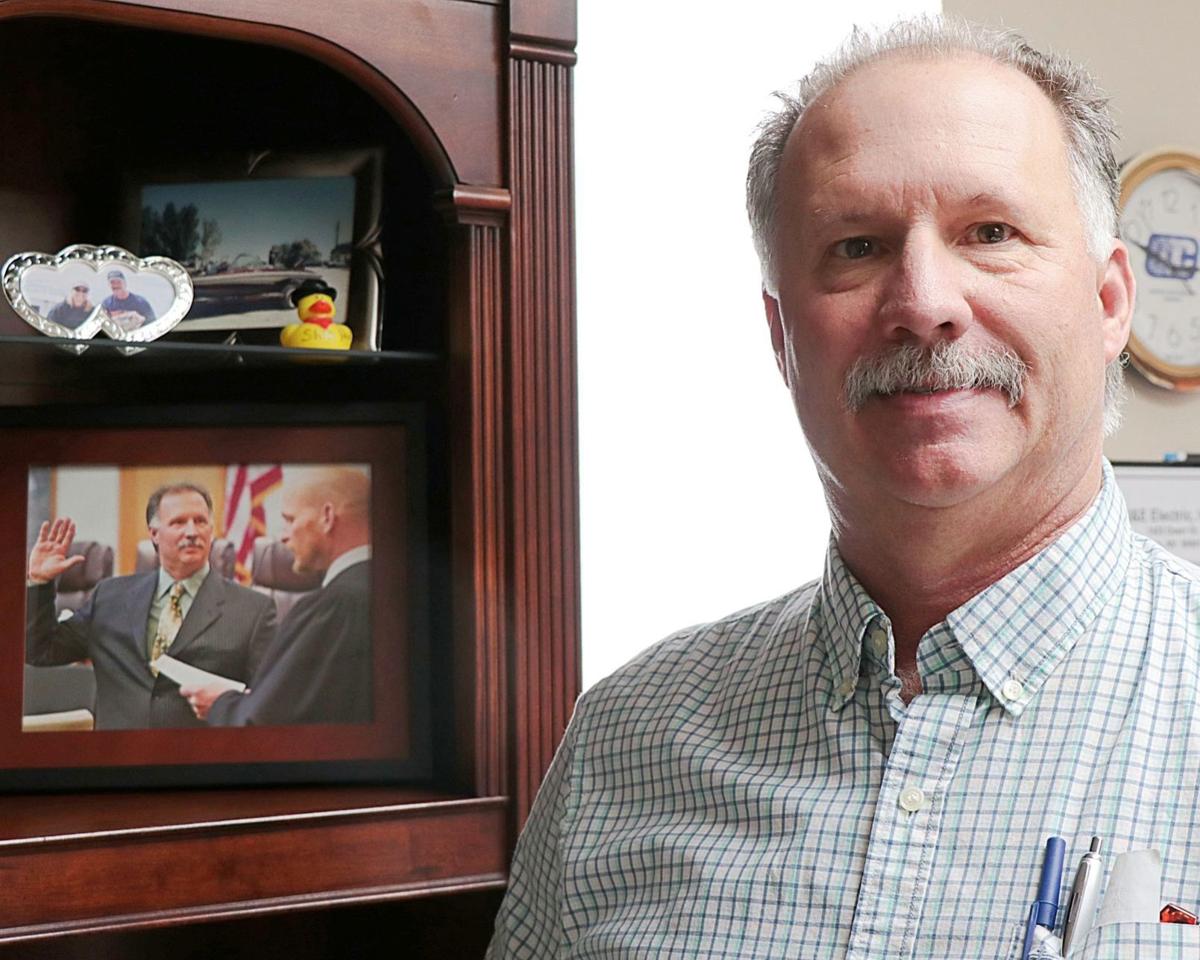 Elko City Councilman Robert Schmidtlein stands next the photo of his first swearing in ceremony in 2013. Schmidtlein announced on March 10 he would not run for a third term on the city council. 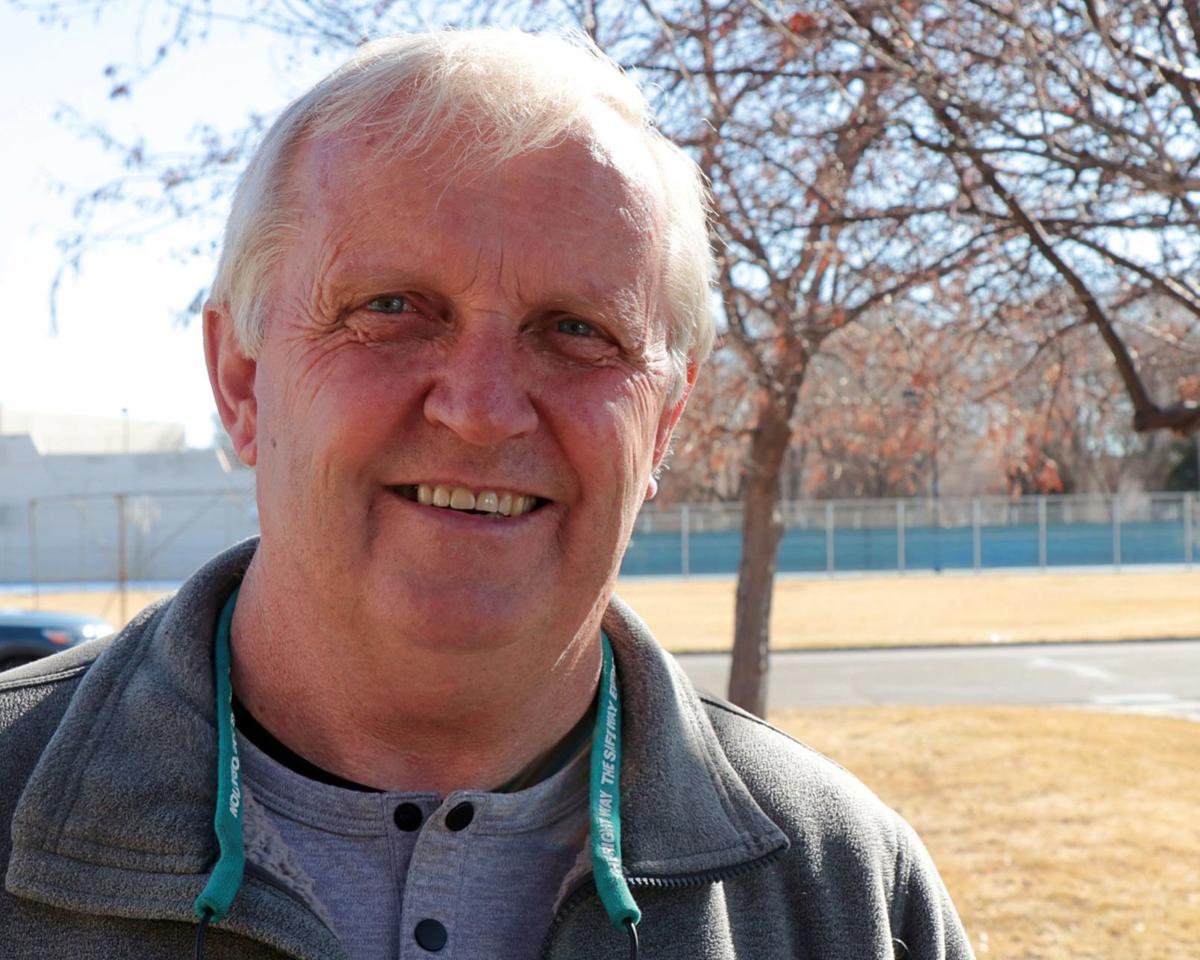