A former Louisiana State Police trooper has been charged with a civil rights violation for pummeling a Black motorist 18 times with a flashlight — the first criminal case to emerge from federal investigations into troopers' beatings of at least three Black men.

A grand jury on Thursday indicted Jacob Brown for the 2019 beating following a traffic stop that left Aaron Larry Bowman with a broken jaw, broken ribs and a gash to his head. Brown was charged with one count of deprivation of rights under color of law, federal prosecutors said.

Brown's indictment comes as the federal prosecutors on the case are scrutinizing other troopers who punched, stunned and dragged another Black motorist, Ronald Greene, before he died in their custody on a rural roadside. The probe of Greene's 2019 death has grown to examine whether police brass obstructed justice to protect the troopers who beat the Black motorist after a high-speed chase.

Body camera video of both beatings, which took place less than three weeks and 20 miles apart, remained under wraps before the AP obtained and published them this year. They are among a dozen cases over the past decade in which an AP investigation found troopers or their bosses ignored or concealed evidence of beatings, deflected blame and impeded efforts to root out misconduct.

“The department has previously acknowledged that it has open and ongoing criminal investigations into incidents involving the Louisiana State Police that resulted in death or bodily injury to arrestees," the U.S. Department of Justice said in a statement. "Those investigations remain ongoing.”

Capt. Nick Manale, a state police spokesman, said Brown “engaged in excessive and unjustifiable actions and failed to report the use of force to his supervisors.”

“Any instance of unjustifiable use of force jeopardizes public safety and is a danger to our communities,” Manale said in an email. “These actions are inexcusable and have no place in professional public safety services.”

“We’re just trying to remain hopeful and trust the process of justice,” she told The Associated Press. “Aaron is extremely happy and he just wants full justice.”

On the May night Bowman was pulled over for a traffic violation, Brown came upon the scene after deputies had forcibly removed Bowman from his vehicle and taken him to the ground. The trooper later told investigators he “was in the area and was trying to get involved.”

Video and police records show he beat Bowman 18 times with a flashlight in 24 seconds after deputies pulled him over for a traffic violation near his Monroe home. Brown later said Bowman had struck a deputy and the blows were “pain compliance” intended to get Bowman into handcuffs.

Bowman, 46, denied hitting anyone and is not seen on the video being violent with officers. He still faces a list of charges, including battery of a police officer, resisting an officer and the traffic violation for which he was initially stopped, improper lane usage.

Brown, 31, failed to report his use of force and mislabeled his body-camera footage in what investigators described in internal records as “an intentional attempt to hide the video.” State police didn’t investigate the attack until 536 days later, and only did so after a lawsuit from Bowman.

Jacob Brown was perhaps the Louisiana State Police's most prolifically violent trooper in recent years. Records show he tallied 23 uses of force dating to 2015 — 19 on Black people — and he faces state charges in Bowman's case and two other violent arrests of Black motorists.

Brown is the son of Bob Brown, a longtime trooper who oversaw statewide criminal investigations and, before retiring, was the agency’s chief of staff.

The Louisiana State Police's own tally shows that in recent years 67% of its uses of force were against Black people. That figure has fueled mounting calls from civil rights groups and Black leaders for the U.S. Justice Department to go beyond individual prosecutions and launch a “pattern and practice” probe into potential racial profiling by the agency.

Col. Lamar Davis, the head of the state police, said earlier this month that he would welcome such a probe if the department deems it necessary but that he wants the opportunity to correct the department's issues and is already working to do so.

Martin Luther King Jr.’s 'I Have a Dream' speech

Malcolm X’s 'By Any Means Necessary'

Malcolm X’s 'The Ballot or the Bullet' speech

Fannie Lou Hamer’s 'Taking it to the Mountain'

Lorraine Hansberry’s 'The Black Revolution and the White Backlash' speech

Lyndon B. Johnson’s 'And We Shall Overcome'

Martin Luther King Jr.’s 'Our God is Marching On'

Martin Luther King Jr.’s 'I’ve Been to the Mountaintop'

Muhammad Ali’s 'Wake Up And Apologize'

Bryan Stevenson’s 'We Need to Talk About an Injustice'

Vernā Myers’ 'How to Overcome Our Biases? Walk Boldly Toward Them'

Kimberlé Crenshaw’s 'The Urgency of Intersectionality'

Daryl Davis’ 'Why I, as a Black Man, Attend KKK Rallies'

Sheriff's officials said Halyna Hutchins, director of photography for the movie "Rust," and director Joel Souza were shot. The Santa Fe New Mexican reported Baldwin was seen Thursday outside the sheriff's office in tears, but attempts to get comment from him were unsuccessful.

The FBI on Thursday identified human remains found in a Florida nature preserve as those of Brian Laundrie, a person of interest in the death of girlfriend Gabby Petito.

A man charged with raping a woman on a train outside of Philadelphia harassed, groped and assaulted her while people held up their phones, police said.

Top headlines: The latest in the search for Brian Laundrie; Trump launches his own social media site; NFL agrees to end "race-norming." Get caught up.

Colin Powell, military leader and first Black US secretary of state, dies at 84

Colin Powell, the first Black US secretary of state who helped shape American foreign policy for decades, has died of complications from Covid-19, his family said.

Police: Woman raped on Pennsylvania train as bystanders did nothing

A woman was raped by a stranger on a Philadelphia area train in the presence of other riders who a police official said "should have done something."

Morning headlines: The latest on the Alec Baldwin prop gun shooting that killed 1; China responds to Biden on Taiwan; the Netflix walkout. Get caught up.

The coronavirus has become the leading cause of death for officers despite law enforcement being among the first groups eligible to get the vaccine.

Can new variants of the coronavirus keep emerging? An explainer.

With more than half the world still not vaccinated, the virus will likely keep finding people to infect, which can lead to new variants forming. Here's what to know.

The White House released details of its plan for 28 million children to get the COVID-19 vaccine in pharmacies, doctors' offices and potentially their schools, as soon as next month. 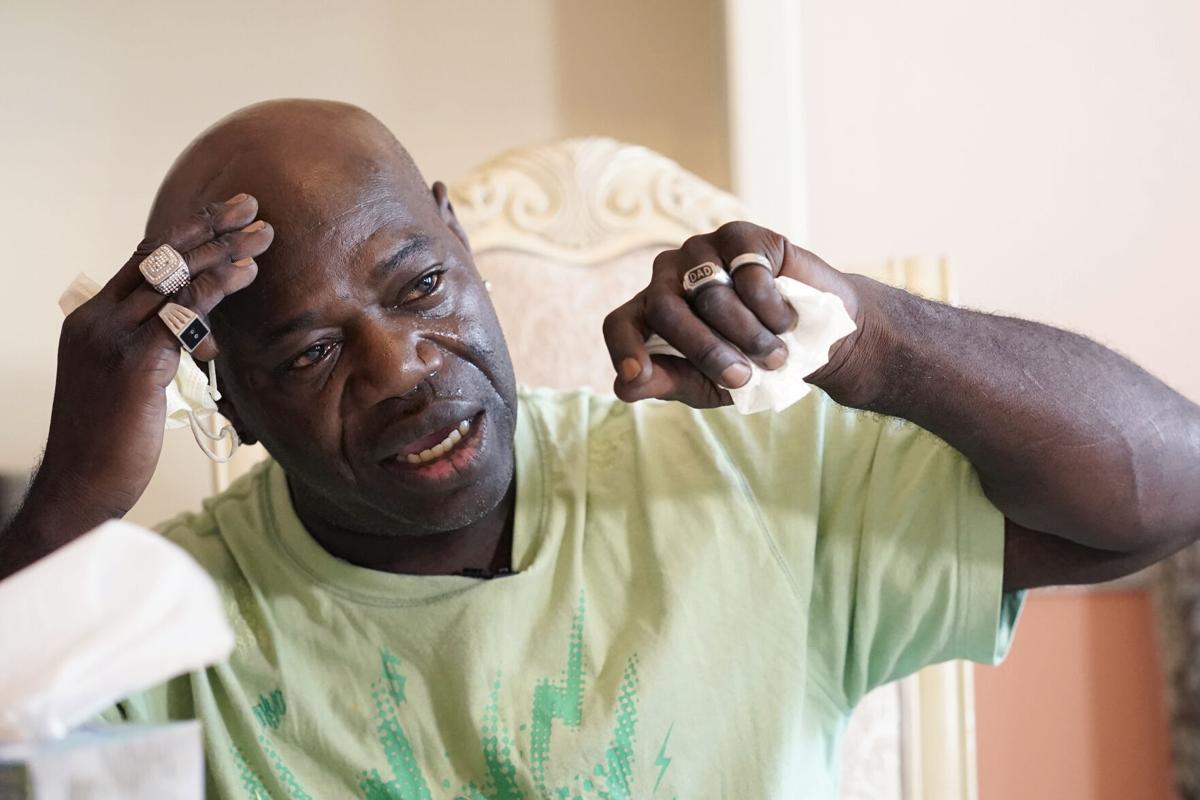 In this Aug. 5 photo, Aaron Larry Bowman demonstrates how he tried to block blows during a beating by a Louisiana State trooper as he discusses the incident during an interview at his attorney's office in Monroe, La. 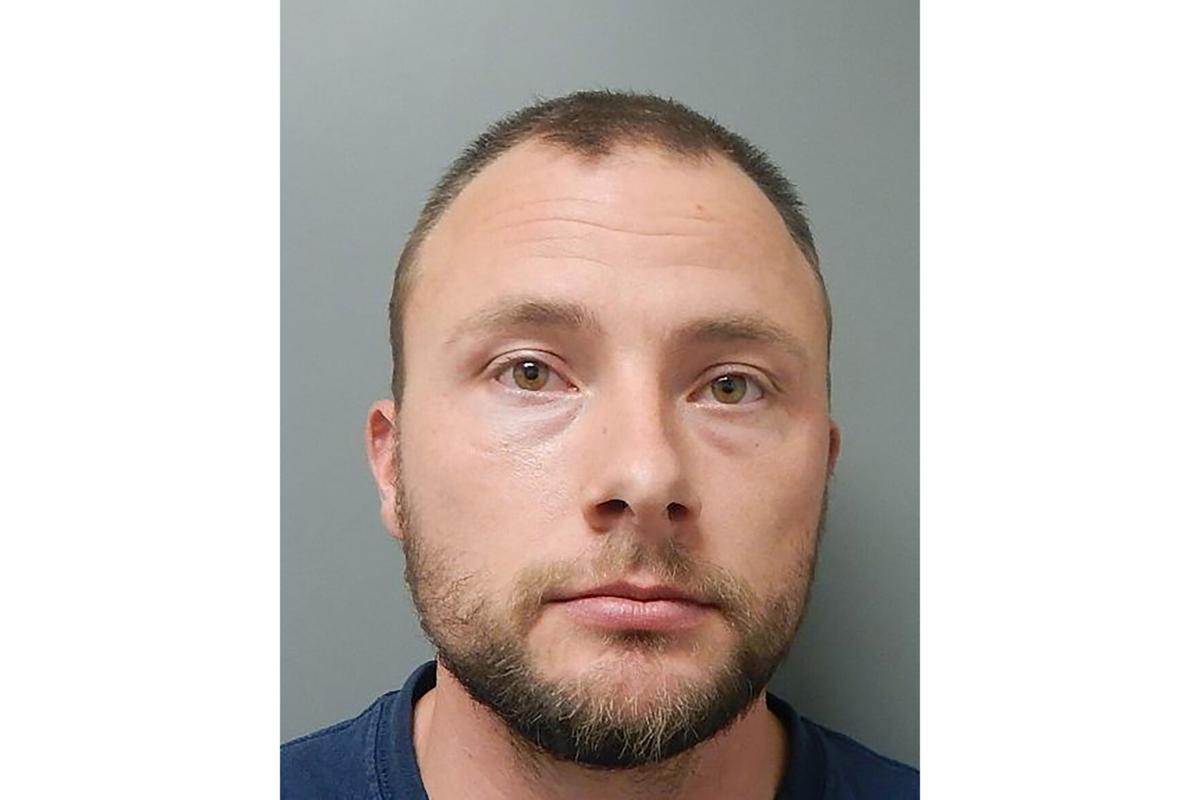