Idaho rocked by earthquake: Stanley, near epicenter, appears to be OK
0 comments
Share this
Return to homepage × 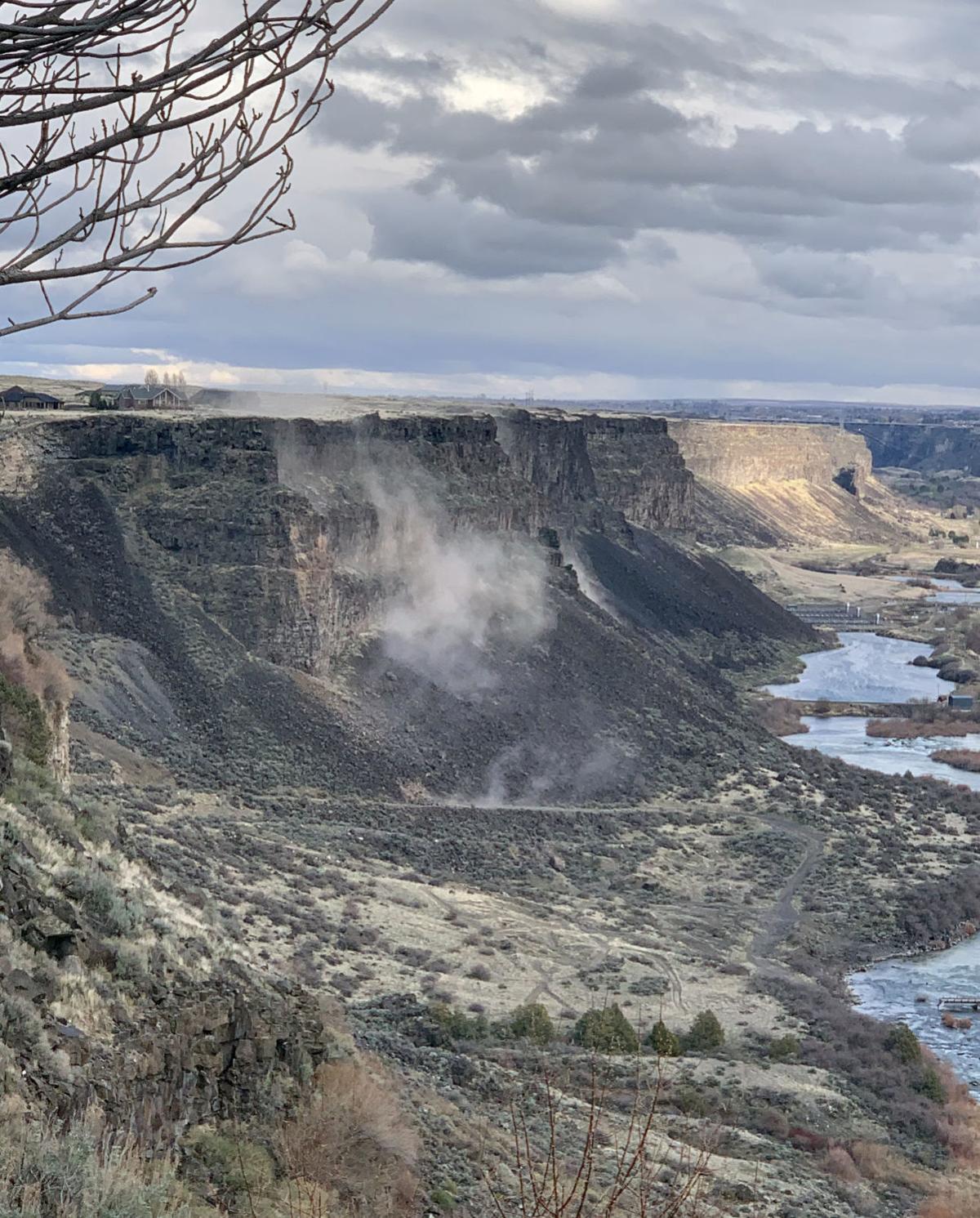 Rock falls from the north side of the Snake River Canyon near Twin Falls during an earthquake Tuesday. 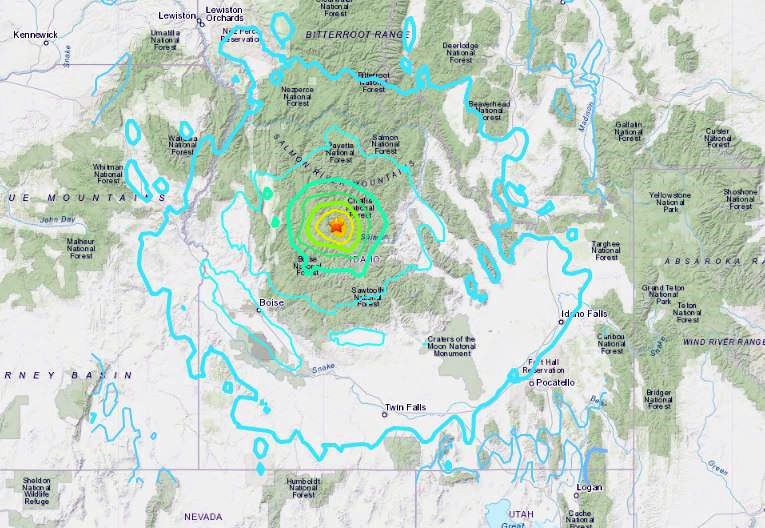 The U.S. Geological Survey reports the magnitude 6.5 temblor struck just before 6 p.m. It was centered about 22 miles northwest of Stanley, about 45 miles west of Challis and about 73 miles northeast of Meridian.

There were no immediate reports of damage or injuries.

More than 2 million live in the region that could feel the Idaho quake, according to the USGS, with reports of shaking coming in from as far away as Helena, Montana, and Salt Lake City.

The town closest to the epicenter of Tuesday’s earthquake appears so far to have escaped unscathed.

Stanley City Councilman Lem Sentz was sitting on the bed of his truck, playing fetch with his dog when the earthquake hit.

“My truck started to move and shake,” Sentz said, noting that the movements confused his dog. “When I got in my house, one of my guitars was lying on the ground. Pictures were on the ground.”

Sentz said that he proceeded to drive around town and check in with residents to see if there had been any damage. At this point, he said it appears that structures are in good shape.

“Everybody seems fine,” he said.

Idaho Transportation Department District 4 began inspecting roads and bridges to ensure that no infrastructure was damaged. There’s no information yet on whether Magic Valley roads or bridges were damaged, district spokeswoman Jessica Williams said.

College of Southern Idaho Geology Professor Shawn Willsey said that 6.5 magnitude earthquakes are sufficiently strong to cause minor structural damage to buildings near the epicenter, which in this case appears to have been just 20 miles north of Stanley near Cape Horn.

Even though the Magic Valley isn’t known for being an earthquake hotspot, Willsey said that earthquakes aren’t too rare in southern Idaho, which lies within the Intermountain Seismic Belt. He said the state is ranked sixth in the U.S. in terms of seismic activity.

“On average, every 30, 40, 50 years or so, there’s an earthquake in the region that is felt by people in southern Idaho,” Willsey said.

Many Magic Valley residents probably remember the 6.9 magnitude Borah Peak earthquake in October 1983. The epicenter of that quake was near Challis, and the event killed two Challis children and caused $12.5 million of damage.

He also said this earthquake shouldn’t be a cause for panic.

“It doesn’t mean anything about Yellowstone erupting,” he said. “It’s not time to push the panic button.”

Still, people should be ready for aftershocks, he said, and be prepared to get under something sturdy, like a table, if an aftershock passes through.

According to the U.S. Geological Survey, in the next week there’s a 4% likelihood of one or more aftershocks bigger than 6.5. There could be hundreds of small earthquakes in the next seven days, but according to the USGS those would likely only be felt near the epicenter.

The southern parts of the Magic Valley are somewhat insulated from earthquakes, Willsey said, because we’re protected by a buffer of soft rock. The hard-rock, mountainous regions in central Idaho are more likely to feel tremors.

“The rocks in the Snake River Plain have a lot of heat in them still,” Willsey said. “They’re mainly volcanic rocks. That tends to dissipate some of the energy.”

With a noticeable, but so far potentially harmless, earthquake such as this, Willsey said, just soak it in.

“It’s a cool experience,” he said. “You got to feel an earthquake that wasn’t damaging.”

Marcus Smith, an emergency room health unit coordinator at St. Luke’s Wood River Medical Center, said the hospital, about 65 miles south of the epicenter, shook but the quake didn’t interfere with the treatment of any patients. The hospital in Blaine County is on the front line of Idaho’s coronavirus outbreak, in a region with the nation’s highest per-capita rates of known COVID-19 cases outside of New York City and its surrounding counties.

The earthquake added stress during an already tense time for the region, but Smith said everything seemed fine, for now. “Until the next one, I guess,” Smith said. “I mean, that’s what we do. We’re all good.”

Brett Woolley, the owner of Bridge Street Grill in Stanley, said he heard the earthquake coming before he felt it.

“I heard the roar, and at first it sounded like the wind but then the roar was tremendous,” Woolley said about 10 minutes after the earthquake. “The whole house was rattling, and I started to panic. I’m sitting here perfectly still and the water next to me is still vibrating.”

The Associated Press contributed to this report.

Rock falls from the north side of the Snake River Canyon near Twin Falls during an earthquake Tuesday.