I hope everyone had a great Thanksgiving and has recovered from the excess of turkey and L-tryptophan, which is found in turkey and can make you sleepy. However, there is more L-tryptophan in pork, chicken and cheese than there is in turkey. It is more likely all the carbs that people ingest during the “big” meal, along with a dose of adult beverages that makes most people sleepy.

Well, it looks like this weekend is going to be a great weekend, weather wise, for fishing. Daytime highs are forecast to be in the low 50s, sunny skies and almost no wind.

As the above average temperatures continue, trout fishing also continues to be good at most area waters. However, as the surface water temperatures are dropping into the high 30s at area waters expect skim ice along the shorelines first thing in the morning.

The high mountain lakes are already frozen over and it won’t be long before the lower elevation, but still high desert lakes being almost a mile above sea level, will be freezing over as well. Ice fishing season will soon be upon us and it looks to be a good one.

In spite of the drought, Wildhorse and South Fork Reservoirs have good water levels and the fish are in good condition. While trout are doing well in most of the lakes, the perch continue to rebound at Wildhorse. Fishing for these popular, and tasty, fish should be good through the ice this year.

WILDHORSESurface water temperatures were in the high 30’s on Wednesday and both perch and trout fishing have been fair to good while bass fishing has been slow and perch fishing. With the colder water temperatures bass fishing is done for the year. Both Hendricks and Penrod arms are still popular with anglers producing nice trout as well as perch. Anglers will probably be able to catch fish in most of the popular areas of the lake. Chironomids, leech patterns and wooly buggers are still the best bet for fly anglers but the usual nymph assortment of copper Johns, hares ears, and pheasant tails should also work. Bait anglers are catching fish with worms or rainbow or sherbet or rainbow PowerBair. Small spinners have also been effective. Boaters continue to have success with flashers tipped with worms. Expect to catch several perch between trout hookups. The lake level is still holding at 50% capacity and both prop rock in the canyon and the island off the state park are just barely above water. Both are still boating hazards. Expect the boat ramp to be removed from the water any day. Wildhorse was stocked approximately 50,000 trout this fall. Stocking is done here for the year.

SOUTH FORK RESERVOIRThe surface water temperatures mid-week were hovering around 40 degrees in the morning and low 40’s late in the afternoon. Bass fishing has been slow, while trout fishing has been fair to good depending upon the day. Low light conditions (early morning and late afternoon) seem to be working the best. Those fly fishermen that were catching fish report that they have been catching nice fish with a variety fly patterns including wooly buggers, leech patterns, red copper Johns, hares ears and chironomid (midge larva) patterns. Ice cream cones, red butt buzzers, red and silver zebra midges, red brassies and frostbite chironomids should all be working. Anglers are also having some success with spinners, worms and PowerBait fished from shore. One angler reports good luck on largemouth at the north end of the lake in 30-35 feet of water using deep diving crankbaits and blade baits. When fishing for bass this time of year, get deeper and fish more slowly. Expect the boat dock to be removed from the lake after this weekend. South Fork was stocked with approximately 39,000 trout this fall.

WILSON RESERVOIRVery little change here. With surface water temperatures dropping into the low 40’s, fishing for trout has been fair to good while bass fishing is done for the year. For the bait anglers, worms seem to be working better than PowerBait for trout. Fly rodders should have some success with leech and wooly bugger patterns. Nymphs include blue copper Johns, hares ears, PT’s and chironomids. This lake often has similar conditions to South Fork and the same techniques and presentations often work. The boat ramp is out of the water and is unusable. Cartopper craft only advised.

RUBY LAKE NWRTrout fishing has been good most days in the collection ditch. Bass fishing is done in the south lake. While dry flies may still catch an occasional fish in the ditch, nymphs and streamers are the best bet. Leech patterns, balanced leeches, crystal buggers, #14-16 hare’s ears, and #16-18 PT nymphs and chironomids under an indicator are probably the best bet. Other flies working include the usual small nymphs, olive soft hackles, red or blue copper Johns, and prince nymphs. A few fish have been taken on egg patterns. Some of the best fishing reported has been on the days that were cloudy and windy. On warmer afternoons if there appears to be a hatch, Griffith’s gnats and #14 t #18 blue winged olives (both dries and emergers) may be tried. Spin anglers should be using small spinners in black or olive with contrasting yellow or red colors. On brighter days, gold or silver lures seem to work better.

JAKES CREEK/BOIES RESERVOIRSurface water temperatures have dropped into the high 30’s to low 40’s and the water level, while it has come up a few inches is still low. Due to low water level, the best fishing access is still from a cartopper or float tube. Bass fishing is done for the year. The usual worms and PowerBait, as well as small spinners, rooster tails, and panther Martins should work for trout. Fly rodders should be using black or olive wooly buggers or leech patterns, hares ears, PT nymphs and chironomid patterns.

COLD CREEK RESERVOIRCold Creek Reservoir was salvaged last week so that water control structure could be fixed to prevent leaking. When the control structure is fixed, the reservoir will be filled and NDOW will begin rebuilding the fishery in 2022.

CAVE LAKEThe water levels continue to drop at Cave Lake in an anticipation of renovation efforts on the dam in 2022. NDOW will be conducting a fish salvage in the next week to remove as many fish as possible from the lake before ice begins to build and they can no longer be salvaged. All fish that are salvaged from Cave Lake will be stocked into Comins Lake. Shorelines will be very soft and dangerous due to the complete saturation of the soil as the lake is drained. By draining the lake it should shave a couple of years off the re-building of the dam and cut costs tremendously. It will also make the project much safer for those performing the work.

COMINS LAKEComins Lake has been fishing well in recent weeks with anglers catching mainly Rainbow Trout but also a handful of Brown Trout and Tiger Trout. Anglers can expect to catch Rainbow Trout in the 16-to-17-inch range but shouldn’t be surprised when they hook into fish that are over 20 inches. Water temperatures are in the upper 30s with some ice building along the shorelines due to recent cold temperatures. The forecast suggests that we will see warmer temperatures after Thanksgiving so there is still a lot of open water fishing to be had before ice fishing season. Floating vegetation will limit fishing along the dam, some of the shoreline and will certainly limit boat access to portions of the lake. Anglers will do well on nightcrawlers, spinners, and wet flies behind a bubble. Construction of a brand-new boat launch and shade structures was completed early this month. Anglers, please note that NDOW has placed radio tags in several Northern Pike. These pike will have an orange floy tag near their dorsal fin and a small antenna coming from their stomach. Please return these fish to the water for research purposes. If the pike doesn’t have the transmitter tag, please humanely dispatch the fish. Do not put it back in the lake. Anglers may catch an occasional Bluegill but NDOW is asking that those fish not be harvested since they are the founder population of what could be a fun pan fishery. Comins Lake was stocked last week with approximately 3,000 trout bringing the total fall stocking to around 14,000 trout. Stocking is done for the year.

The dry year that has impacted much of the west certainly impacted Illipah Reservoir, with water capacity sitting at about 50%. Anglers should be able to land fish in the 10-to-12-inch range consistently. Anglers will do well on nightcrawlers, mealworms, a variety of jigs, wet flies, and powerbait. Surface water temperatures are in the upper 30’s to low 40’s and while there may be some skim ice along the shoreline in the mornings, fishing should be good. Best flies right now are leech or wooly bugger patterns. Fly rodders will also do well on bead head pheasant tails, wooly buggers, chironomids and parachute Adams. Spinners, PowerBait, and nightcrawlers will do well for the spin casting crowd.

The road to Angel Lake is closed for the winter and the lake is ice covered and there will be no more fishing reports until late spring or early summer depending upon snowfall this winter.

Alpine lakes are frozen over and there will be no more fishing reports until late spring or early summer depending upon snowfall.

Stream flows are down slightly compared to last week and many stations are starting to show ice instead of flows, but there is still lots of open water. With colder water temperatures due to some afternoon snow melt and cooler air temperatures, expect stream fishing to be slow to fair. As of November 26, the East Fork of the Owyhee was showing ice but last week was flowing at 15 cfs near Mountain City, the Bruneau River at 15.9 cfs, the Jarbidge at 9.4 cfs, Salmon Falls Creek at 52.9 cfs, Lamoille Creek also showing ice but was at 8 cfs last week, the South Fork of the Humboldt at 8 cfs, Cleve Creek at 4.3 cfs, Steptoe Creek at 2.0 cfs and Kingston Creek at 2.8 cfs.

While daytime highs have been above freezing, even in the 40s on some days, the overnight lows have been low enough to help area waters build …

How cruel Mother Nature can be. Sub-zero nighttime temperatures and snow around the holidays to build some ice and then low 40s and rain this …

Merry Fishmas everyone. We finally have ice on our reservoirs, but in most cases it isn’t quite safe yet. Give it another week. On Wednesday, …

Utah officials say a 51-year-old man died in a BASE jumping accident in a remote part of Grand County. 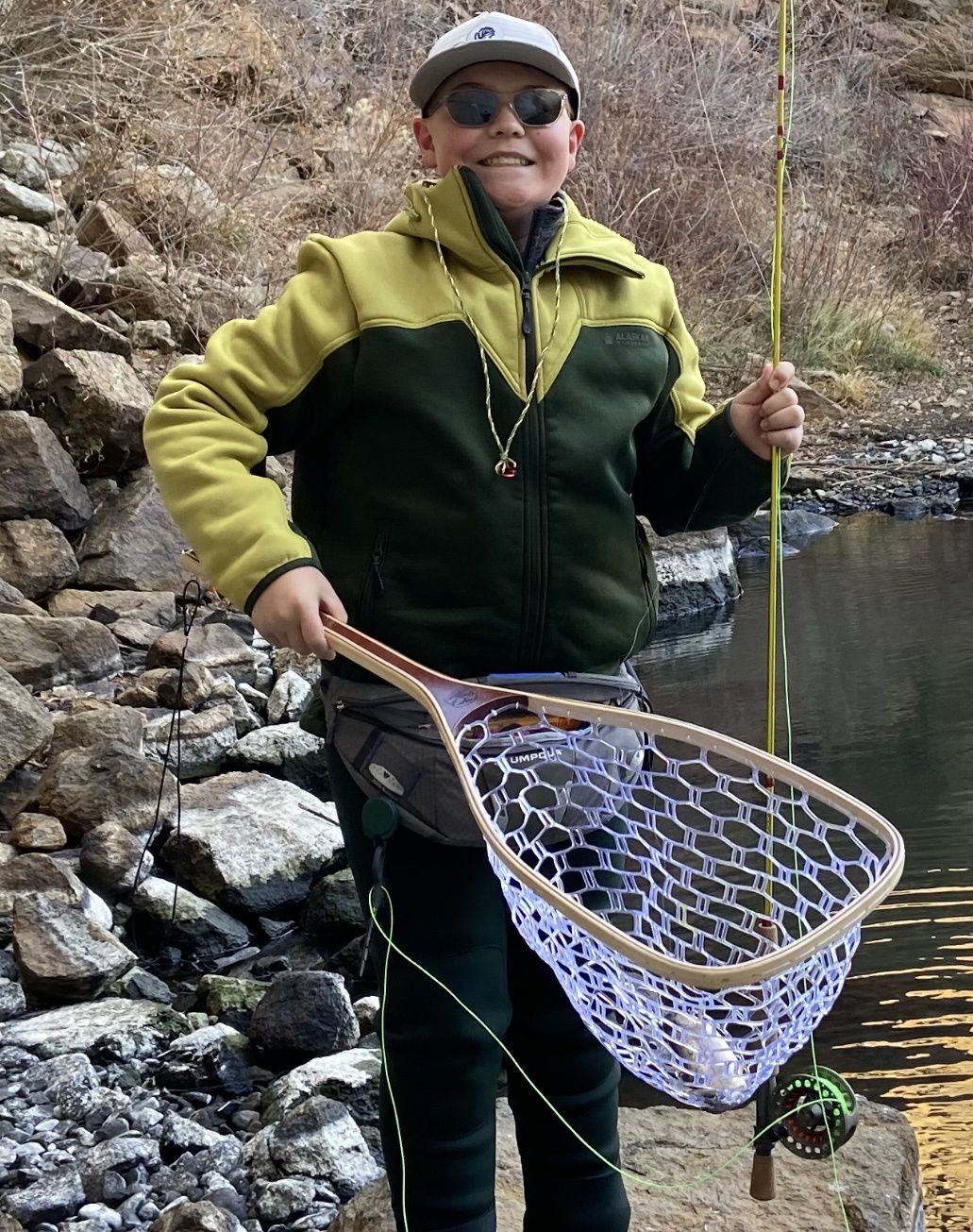 Reno/Sparks resident Cole Draper with his first fish he caught on a fly rod while fishing with his grandparents last weekend.  He caught the trout below the Wildhorse Dam.  Cole is a freshman at Reed High School and enjoys spending time in the outdoors. 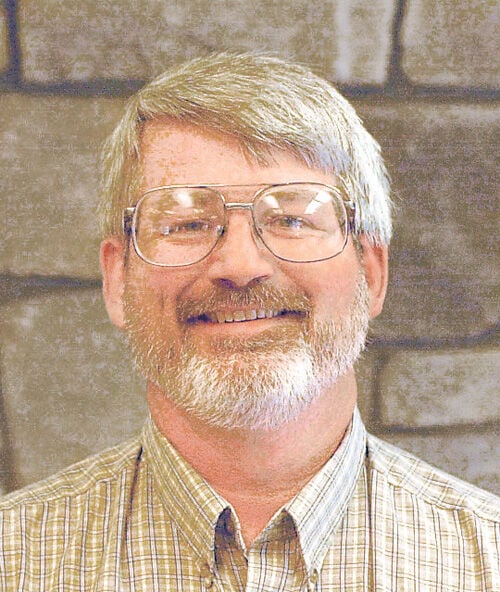