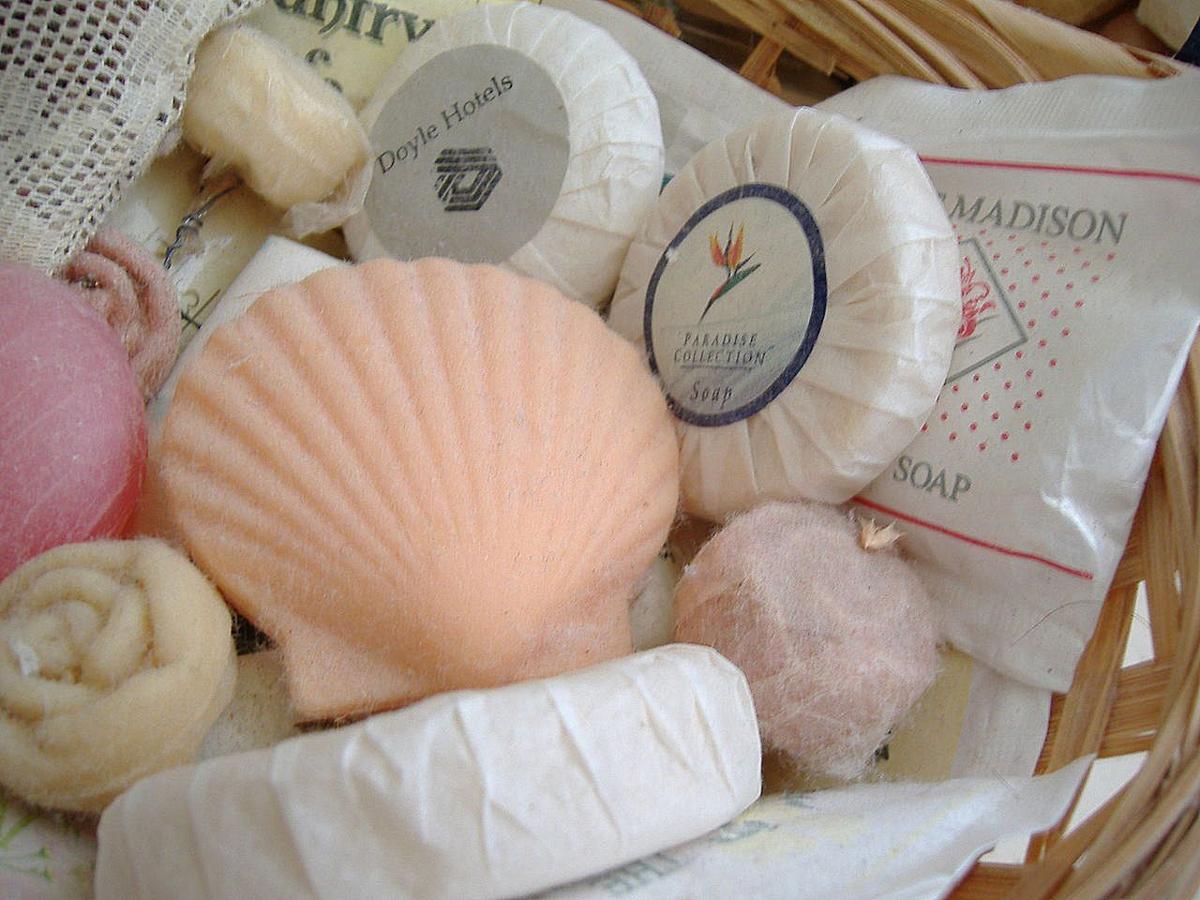 In the last three weeks I have washed my hands so many times that they are getting raw on the backs of them. This situation in our country has modified the habits of so many people that I doubt if we will ever return to normalcy. I don’t even rub my eyes anymore when they are itchy for fear of spreading the virus. And there are enough soap bars in my house stacked around every sink to pave a driveway.

The idea that soapy water can destroy virus particles is nothing new. According to our daughter Hannah, who is now working for the NIH in Maryland, the ingredients of soap destroy the virus’ outer coating, the part by which it grabs onto and attaches to unsuspecting healthy cells. She says the soap denatures the virus.

Advertisements from 1918 during the influenza pandemic duly tout the advantages of keeping your hands clean at a time when indoor plumbing was somewhat of a novelty. Buying soap a hundred years ago was quite easy, after all it is one of those items that has been manufactured for centuries.

They say the earliest recorded evidence of soap production dates back to around 2800 BC in ancient Babylon. A formula for soap making was found on a clay tablet that specified water, alkali salt, and vegetable oil. It must have worked well because I remember watching the Ten Commandments movie and Ann Baxter was certainly the model of healthiness. So exactly what is soap we commonly use and how does it work?

Chemically speaking, soap is a compound made by combining a fatty acid with a metal salt, usually a hydroxide. If the element is sodium or potassium the resulting products are called toilet soaps, used for hand washing and bathing. If the element is lithium, you get a white cream that can be employed as a high-performance grease.

When used for cleaning, soap has the ability to grab particles and grime and force them into solution which can be carried away by rinsing. Because the soap molecule has a metal cation on one end it is soluble in water. Because it has a organic part on the other end, it is soluble in oil. This allows the molecule to hook onto oil or greasy particles and “pull” them out of the places where they have settled such as on cloth fabrics or skin.

That is the basic description of how soap cleans but in actuality the process is a little more complex because it involves thousands of such molecules all working together. Even though people have been using soap for centuries, nobody really knew what went on until the beginning of the twentieth century when the mechanism was scientifically worked out.

In 1913, James William McBain, professor at the University of Bristol postulated the existence of spherical clusters of highly mobile, spontaneously formed molecules that he called micelles. These microscopic ball-like shapes, composed of millions of soap molecules next to each other had their organic ends all facing into the center. The metallic ends of the molecules, facing outwards, repelled each other and formed the external coating of the micelle. When in the presence of a speck of dirt, they will allow a compound that is normally insoluble in water to dissolve by actually gobbling the tiny particle of oil or grime into the micelle core by virtue of their organic ends. Because the outside is soluble in water, the entire “cell” can carry the oil droplet, completely tucked away, to be rinsed out. In addition, these micelles also lower the surface tension of the rinse water making it easier to remove material from a surface due to energy concerns.

For making toilet soaps, triglyceride oils and fats, derived from coconut, olive, or palm oils, rendered beef fat, are boiled with alkali materials, usually lye, which is sodium hydroxide. This causes a chemical reaction called saponification. When the material is poured into molds it eventually cools and hardens to the bar shapes we are familiar with. Aromatic herbs and scents are often added to the soap to impart fragrance, color and texture. Sometimes just vegetable compounds such as olive oil are used. This makes the soft Castile soaps and these are, as you would guess, more expensive. The bars of soap we buy nowadays are of course mass-produced by millions of bars a day and the history of one of the soap companies you may have heard of is interesting.

In 1886, William Hesketh Lever and his brother, James, bought a small soap works in Warrington, England and teamed up with a chemist, William Hough Watson, who invented the process which resulted in a new variety of soap, using palm oil, rather than animal tallow. It was called Sunlight Soap for some reason and production reached 450 tons per week in 1888.

Lever Brothers entered the United States market in 1895 and by 1900 added the brands “Lifebuoy,” “Lux” and “Vim.” By 1929 they employed 1,000 workers in their Cambridge, Massachusetts factory. After merging with several companies they became Unilever, one of the first modern multinational companies. This was sold to the US capital firm Pensler and renamed Korex in 2008, They are the largest contract manufacturer of detergent and household cleaners in North America.