ELKO — Despite an abrupt end to her junior softball season and an uncertain time ahead during her senior year, Elko’s Emery Lesbo is still set to take flight.

On Saturday, Nov. 14, 2020, Lesbo signed her national letter of intent to play at the next level for Skagit Valley College, in Mount Vernon, Washington.

The Lady Cardinals are members of the Northwest Athletic Conference and also play games in Canada traditionally, which will depend largely on COVID-19 travel restrictions, meaning Lesbo may have to get her passport.

Skagit Valley is located about 800 miles from Elko and 65 miles due north of Seattle.

While she may be leaving the friendly confines of her hometown, Lesbo will join forces with a former teammate — EHS Class of 2019 graduate Kaitlyn Rizo also on the Lady Cardinals’ roster.

Fallon’s Shelbi Schultz is also on the team.

“I signed during my visit. I didn’t think I was going to like it, but I really liked the coaches and the environment,” Lesbo said. “I really loved all the trees. It’s a lot different than Elko, that’s for sure.”

Lesbo said she came into contact with Skagit Valley “about a year ago” during the beginning of her junior year.

Lesbo said Skagit Valley’s coaches want her to either catch or play the infield.

While in school, she plans to major in health sciences.

“I’ll probably stick with nursing, so I’ll start there,” she said.

Her mom, Aimee, was unable to make the trip during her signing but her dad, Martin, was there for the big day.

“I think my mom was unsure about me going so far away at first, but there isn’t much around us in Elko. My dad was excited,” Lesbo said.

During the 2019 season, Skagit Valley finished with a 13-25 overall record and splitting its two games in its 2020 slate — the remaining games on its calendar canceled due to the coronavirus.

While high school action was stopped early in the spring, Lesbo continued to play travel softball with the Utah Cruisers.

“Our first tournament was around the beginning of September,” she said. “We mainly stayed around Utah. We had some tournaments in Idaho but they were canceled, and our governor didn’t allow anything in Nevada.”

This weekend, she will travel to Dallas for a tournament and then take part in another tourney during Thanksgiving in Las Vegas.

During the 2020 spring season, Lesbo played in just six games before Elko’s year was shut down because of COVID-19.

However, she made a major impact in limited action.

She fielded the ball at .889 with seven put-outs and an assist in nine total chances.

In her second full year of varsity ball, Lesbo played a large role in one of Elko’s most successful seasons in recent history.

She smacked the ball at a .417 clip with 17 RBIs, scored 27 runs and nearly accounted for one-third of her 25-total hits with extra-base knocks — going for five doubles, two home runs and a triple.

Lesbo made the somewhat-rare jump straight to varsity as a ninth-grader.

In 25 games, she hit .241, scored 15 times and drove in eight runs — belting two doubles and legging out a triple.

Congratulations to Emery Lesbo on what has been a fantastic high school career and best of luck as she attempts to leave a similar impression for the Lady Cardinals of Skagit Valley College.

Elko wrapped up the Desert Winds Tournament with a 3-1 record on consecutive victories and will enter their home and league openers, set to host Truckee at 2 p.m. Friday and 1 p.m. Saturday, at Newton Field.

Lady Indians shut down by Beaver, 4-0

In its season opener Thursday, the Elko softball team took down Moapa Valley by a final score of 11-8 but took a major offensive dive in its second game of the year.

The Lady Indians overcame some early-season jitters in their opener for an 11-8.

Despite bringing back some talented players with varsity experience, the Elko softball team has much to replace.

ELKO – Things were looking up for the Elko softball team in their second elimination game Friday.

ELKO – The Elko softball team came to life too late.

ELKO – In 2011, the Elko softball team took three of four games from Fernley – the Lady Indians have not come out on top since.

WINNEMUCCA – The Elko softball team is fighting an uphill battle for a first-round bye.

ELKO – With just two Ls in the loss column, the Elko softball team is in sole possession of second place in the 3A North standings.

ELKO – After 25 straight losses, No. 26 was the magic number for the Elko softball team to get over the hump against the Lady Greenwave.

FALLON – To find the last time the Elko softball team beat Fallon, one would have to dig back more than a decade.

FALLON – The Elko softball team played well for the majority of the game Friday, in Fallon.

ELKO – In a game in which the offense didn’t explode, the Elko softball team reached back and won a crucial game the old-fashioned way.

ELKO – Through five games, the Elko softball team in unbeaten and 5-0 in league play of the Division 3A North following a pair of blowout vict…

SPARKS – In two games, the Elko softball team posted a combined advantage of 38-2.

SPARKS – The Elko girls softball team was dominant in its league opener.

MESQUITE – So far, so good.

ELKO – For several years, the Elko softball team was young – including a number of athletes who will now enter their fourth seasons with the v…

FALLON – The Elko softball team’s stay in the Division 3A North regional softball tournament was short-lived.

FERNEY – Win, lose or draw in Saturday’s contests against defending state champion Fernley, the Elko softball team was going to enter the Divi…

ELKO – The Elko softball team got back on the winning track Friday against Truckee.

SPRING CREEK – Tuesday’s doubleheader between the Elko and Spring Creek softball teams was a tale of two very different contests.

ELKO – The final box score will read that the Elko softball team was downed by 10 runs in each contest of Saturday’s doubleheader.

ELKO – Despite losing by 10 runs, Friday’s softball game between Elko and Fallon did not play out like many of the contests over past years.

ELKO – The Elko softball team overcame a scare from winless Sparks in the first game of Saturday’s doubleheader.

ELKO – “We won a game yesterday, if we win one today that’s two in a row. If we win one tomorrow that’s called a winning streak. It has happen…

ELKO – Elko’s softball season has been one of streaks.

SPRING CREEK – The first meeting of the season provided a one-sided outcome.

CARSON – The Elko softball team never allowed more than five runs to South Tahoe in any contest of the three-game series, and the Lady Indians…

MESQUITE – After allowing two runs in the top of the first inning Saturday in the third-fourth place game of the Virgin Valley Tournament, the…

Lady Indians will rely on experience

ELKO – The Elko girls softball team is saddled with experience and inexperience. 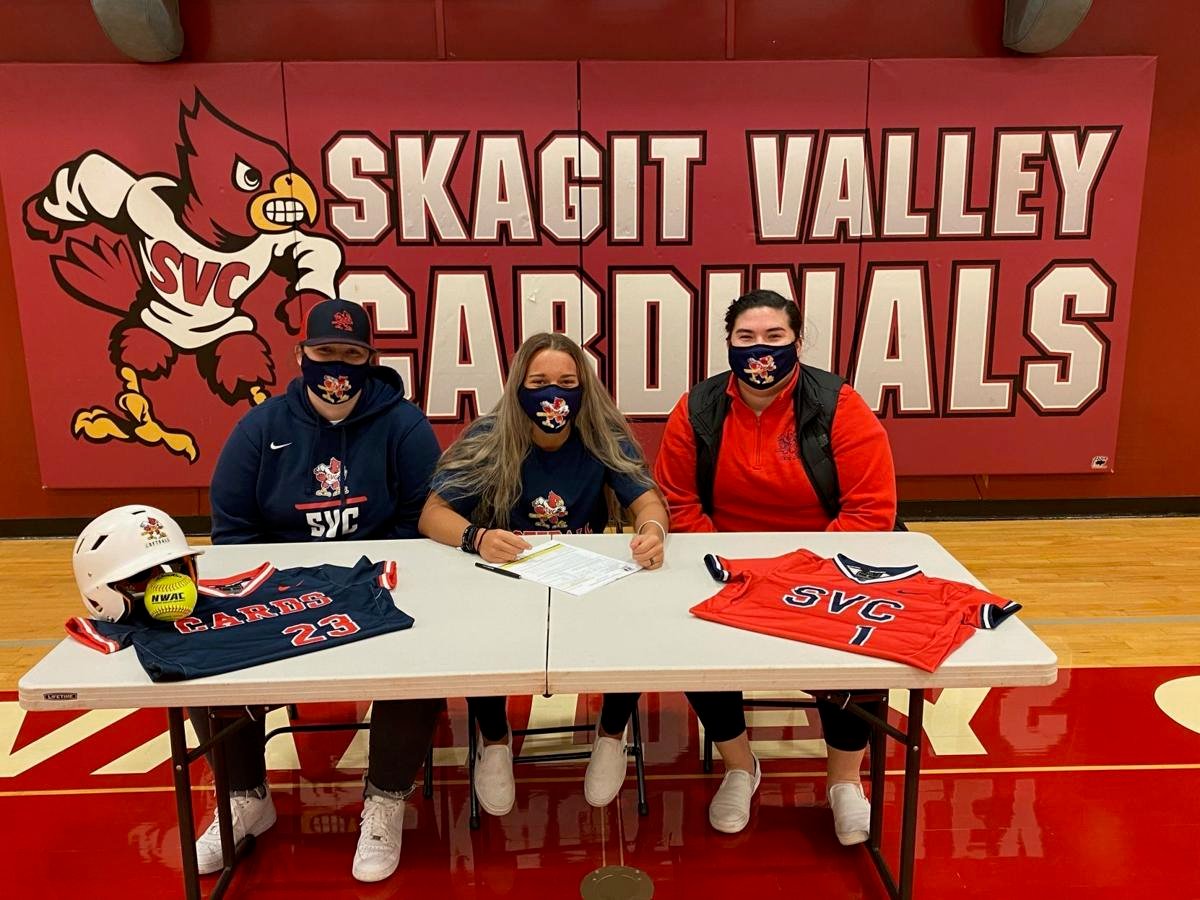 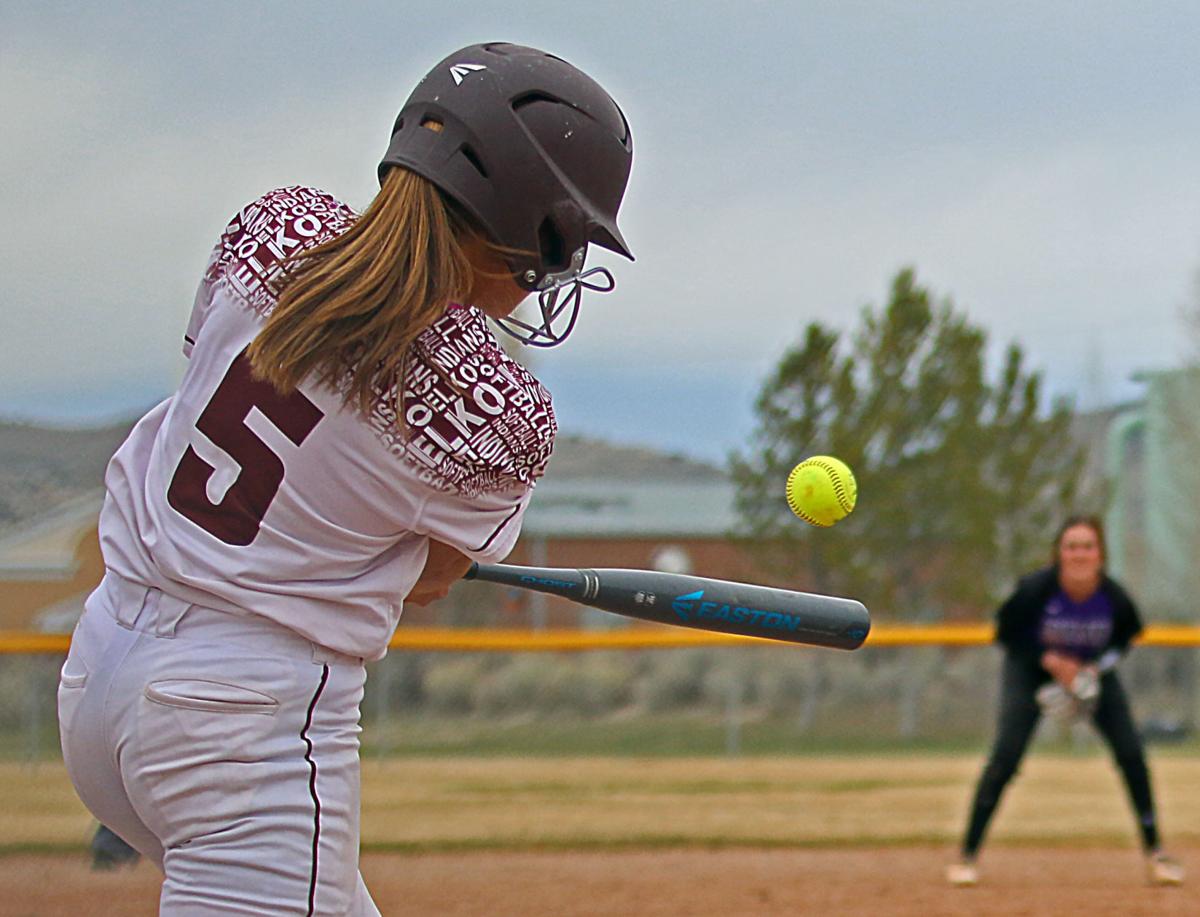 Elko's Emery Lesbo sends a single to left field against the Lady Spartans on April 10, 2018, in Spring Creek. She finished the game a perfect 3-for-3 at the plate and drove in three runs, and the Lady Indians rolled to a 22-1 victory in five innings.