ELKO — She got the decision out of the way, now, get out of her way.

Prior to her senior season of softball, Elko’s Caresse Basaraba already knows where she will play beyond her high school career.

She has chosen to compete at the next level for Treasure Valley Community College, in Ontario, Oregon, where she can fly with the Lady Chukars in the Northwest Athletic Conference.

Basaraba went to an Idaho State University softball camp, but she said the coaching staff told her the 2020 recruiting class was full.

She took a visit and worked out for TVCC on Nov. 18, immediately impressing the coaches and quickly falling in love with the surrounding area, the school and the program.

“The outfield coach really liked me, so I assume that is where they will have me play,” she said. “They said they might use me as a catcher too.”

Another factor that played into her decision was that she visited the NSCA (Next College Student Athlete) website and found that TVCC offers a journalism program.

In the future, she wants to cover sports.

“They have the journalism program there, and when I’m done playing I can transfer to Nevada and finish my degree there,” she said.

She is looking forward to “getting out of Elko and seeing new places.”

“Washington and Oregon are really pretty, so that’s where I’ll be playing,” Basaraba said. “I like how it’s close to Boise (Idaho) too.”

Now, Basaraba can get back to a different swing.

In the fall, she locked down a 1st-Team All-State selection on the links — swinging a personal-best 82 in the first round of the Division 3A Nevada State Girls Golf Championships and closing with a second-round 84 — her two-round tally of 166 notching a fourth-place finish.

She and the Lady Indians took home their second state title since 2016.

Switching clubs, sticks, shillelaghs, Basaraba now gets to take hacks with a different type of aluminum.

She will enter her fourth season of varsity softball in the spring, making an impact since her freshman season.

In her first year of varsity ball, she batted .250 and drove in a pair of runs — scoring 19 of her own — doing damage on the bases and with her legs and glove in the outfield.

Unfortunately, her sophomore season was cut short after a red-hot start.

Through 12 games, Basaraba was batting .440 and reaching base at a .559 clip with eight RBIs and nine runs scored.

However, in Elko’s third league series of the season she went down while tracking a fly ball in the outfield against Lowry on April 10, 2018, at Newton Field.

She tore her ACL in her knee on the play, ultimately ending the year but starting down the long road to recovery.

Basaraba competed admirably in the fall of 2018 the golf course, notching a 2nd-Team All-State selection.

In her junior year on the diamond, her comeback to softball was complete even as she attempted to find her old form, quickness and ability to make highlight plays while still rehabbing from her injury.

Elko head softball coach Karen Hoem knows what Basaraba brings to her team physically and on the field, but she also knows the types of attributes she possesses personally can do nothing but bleed into everyone on the roster.

“She’s a rare breed. I truly think she’s going to excel,” Hoem said. “Even when she was a freshman, you could see that her skills was a little raw but she had instincts, the will to compete and the drive to succeed.”

Hoem said she thought Basaraba may have “come back a little too early from her ACL” but noted that one of her motivations was because she knew had a little catching up to do.

“She is very unique. Caresse is special because she’s athletic and she works so hard,” Hoem said. “Her skills have grown and will continue to improve. She has what it takes to translate to success at the next level.”

With the burden of trying to make a college decision during her senior season off her shoulders, Basaraba can now focus on her game.

She and the Lady Indians will begin the season the first week of March at a preseason tournament in Mesquite.

The Elko girls golf team collected its second state championship in the past-four seasons, regaining its 2016 hardware with a 2019 state title. A nine-stroke first-round lead turned into a 36-stroke domination, the Lady Indians wining first in both rounds — closing the tournament with a 370 for a two-round total of 733. Caresse Basaraba and Gabby Bement earned 1st-Team All-State honors and Chilz Negrete finished with a 2nd-Team All-State selection. Spring Creek's Emalee Ingram tied with Negrete for a 2nd-Team All-State nod of her own.

BOULDER CITY — Half the journey is done, Tuesday is time to finish the job.

ELKO – Things were looking up for the Elko softball team in their second elimination game Friday.

ELKO – The Elko softball team came to life too late.

ELKO – In a game in which the offense didn’t explode, the Elko softball team reached back and won a crucial game the old-fashioned way.

ELKO – Through five games, the Elko softball team in unbeaten and 5-0 in league play of the Division 3A North following a pair of blowout vict…

SPARKS – In two games, the Elko softball team posted a combined advantage of 38-2.

Despite bringing back some talented players with varsity experience, the Elko softball team has much to replace. 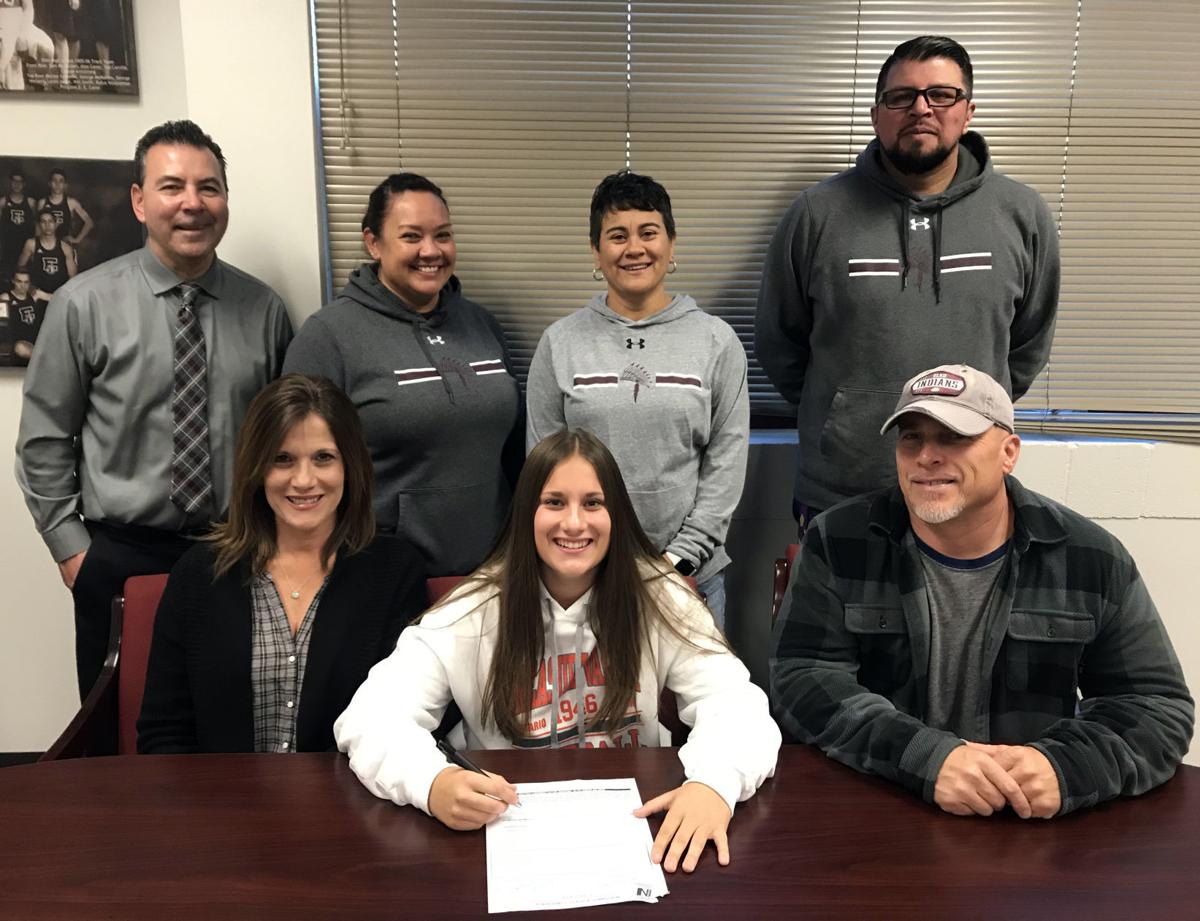 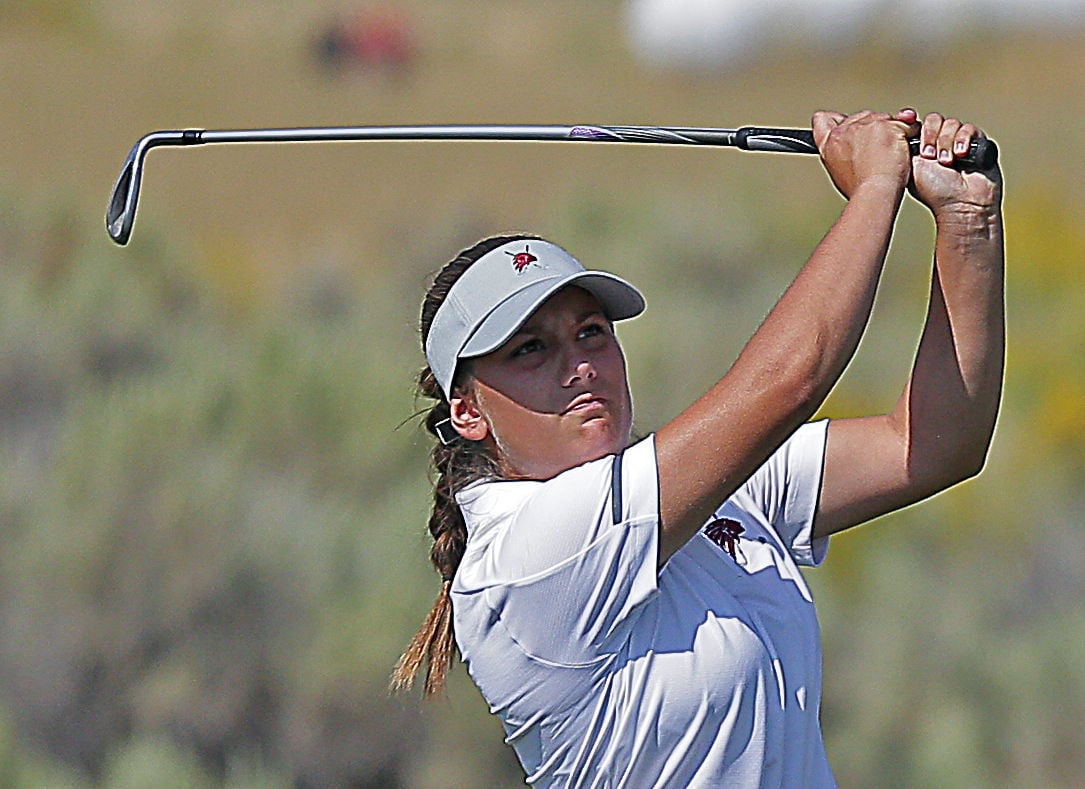 Elko's Caresse Basaraba watches her drive on Sept. 3, 2019, on the par-3 eighth hole at Spring Creek Golf Course. During the Division 3A Nevada State Girls Golf Championships, in Boulder City, Basaraba posted her personal best in the first round with an 82 and followed with the second-best round of her career with an 84 on day two. Her two-round total of 166 ranked fourth overall, earning a 1st-Team All-State selection. 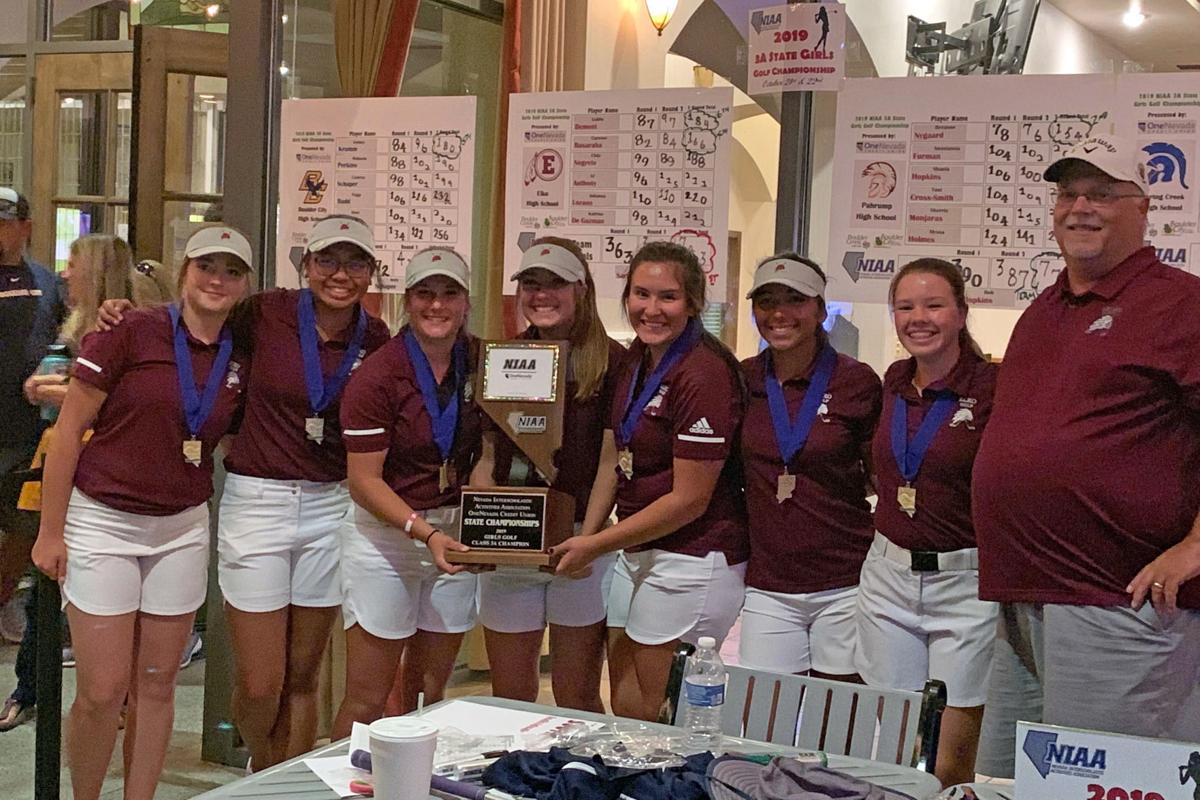 The Elko girls golf team and head coach Jeff Sarbacker, right, pose with the 2019 Division 3A Nevada State Girls Golf Championship trophy on Oct. 22, 2019, in Boulder City. The Lady Indians opened a 36-stroke lead with a two-round total of 733 on rounds of 363 and 370, earning their second state title since 2016. 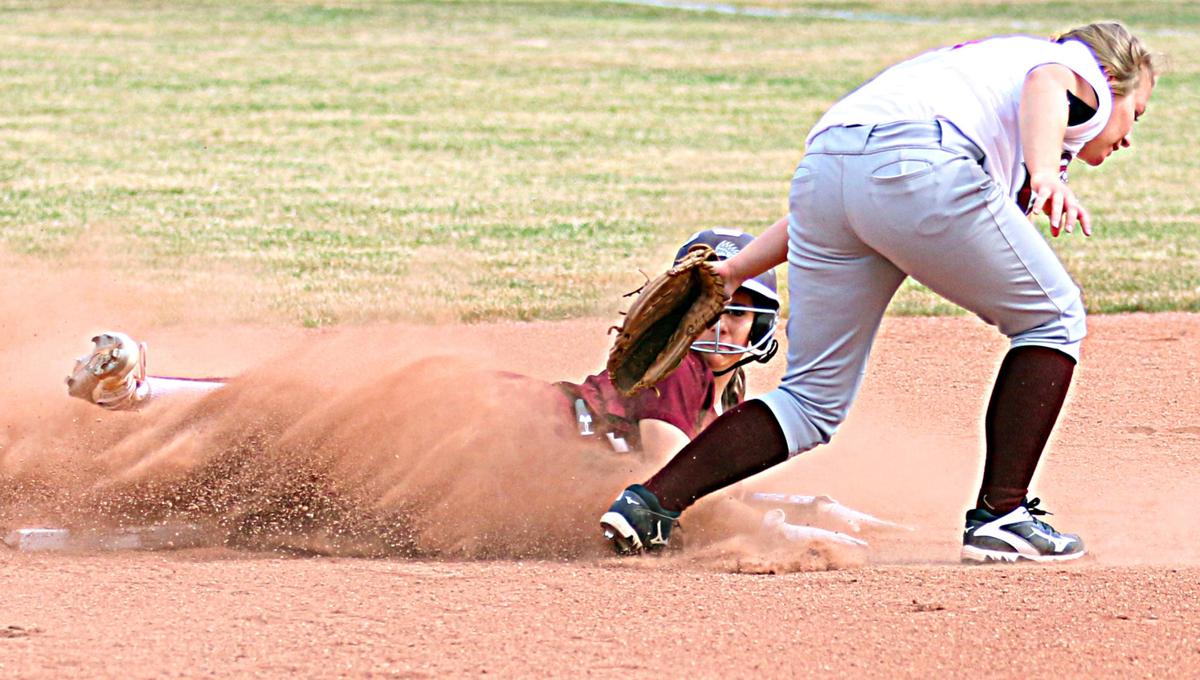 Elko freshman Caresse Basaraba steals second base in the second game of the series with Dayton on April 18, 2017, at Newton Field. Basaraba would score after a Dayton error on a bunt by sophomore Aubrey Yocum in the bottom of the first inning. 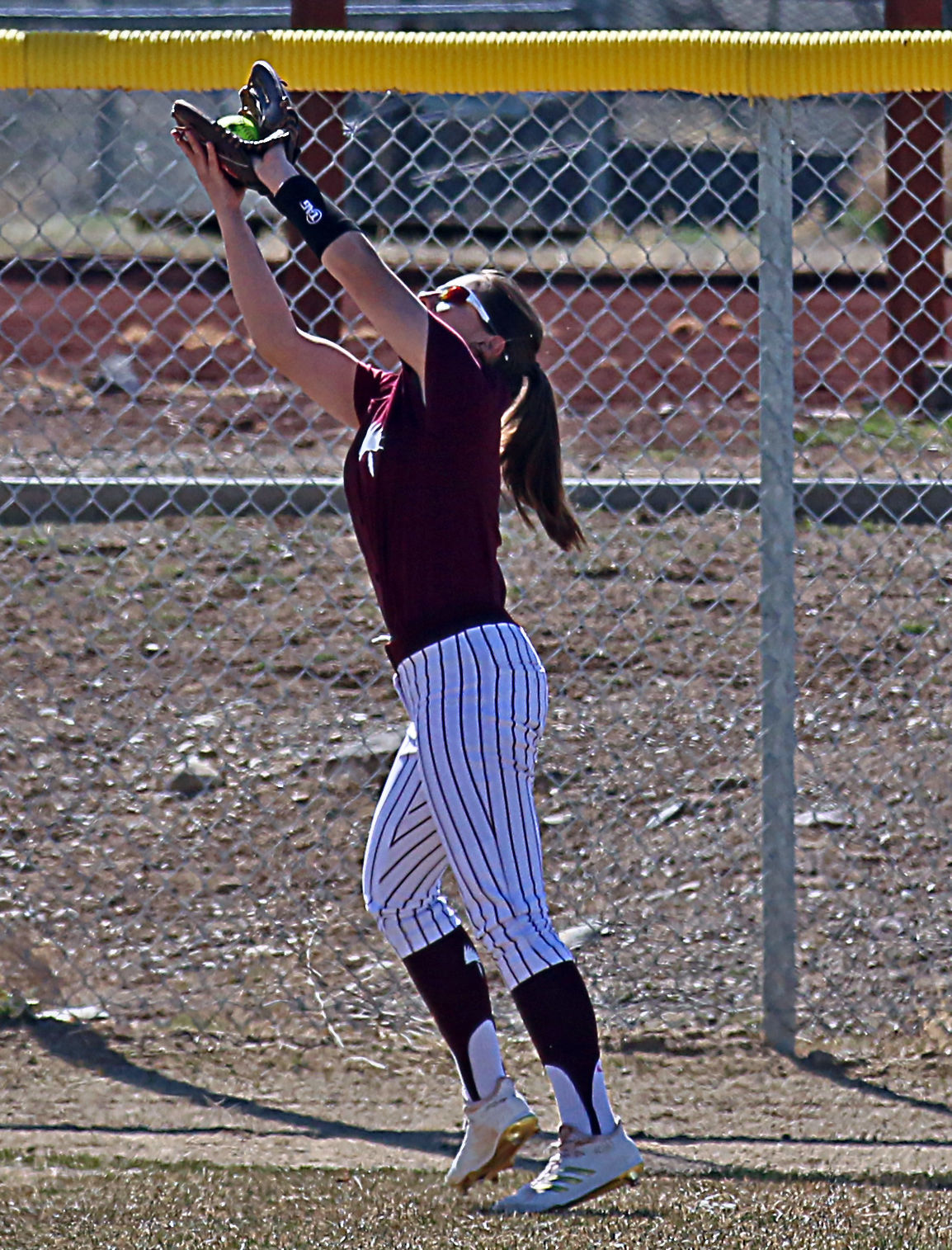 Elko's Caresse Basaraba makes a running catch in deep-left field on March 27, 2018, in the series finale at Dayton. She made numerous highlight plays on defense. 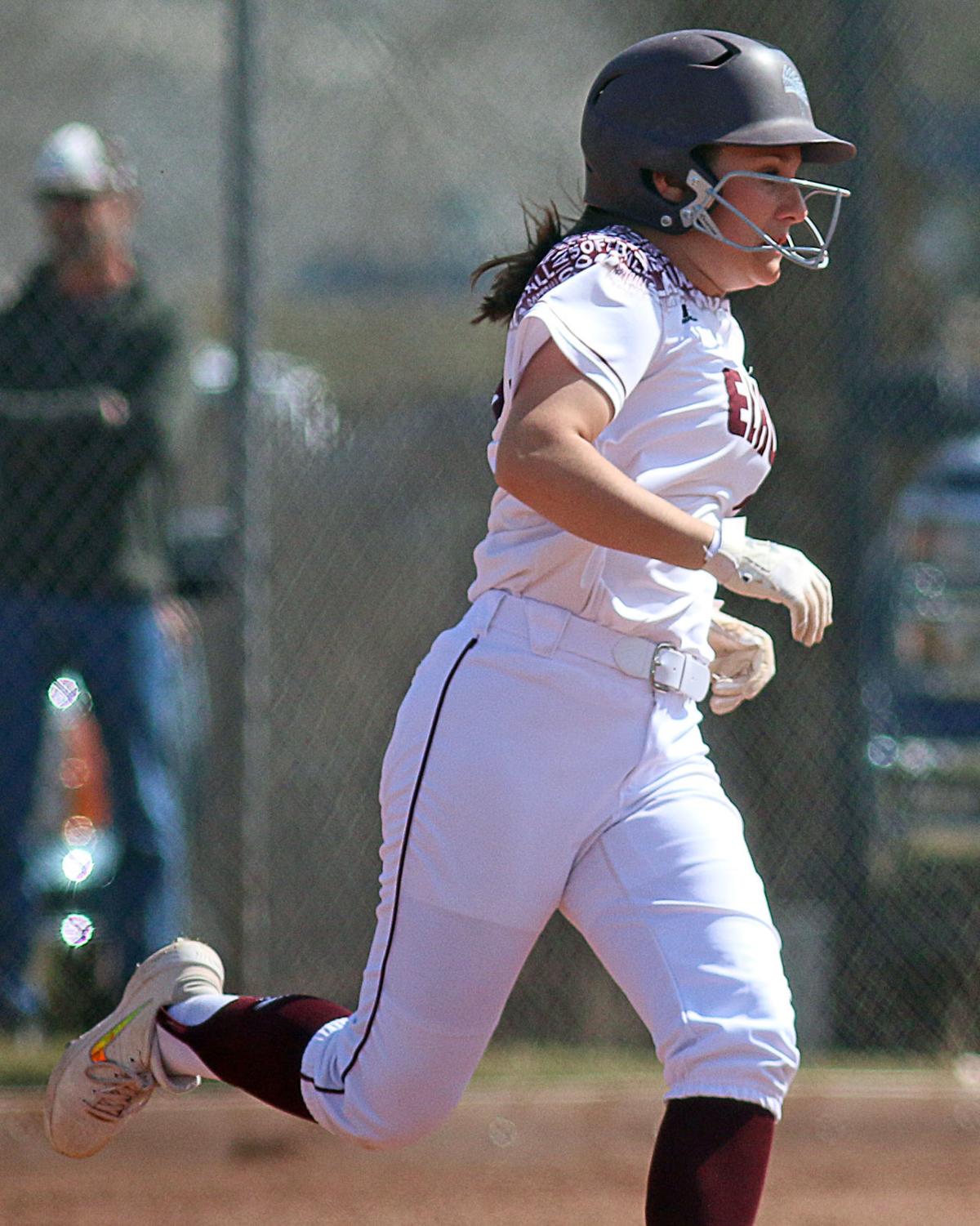 Elko's Caresse Basaraba legs out an RBI triple in the bottom of the first inning on March 26, 2019, against Spring Creek, at Newton Field. She finished a perfect 3-for-3 and scored two runs.