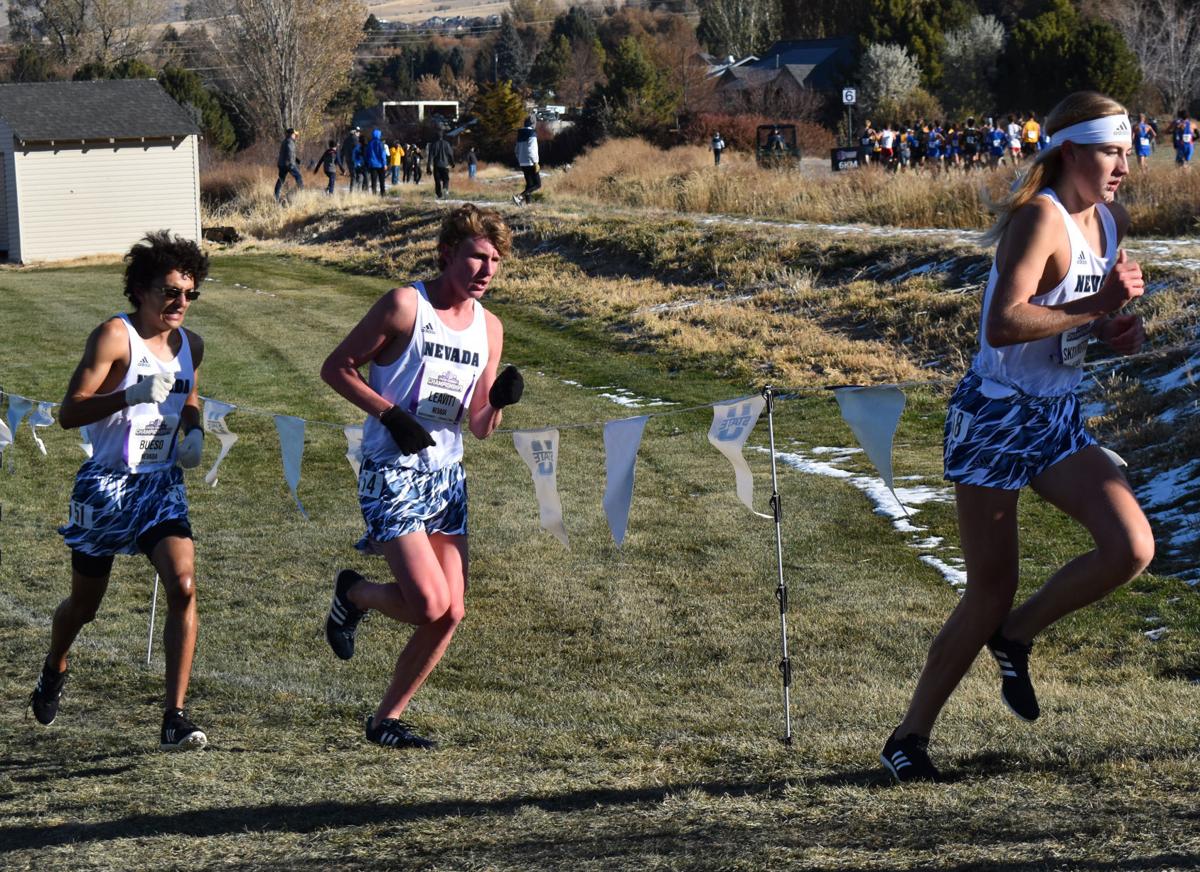 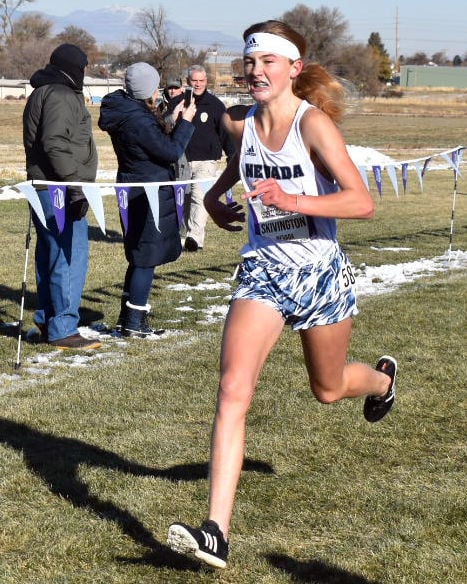 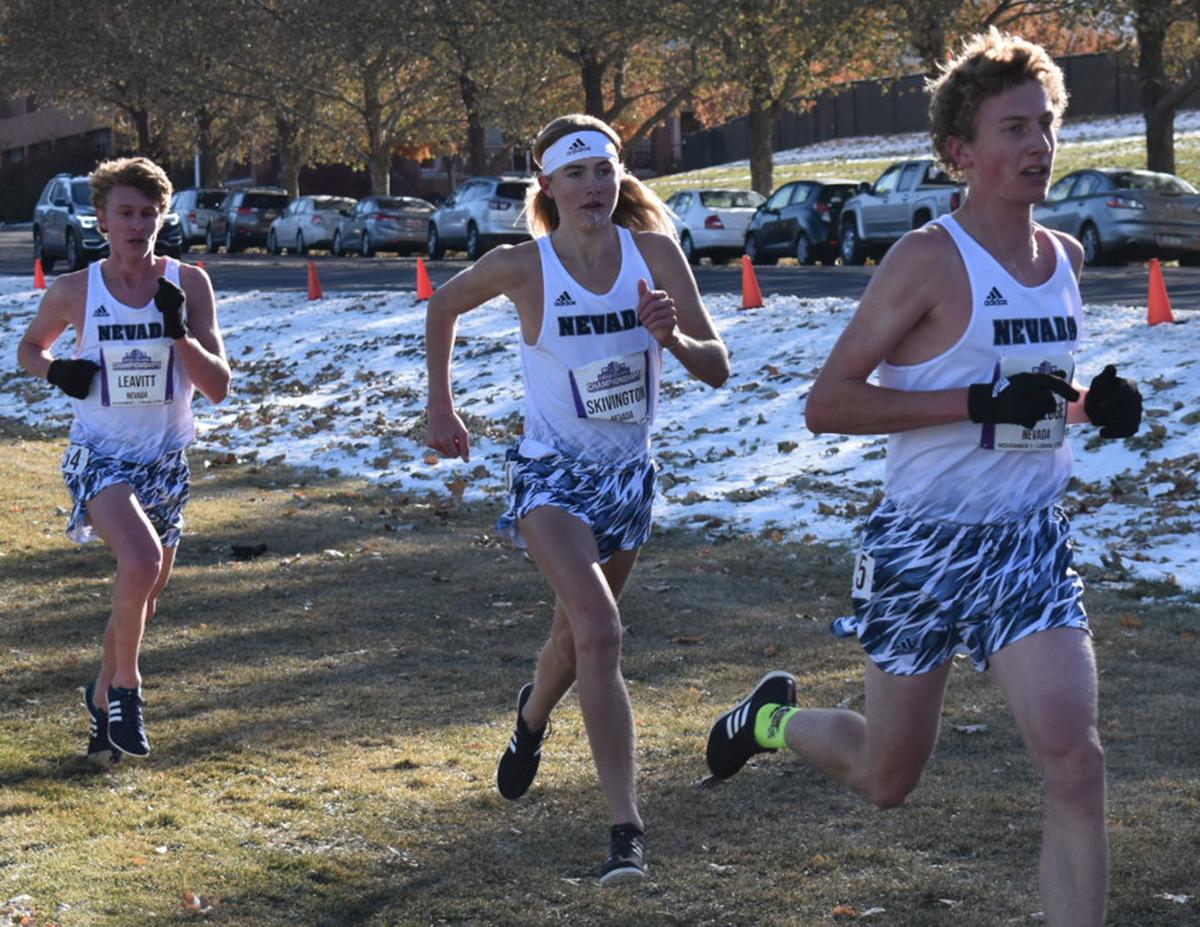 Nevada's Geroge Skivington, middle, runs between a pair of teammates during the Mountain West Conference Championships, in Logan, Utah. 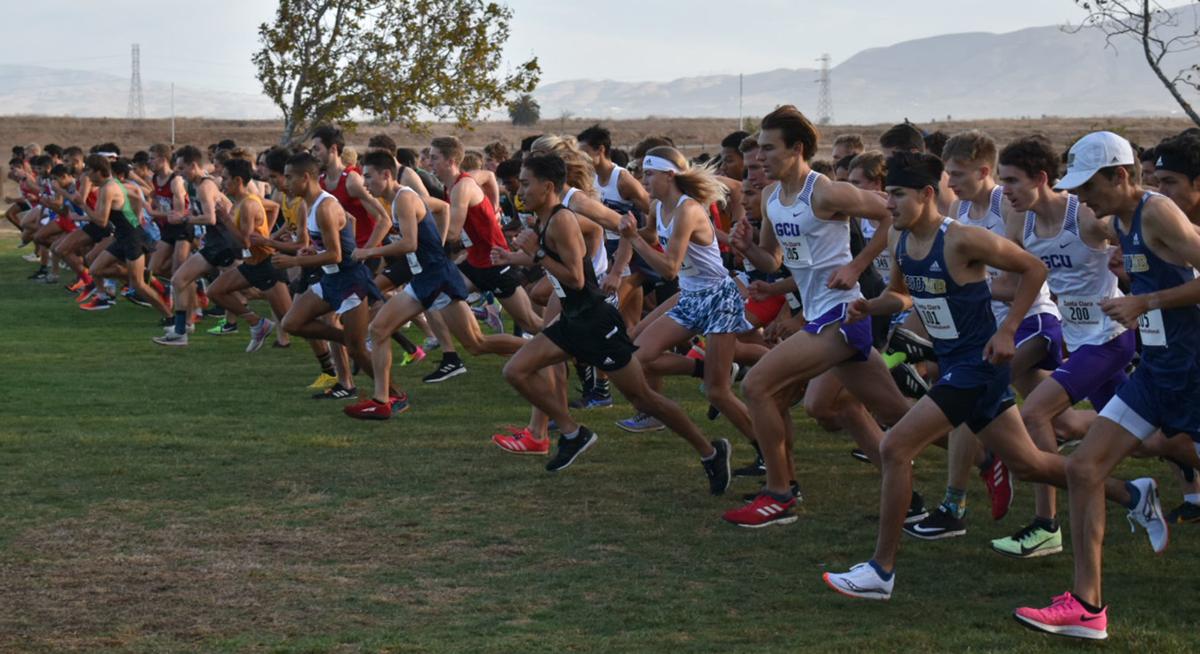 Men fire from the start line on Nov. 1, 2019, during the Mountain West Conference Championships, in Logan, Utah. 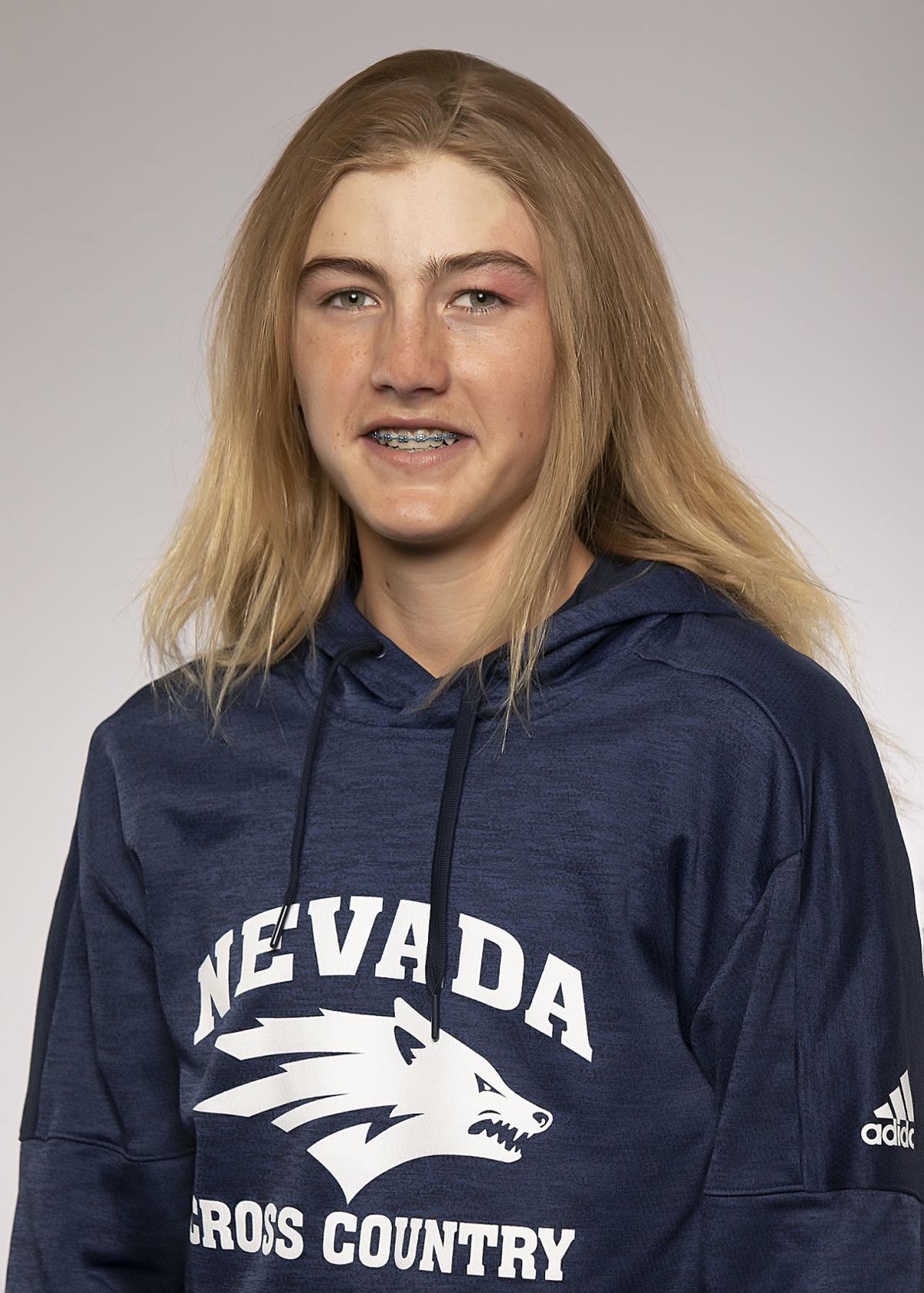 RENO — In its debut season, the University of Nevada cross country men’s team has caught a few people by surprise.

Spring Creek High School Class of 2019 graduate George Skivington is one of the reasons the Wolf Pack finished a little better than expected.

Nevada was ranked dead last in the Mountain West Conference pre-championship poll but climbed a rung in the below-freezing temperatures during the MWC Championship — hosted by Utah State University — on Nov. 1, 2019, at Steve and Dona Reeder Cross Country Park, in Logan, Utah.

With 243 points as a team, Nevada took eighth place and led ninth-place Fresno State (276) by 33 points.

The Pack was packed closely, crossing three runners in succession from 59th through 61st.

The young group continued as freshman Massimiliano Swenson crossed 59th with a time of 26:00.6.

Skivington gave Nevada its fourth-best finish in 60th place with a time of 26:07.1, freshman Carson Leavitt taking 61st in 26:10 — capping the team scoring.

The roster was rounded out with a 63rd-place run from junior Edward Bueso in 26:18.7.

Like the men, Nevada’s women also ranked eighth in the MWC Championship — the Lady Pack closing with 244 points, one behind the men.

Nevada’s athletes will make a push for potential qualifications to the NCAA National Championships on Friday, Nov. 15, during the NCAA Mountain Region Championships, in Salt Lake City, Utah, one of nine regional meets on the day.

The event will once again be hosted by Utah State, the women running at 11 a.m. MST and the men firing off the line at noon MST at Rose Park Golf Course.

The men’s race will be a 10K event, Nevada’s first at that distance after a bunch of 8K runs.

Women will also take a longer jaunt, competing in a 6K race after primarily competing at 5K distances.

Better than the best: Lady Spartans win 3A track and field state title

FALLON — On top of the podium.

Hello, Anderson – how’s the weather up there?

TAYLORSVILLE, Utah – A Spring Creek High School record that has been set in stone for nearly two decades fell Saturday during the Taylorsville…

BOISE, Idaho – While most of Spring Creek’s success at the prestigious Nike Boise Relays came from the girls, a Spartan also hurled his name t…

SPRING CREEK – The season may have started a week later than expected, but the track and field year is officially underway for local athletes.

SPRING CREEK – After each notching successful performances during the 2018 Division 3A Nevada State Track and Field Championships, the Spring …

CASA GRANDE, Arizona – Thanks to posting the fastest-overall team time at the Division 3A Nevada State Cross Country Championships, the Spring…

BOULDER CITY – Many of the best runners in Nevada reside in the northeast corner of the state.

RENO – Halloween’s in the air, and the Elko boys and Spring Creek girls cross country teams have already scared the competition.

ELKO – The Elko Invitational cross country meet saw a little bit of everything Thursday – sun, shade, a championship for each local 3A school …

WINNEMUCCA – At the Lowry Invitational cross country meet, the Spring Creek programs doubled up with first-place varsity finishes, one coming …

SACRAMENTO, California – In one of the toughest cross country meets in the West, the Spring Creek girls turned in another impressive performance.

POCATELLO, Idaho – Although the name “Ross” in Ross Park may seem like a boy’s name, Spring Creek’s girl runners provided some blistering time…

MURRAY, Utah – At the Murray Invitational cross country meet, the Spring Creek athletes ran as well as anyone – big or small programs.

Nevada's Geroge Skivington, middle, runs between a pair of teammates during the Mountain West Conference Championships, in Logan, Utah.

Men fire from the start line on Nov. 1, 2019, during the Mountain West Conference Championships, in Logan, Utah.