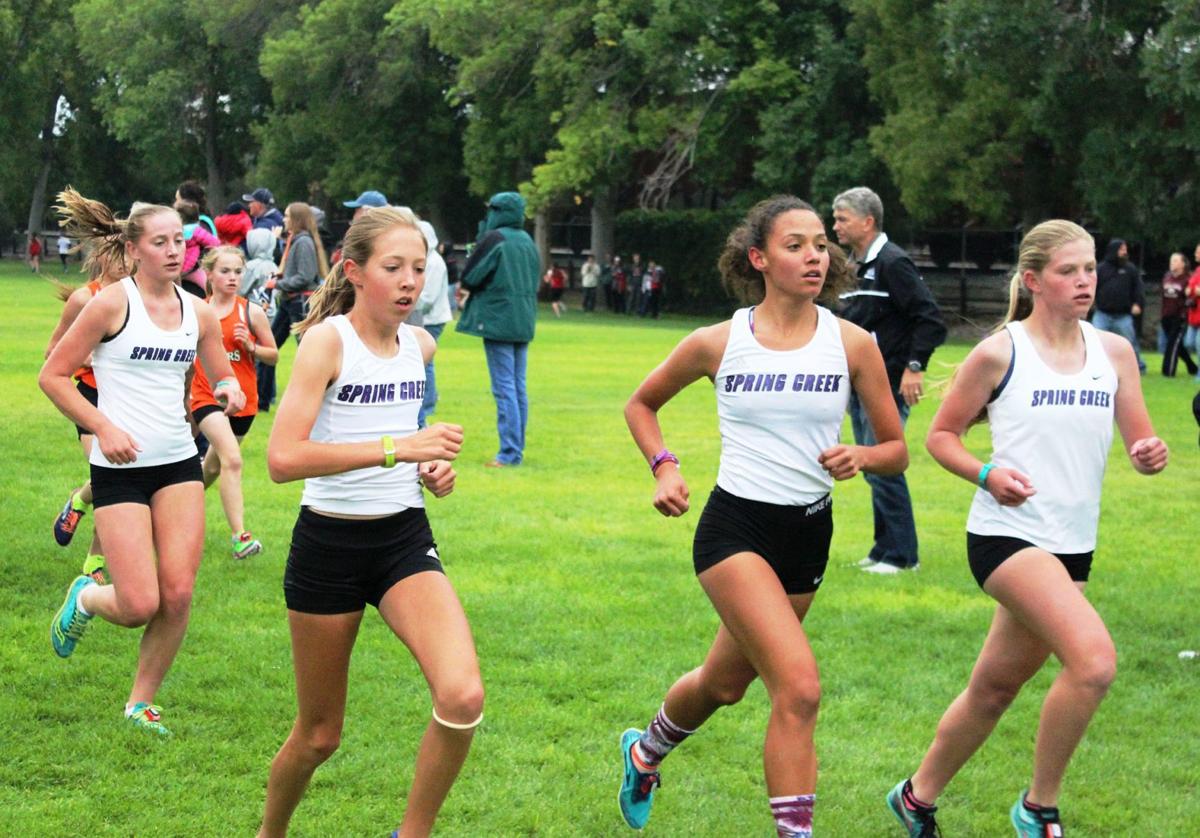 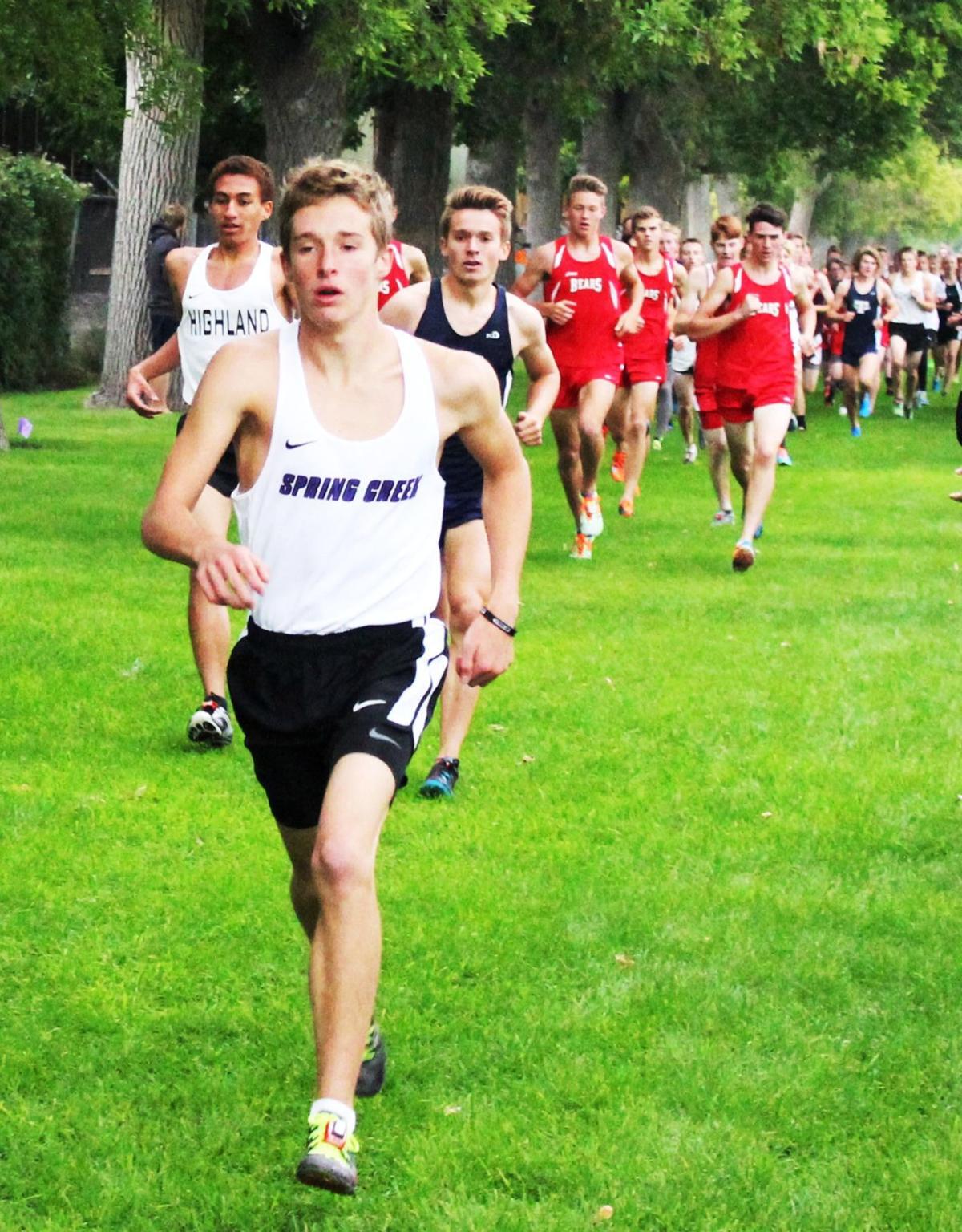 Spring Creek senior William Fallini-Haas leads a pack of runners Friday during the Century Challenge in Pocatello, Idaho. Fallini-Haas placed second overall and the Spartans finished second as a team.

The varsity was once again led by William Fallini-Haas, who took second place in the race, out of 87 participants.

Spencer Thomas was the next Spartan to earn a placement on the team with a sixth-place finish, followed closely by George Skivington placing seventh.

Sophomore John Hughes was fourth on the team with a 35th-place finish, and Logan Allen rounded out the scoring for the boys with a 38th-place finish.

The girls varsity finished in third place out of 10 teams with Rylie Lusk leading the way with a fifth-place finish. Her freshman sister Kendra was second on the team for Spring Creek finishing in 12th place.

Senior Larissa Mauer was third on the team and finished 14th in the race.

Rosemary Little and Mikkala Perchetti were the next two finishers for the Spartans, finishing 16th and 19th.

Alandra Mauer and Emma Little finished the scoring for Spring Creek at 25th and 26th out of 75 runners in the race.

The girls JV won their race, finishing first out of seven teams.

If you haven't noticed, College of Idaho's Larissa Mauer — a Spring Creek High School Class of 2018 graduate — is tearing up all running surfaces in cross country, indoor track and outdoor track. Check out her achievements and progression here!

Spring Creek senior William Fallini-Haas leads a pack of runners Friday during the Century Challenge in Pocatello, Idaho. Fallini-Haas placed second overall and the Spartans finished second as a team.