Following their first-ever win against Truckee in the league opener on Aug. 30, the Spartans followed with four straight games without finding the win column — three going for losses, the other a tie.

Spring Creek began its home stand Friday with a 5-0 loss to Division 3A North perennial-power Sparks, the Railroaders notching all of their goals in the first half, the Spartans pitching a clean defensive effort in the second half — setting the tone for Saturday’s game against North Valleys.

Against the Panthers, Spring Creek bounced back into the win column with a 2-1 victory.

The Spartans commanded the action and the flow of the contest from the onset, finding the go-ahead goal early.

In the 10th minute, Spring Creek put North Valleys on its heels with effective passing.

Carson beat the Panthers’ goalie across his face with a shot to the far-right post for a 1-0 lead.

Spring Creek head coach Tanner Rios said the Spartans did a good job defensively, only allowing three or four shots in the first half.

However, one attempt was thumped — Jacob Rios preserving the one-goal advantage with a good save in the 15th minute.

The Spartans changed up their look, flipping Estrada to the left side and Carson moving to the right.

Carson wound up with a one-on-one with the goalie, who came out of the frame and collided with Carson.

“Their goalie got hurt on the play, so that was a bad thing for them,” coach Rios said. “The game stopped for about four minutes. We kept pressing and gave ourselves a better chance to win the ball and break away. That was the difference in the game for us, our pressure.”

Early in the second half, Spring Creek nearly took a 2-0 lead on a direct kick.

Junior Patrick Pemelton — who figured to be a main component of the Spartans’ defense this season — has been given more offensive opportunities.

“Pat is a good defender, but we have our defense pretty set. He was injured early in the year, but he has some offensive skills,” Rios said. “He’s short but he has some power on his shots.”

From a direct kick with the goalie out of the posts, Pemelton’s boomer narrowly missed.

However, Spring Creek eventually converted for a two-goal cushion.

As the goalkeeper came out of the frame once again, Estrada lifted a shot in the top corner of the frame.

In the 70th minute, the Panthers were awarded a PK — senior Gavin Owens thumping his kick into the net.

“He’s a good player, but he was shut down for most of the game,” Rios said. “I put Noah (Rice) on him, and he did a great job. That was one of the best games I have seen Noah play. Without the PK, we shut them out.”

Carson and Estrada’s goals, combined with the defense, gave the Spartans a much-needed win after a two-week span without a victory.

Spring Creek improved to 2-3-1 in the Division 3A North, dropping North Valleys to 2-3-1 in league play — the Spartans now owning the head-to-head tiebreaker should once occur.

The Spartans will take to the road for their next contest, playing against Lowry (4-2-1 in league) at 5 p.m. Tuesday, in Winnemucca. 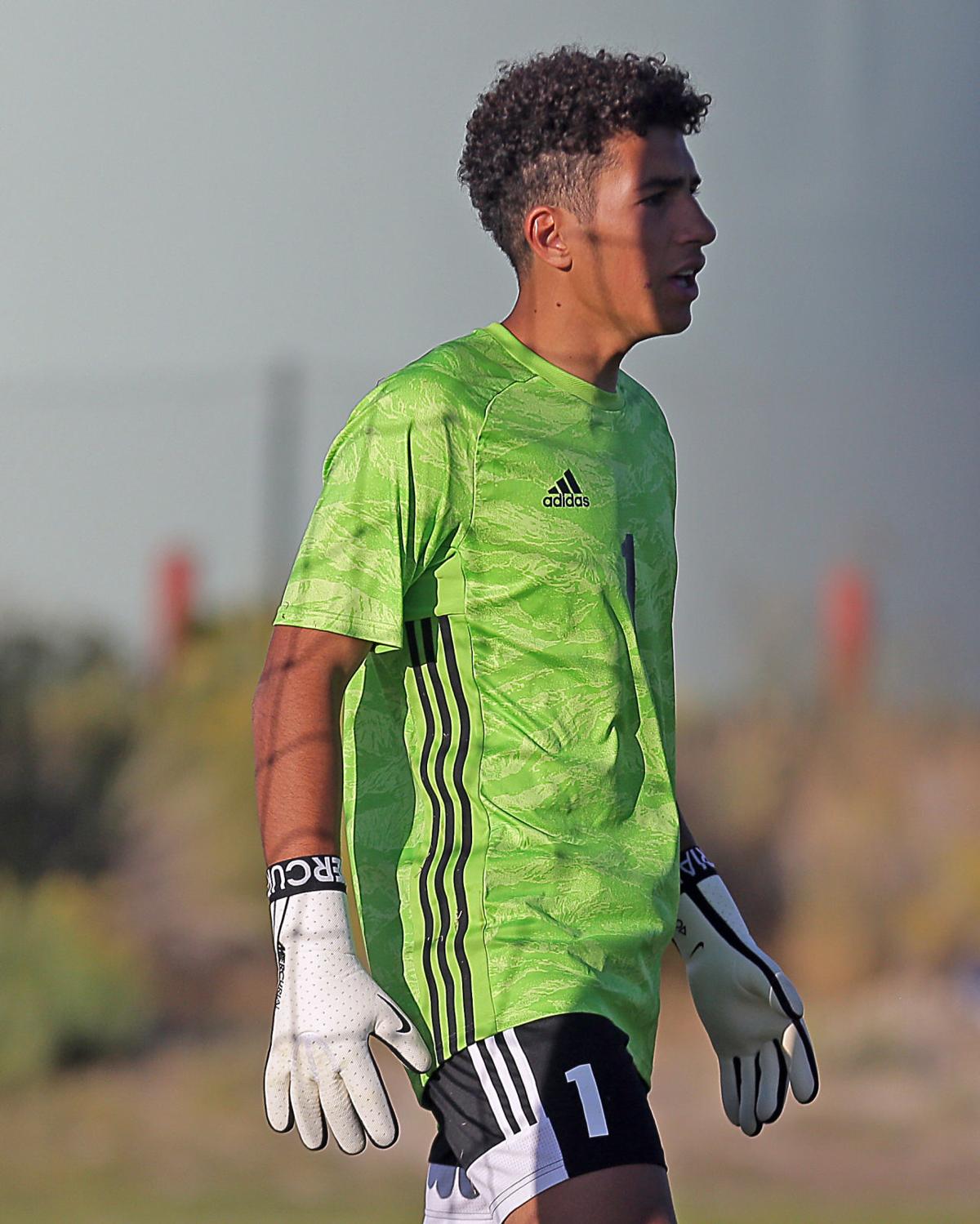 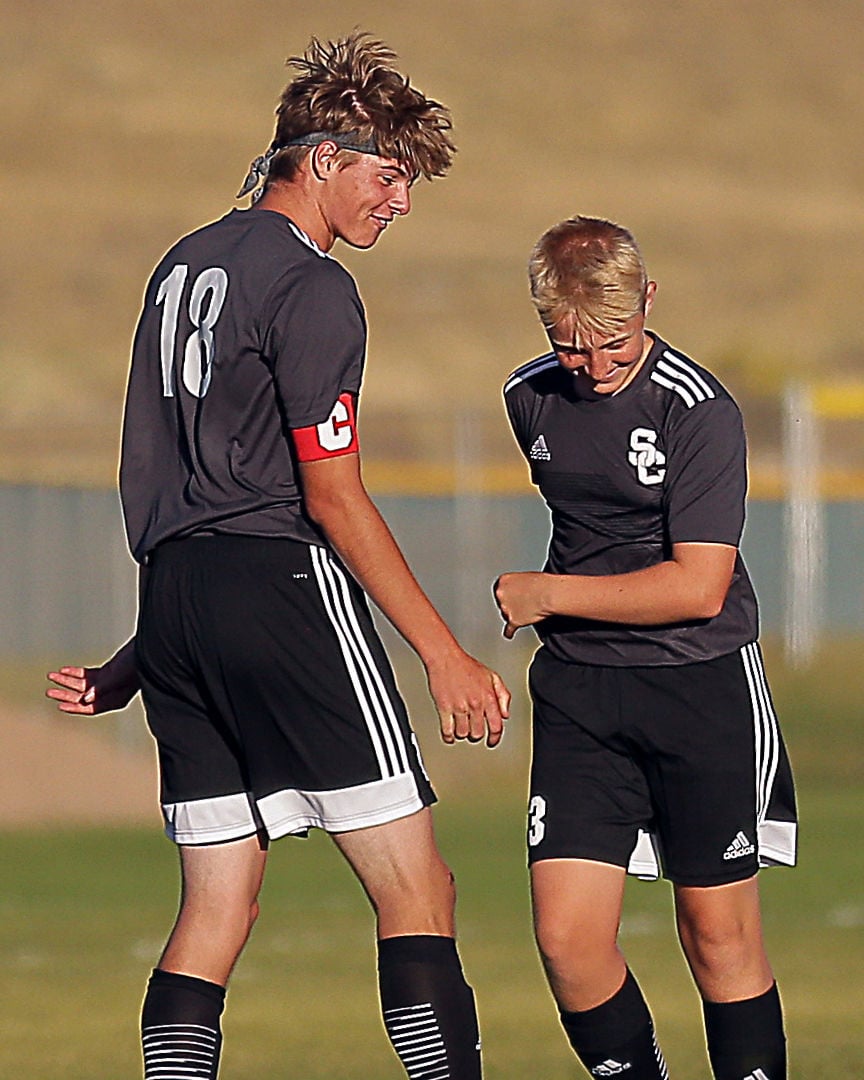 Owen May, right, after goal with Noah Rice 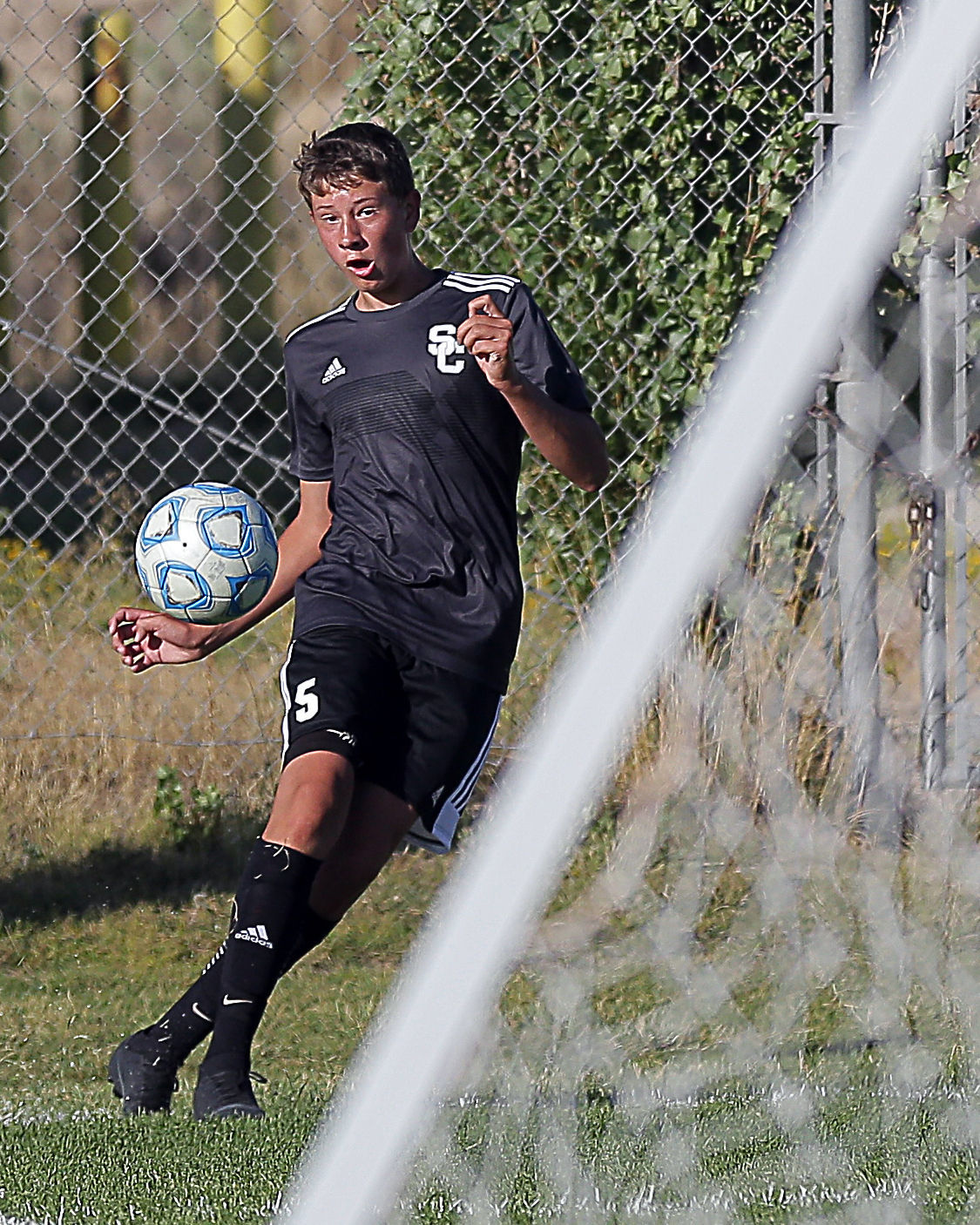 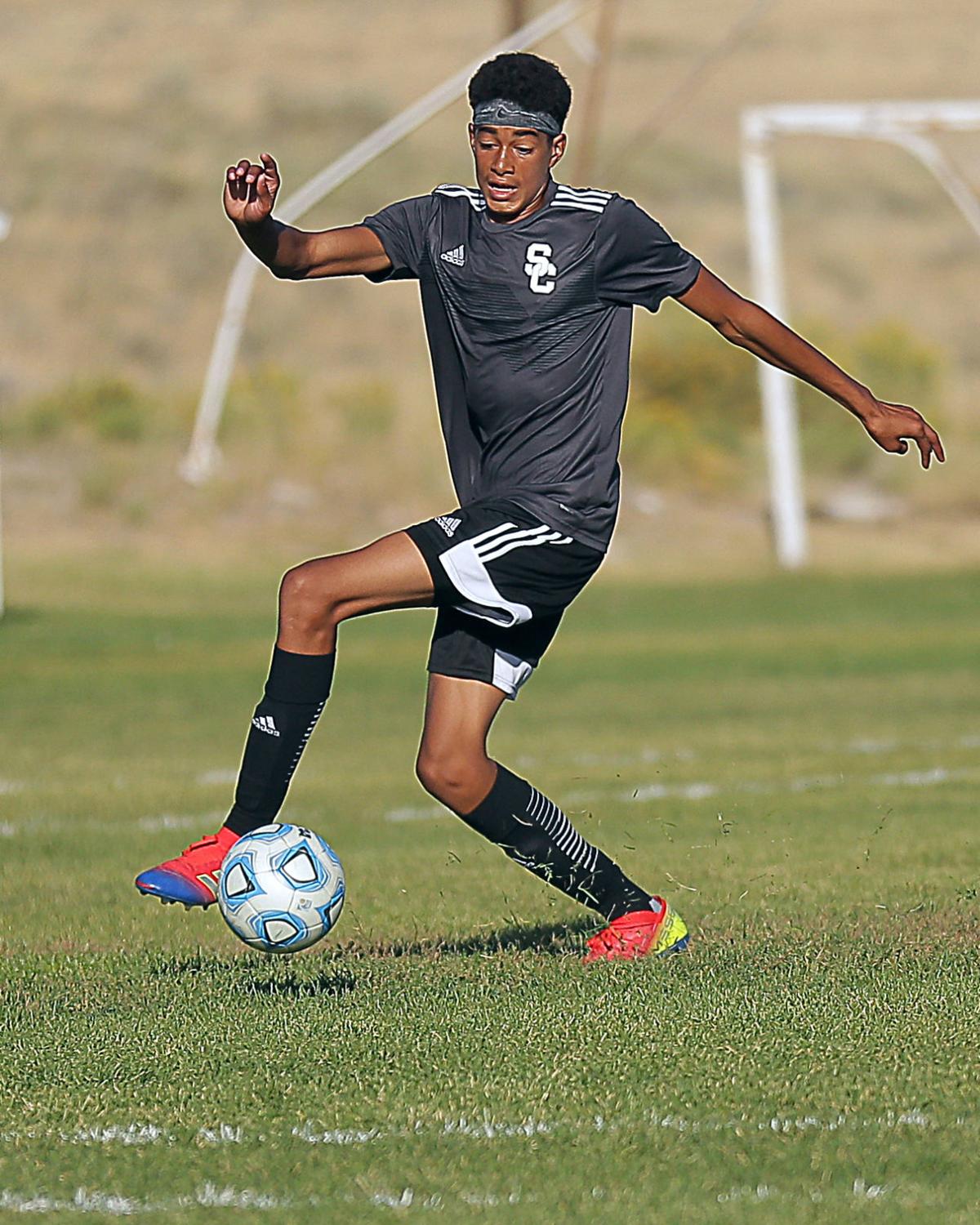 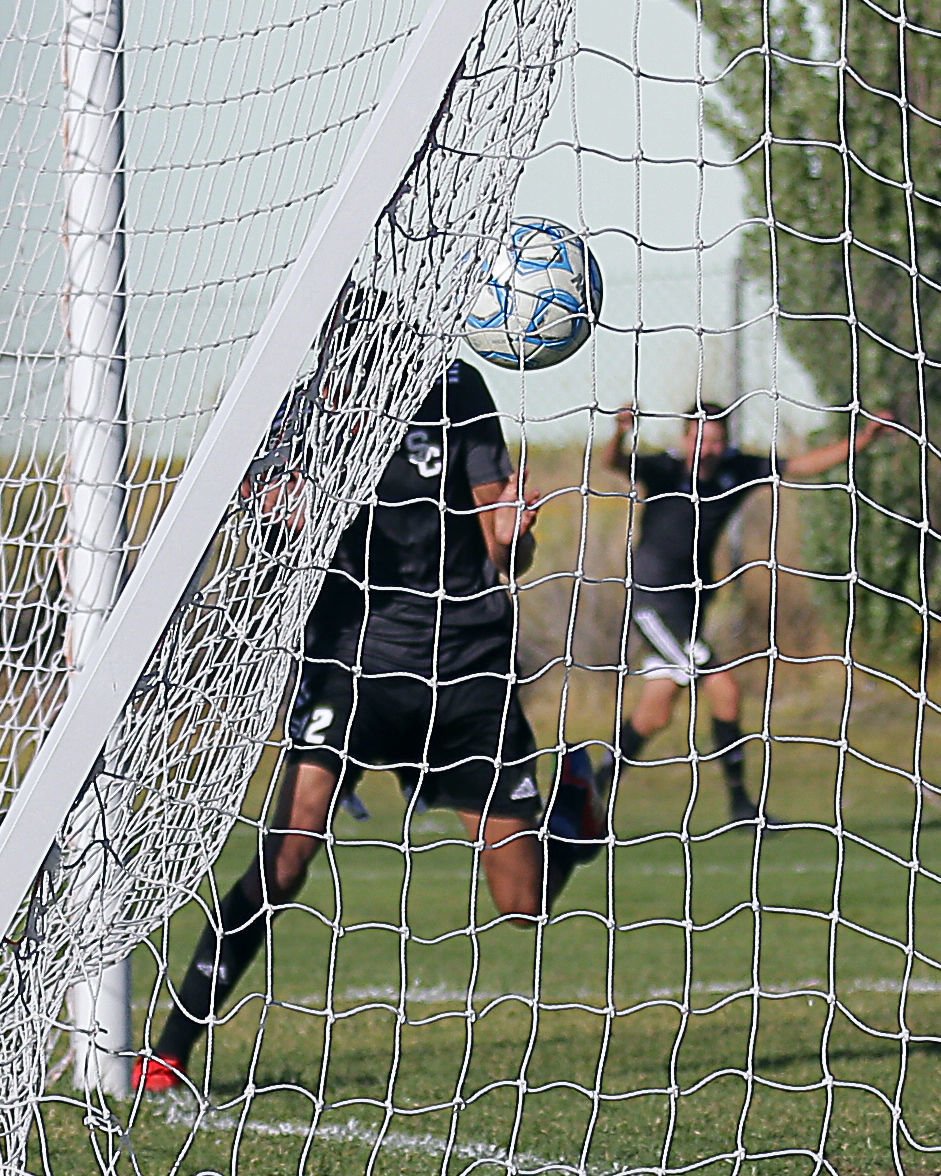 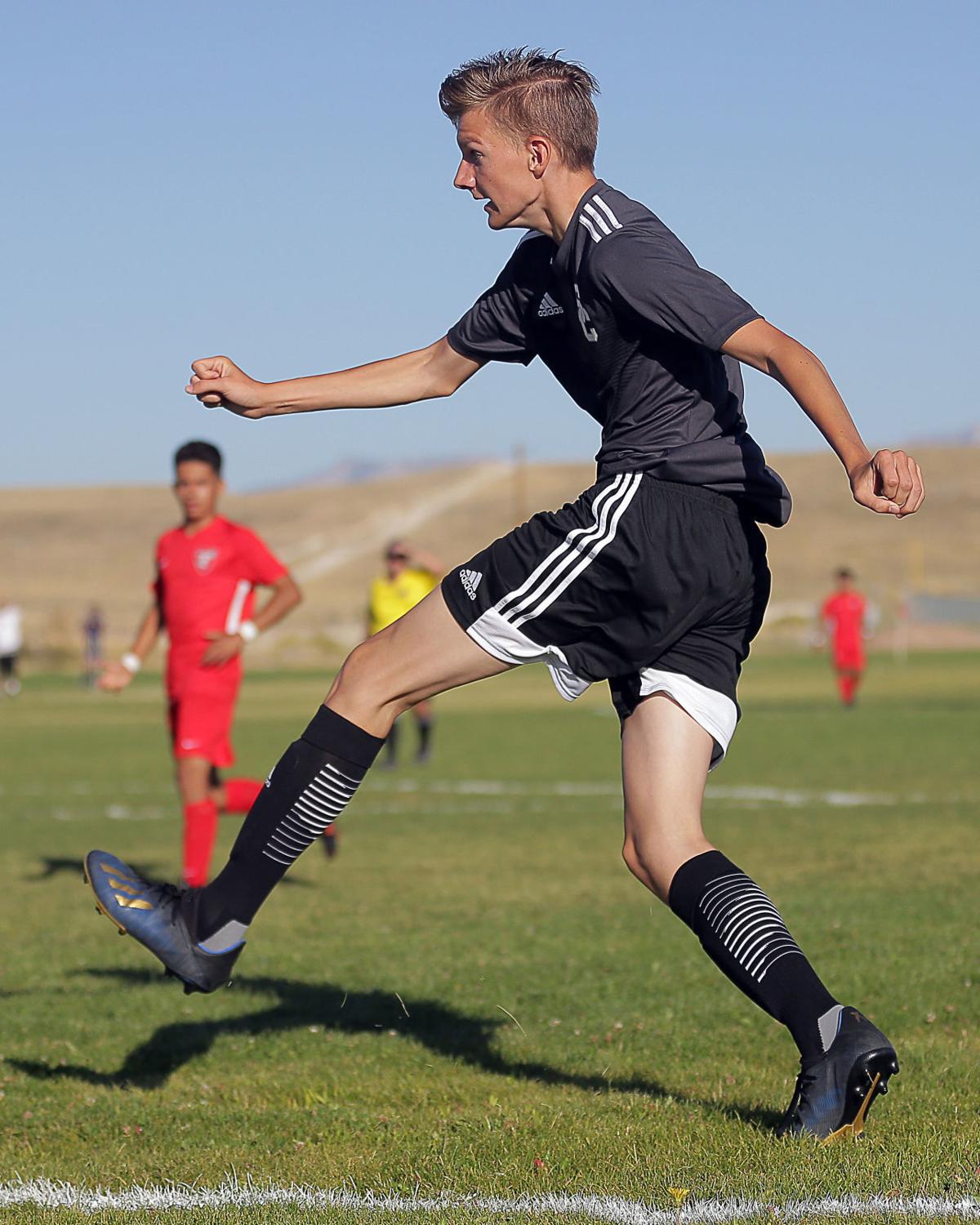 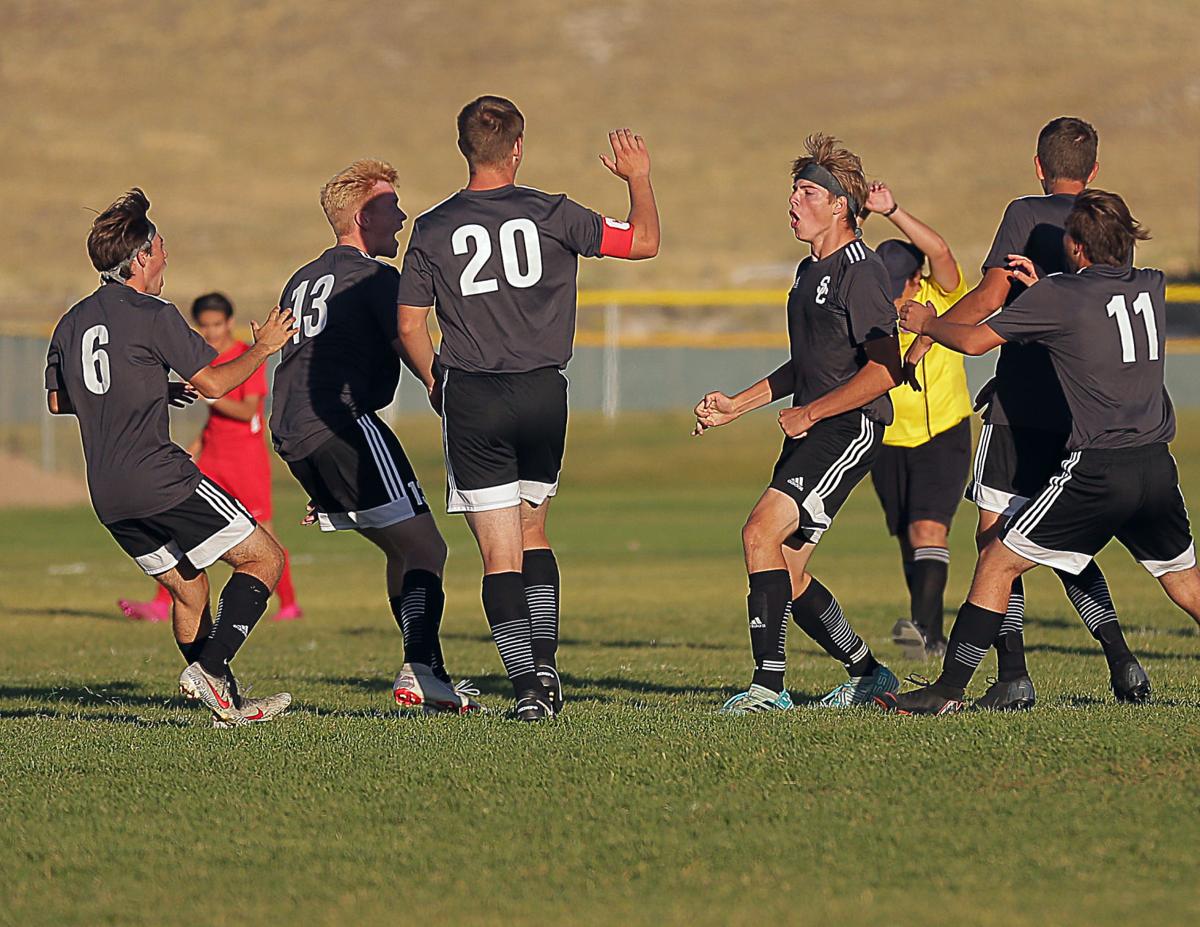 The Spring Creek Spartans celebrate Noah Rice's second goal of the game Friday against Truckee, in Spring Creek. The Spartans pulled off their first-ever win against the Wolverines, blasting Truckee by a final score of 5-0 in the Division 3A North opener for both teams. Spring Creek will look to keep the ball rolling at noon Saturday against North Tahoe.

Owen May, right, after goal with Noah Rice

The Spring Creek Spartans celebrate Noah Rice's second goal of the game Friday against Truckee, in Spring Creek. The Spartans pulled off their first-ever win against the Wolverines, blasting Truckee by a final score of 5-0 in the Division 3A North opener for both teams. Spring Creek will look to keep the ball rolling at noon Saturday against North Tahoe.

SPRING CREEK — A day after beating Truckee for the first time in program history, the Spring Creek boys soccer team felt a swing in emotions.

SPRING CREEK — Truckee has been one of the premiere boys soccer programs of the Division 3A North and the state of Nevada for a long time.

Spartans cost themselves in opener

SPRING CREEK — The first-year head coach of the Spring Creek boys soccer team is making changes, both on the field and in the minds of his players.

The Spring Creek boys soccer team is struggling to find consistent play, needing to close the first half of the league season with a win at 9 a.m. Saturday, in Fallon. The Spartans need to jump up two spots in the 3A North standings for a postseason berth.

Spartans are back in the hunt

FALLON — Despite some inconsistent stretches during the first half of the league season, the Spring Creek boys soccer team is in the hunt for …

The Elko boys soccer team finished the first half of the 3A North season on a two-game winning streak with a 5-0 shutout of Spring Creek on the heels of a four-goal haul by Netu Meles, the Indians currently in sixth place of the league standings and the Spartans in a tie for seventh and eighth.

Spartans bust out the goals in 6-0 win

With a 6-0 blowout win Tuesday over Lowry, the Spring Creek boys soccer team kept its slim playoff hopes alive. The Spartans will need to win out and let the chips fall where they may, hosting Fallon at 4 p.m. Thursday.

The Elko and Spring Creek boys soccer teams will not play in the regional tournament but — despite no playoff appearances — the regular season ended with some fireworks, a far cry from a 5-0 victory for the Indians in the first meeting of the year.

Congratulations to Spring Creek senior Noah Rice on the heels of his commitment to play soccer for Walla Walla University!