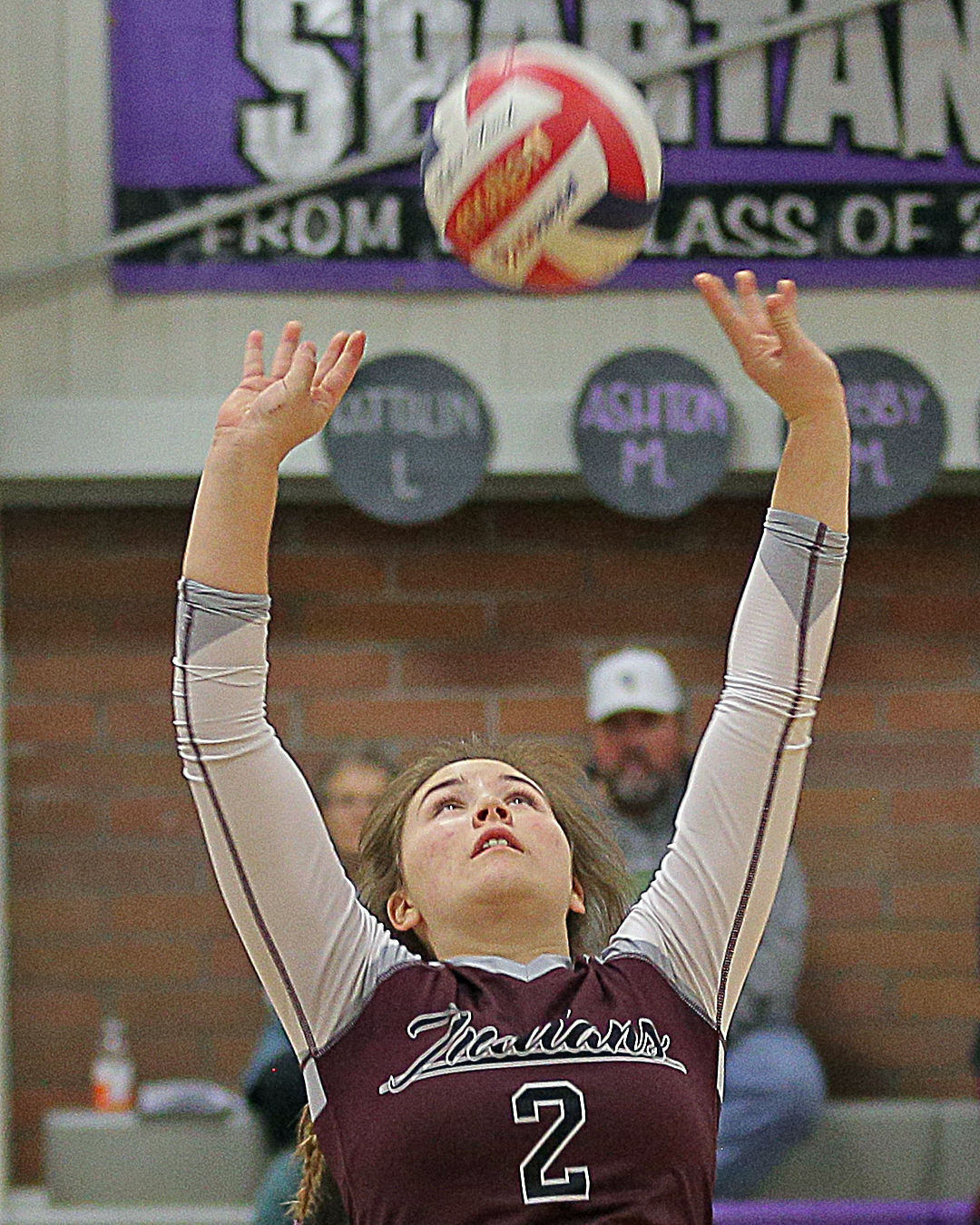 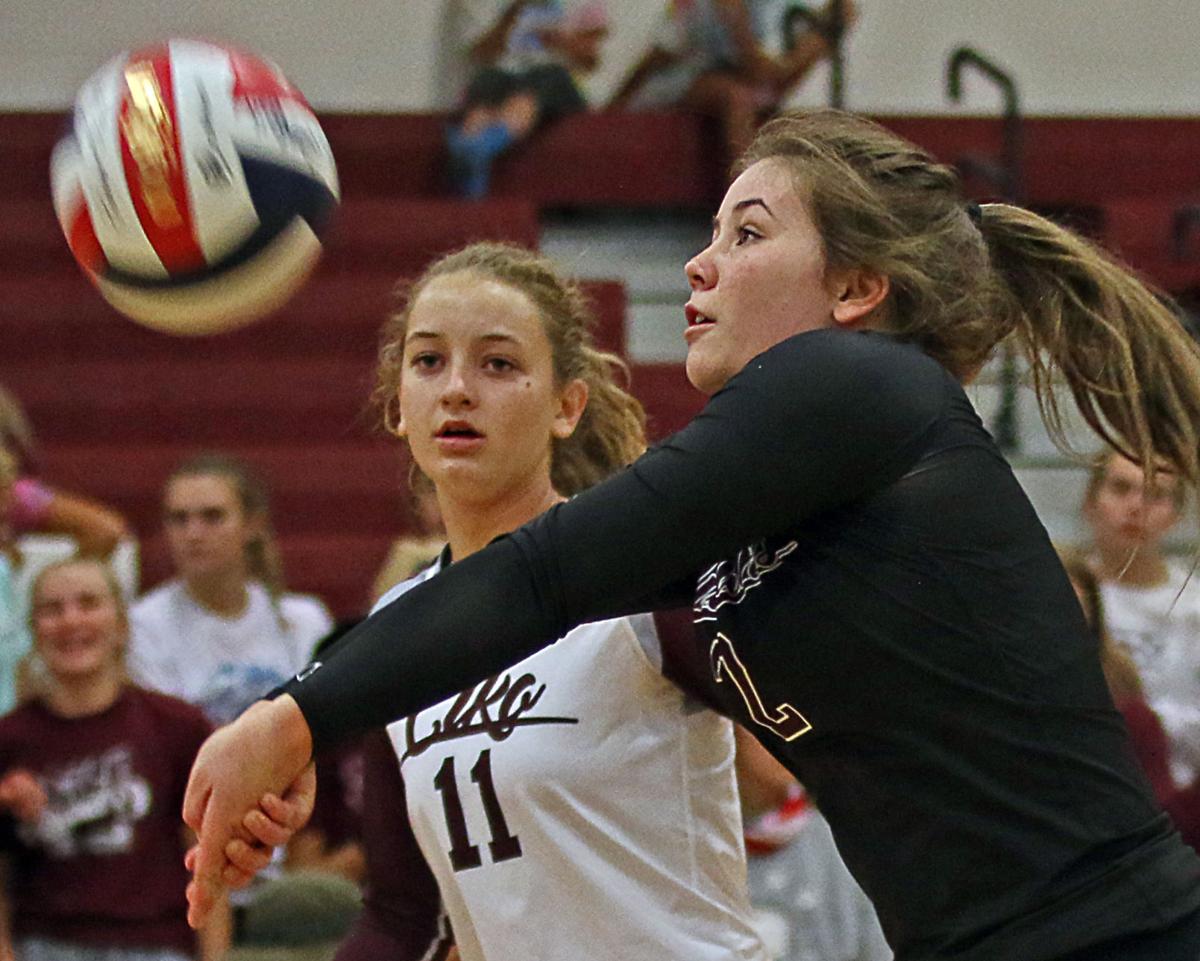 Elko libero Mariah Johnston passes to the front row against Dayton, on Sept. 15, 2018, at Centennial Gymnasium. She finished second on the roster with 11 digs in the match.

ELKO — In Greek mythology, Triton is a god of the sea and Elko senior Mariah Johnston likes the water.

Johnston, who plays volleyball for the Lady Indians, just signed her national letter of intent to play volleyball for Edmonds College, in Lynnwood, Washington, a suburb of Seattle.

Fittingly, the team name is the Tritons.

“They emailed me in the spring and throughout the summer. I went on a visit in October and got to practice with the team for two days. I liked them, they liked me,” Johnston said. “I loved the area. It’s close to the water and the program was really welcoming.”

Luckily for Johnston, there shouldn’t be an expected position change during her transition from high school to the collegiate level.

“I signed as a setter. I will either be there or at libero,” she said.

Johnston has already played both positions for Elko, where she has served a host of responsibilities.

“She is a very hard-working, dedicated, coachable kid,” said Johnston’s and Elko’s former coach, Cammie Nelson. “I had her for two years on varsity, and she played multiple positions for me. She played those so well, I knew I could depend on her wherever I needed her to be.”

As COVID-19 poses a swarm of questions for the upcoming season — the most significant being whether volleyball will be played at all — first-year head coach Jordan Gatlin has had limited experience with Johnston.

“We had open gyms around April or May, a few in the summer and a couple more in the fall — following all the restrictions and guidelines — but we got shut down again,” Gatlin said. “If we have a season, Mariah is going to be our setter. She is a strong leader, has great court awareness and if we ever get in a close game or a type spot, she is who I want the ball to go to.”

While at Edmonds College, Johnston plans to study either journalism or photo journalism.

She doesn’t want her playing days to stop with the Lady Tritons either.

“I plan on playing there for two years and then, hopefully, play at a four-year program,” Johnston said. “I’m looking forward to exploring the area and building a close bond with the team.”

Johnston — while on-campus housing is available — will live off-campus with the other volleyball players in a set of apartments.

For the 2019-2020 season, Edmonds finished with a 28-14 overall record and went 9-3 in league play of the Northwest Athletic Conference.

During her junior season — her second on the EHS varsity — Johnston was named a 2nd-Team All-League selection, serving as a setter and a defensive specialist.

She dished 380 assists, the third-best total in the 3A North.

Behind the service line, she unleashed 27 aces.

As a sophomore, Johnston dug-up 204 shots — the third-best total on the roster — and also ranked third on the team with 112 assists.

She served up and dropped down 19 aces, the fifth-best mark for Elko.

Regardless of whether the Lady Indians play fall volleyball in the spring of 2021, Johnston has already etched her impact on the program and pulled off a collegiate signing during a wild era of high school athletics.

Congratulations to Mariah Johnston on her commitment to Edmonds College and best of luck as she attempts to replicate her success at the next level.

Elko's volleyball season will be one of changes, as head coach Jordan King takes over for her first year at the end of the bench. The Lady Indians, through graduation and voluntary departures, will also hit the court with a young, inexperienced unit.

Elko libero Mariah Johnston passes to the front row against Dayton, on Sept. 15, 2018, at Centennial Gymnasium. She finished second on the roster with 11 digs in the match.