Get the latest in your inbox!

We're delivering updates and highlights on the Summer Olympics daily to your inbox, including What to Watch, live coverage, schedules and medal counts.

From a prodigiously talented 15-year-old to the most decorated female skier of all-time, Mikaela Shiffrin has done quite a lot in only 12 years.

The American skier won her record-breaking 83rd victory Tuesday in her 238th race on the World Cup circuit, the globe-trotting competition for the best skiers on the planet.

Shiffrin, who broke a tie with former teammate Lindsey Vonn by winning a giant slalom in Italy, has also won two Olympic gold medals and one silver, plus six world championship titles and five more medals from that biennial competition.

But it is her World Cup career — and now her pursuit of Ingemar Stenmark’s once mythical total of 86 wins — that has made her one of the greatest skiers in history.

Shiffrin’s racing career on the World Cup circuit started two days before her 16th birthday in March 2011 in the Czech Republic. Wearing bib No. 46 in a giant slalom, she finished outside the top 30, meaning she didn't qualify for a second run.

Her first slalom, the discipline she would come to dominate with 51 victories, was the next day and again she finished outside the top 30.

Shiffrin’s first podium came in December 2011. Wearing bib No. 40, she was third behind ski greats Marlies Schild, a childhood idol, and Tina Maze.

Incredibly, Shiffrin won the World Cup slalom title that season, adding two more wins before a dramatic World Cup Finals race in Lenzerheide, Switzerland. A spectacular second run overhauled a 1.17-second lead by Maze, who had a record-setting season but was left distraught after losing to a rival who turned 18 three days earlier.

Shiffrin won five season-long World Cup slalom titles in six seasons. The streak was broken after a December 2015 injury in Are during race warmups.

The inevitable first overall World Cup title came at the age of 22 in the 2016-17 season when Shiffrin won 11 races.

It was the start of three straight titles. The next season included a first downhill win in Lake Louise, Canada — in only her fourth start.

In January 2020, she looked set for a fourth title, taking a 370-point lead after two speed race wins in Bansko, Bulgaria. Then family tragedy struck.

Shiffrin’s mother, Eileen, has always traveled with her in an entourage of coaches and mentors. Her father, Jeff, was a familiar sight at races, readily recognizable with a bushy mustache taking photographs around the finish area.

In February 2020, Jeff Shiffrin died after an accident at the family home in Colorado.

Shiffrin flew home from Europe to begin a grieving process she has been frank and open about. After skipping several weeks of races and losing her lead in the standings, her scheduled return was halted by the COVID-19 pandemic, which ended the season.

A foundation to help young skiers was set up in her father's name, the Jeff Shiffrin Athlete Resiliency Fund.

Shiffrin then won a fourth overall World Cup title last year, bouncing back from a disappointing showing at the Beijing Olympics.

She is now set to earn a fifth giant crystal globe in March with a clear lead fueled by nine victories this season following Tuesday's win.

At 18, Shiffrin stepped on the Olympic stage like she belonged there.

A fifth-place finish in the giant slalom at the 2014 Sochi Games preceded a dominating wire-to-wire win in slalom. Shiffrin finished more than a half-second ahead of Schild, the best slalom skier in the world at the time.

Four years later in Pyeongchang, Shiffrin took gold in giant slalom a day before her fourth-place finish in slalom. She later took silver in Alpine combined, a race made up of a downhill run and a slalom run.

Shiffrin was expected to be the star of the 2022 Beijing Olympics with medal hopes in all five women's events. What happened next was bewildering even to her.

Shiffrin skied out of the giant slalom and slalom within a few seconds of each run, did not truly contend for a medal in downhill and super-G, and failed to finish the slalom in Alpine combined.

She will still be only 30 when the 2026 Milan-Cortina Olympics roll around. Women’s races are scheduled for Cortina d’Ampezzo, where she won four medals at the 2021 world championships.

Shiffrin’s first worlds-level race was at the 2011 juniors in Crans-Montana, Switzerland, when she was still only 15. Racing in slalom with a cold, she placed third behind two rivals both four years older.

Starting in 2013, Shiffrin won four straight world titles in slalom. The streak ended with bronze in 2021 in Cortina, but she took home four medals from that event, including gold in Alpine combined.

The combined was her sixth world title. In total, she has 11 medals from 13 events at the worlds. The other two results were top-10 finishes in giant slalom as a teenager.

The next world championships begin on Feb. 6 in the French resorts of Courchevel and Meribel. Five more medals could be in play.

Get the latest in your inbox!

We're delivering updates and highlights on the Summer Olympics daily to your inbox, including What to Watch, live coverage, schedules and medal counts.

Shiffrin still has plenty of chances to break Vonn's record

American skier Mikaela Shiffrin's pursuit of a record-breaking 83rd World Cup victory is still on hold. Shiffrin finished seventh 0.39 seconds behind winner Ilka Stuhec on the course that will be used for the 2026 Milan-Cortina Olympics.

Knierim and Frazier back at US figure skating championships

Olympic pairs skaters Alexa Knierim and Brandon Frazier are headed back to the U.S. championships after missing last year's event when he tested positive for COVID-19. The pair went on to great success, helping the Americans win a team medal at the Beijing Games before capturing the world championships. But their long wait to return to nationals ends Thursday night, when they step on the ice in San Jose, California. Ilia Malinin is the heavy favorite to win the men's event, Isabeau Levito is favored in the women's competition and Madison Chock and Evan Bates are the ice dance team to watch.

Shiffrin's chase of record 83rd win moves on to next resort

American skier Mikaela Shiffrin’s pursuit of a record 83rd World Cup win will move on to the next stop on the circuit. Shiffrin finished seventh in the super-G, 0.62 seconds behind race winner Ragnhild Mowinckel on the course that will host the 2026 Milan-Cortina Olympics. 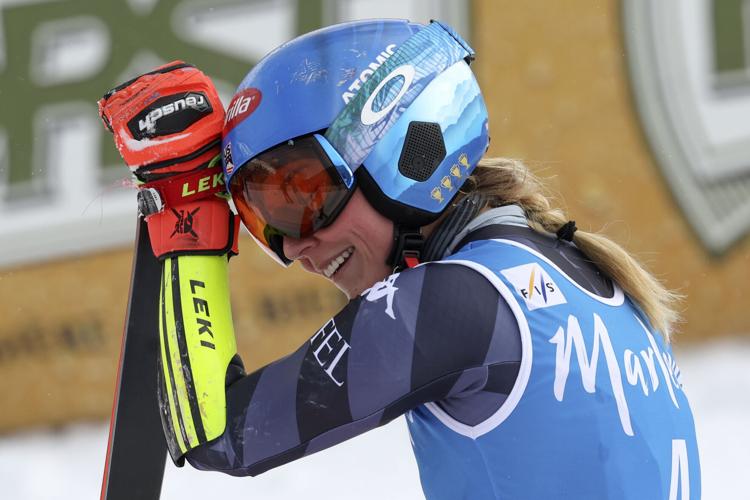 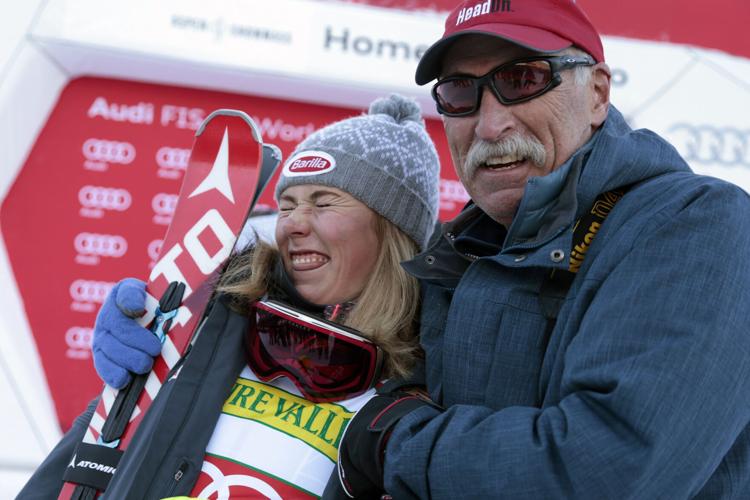 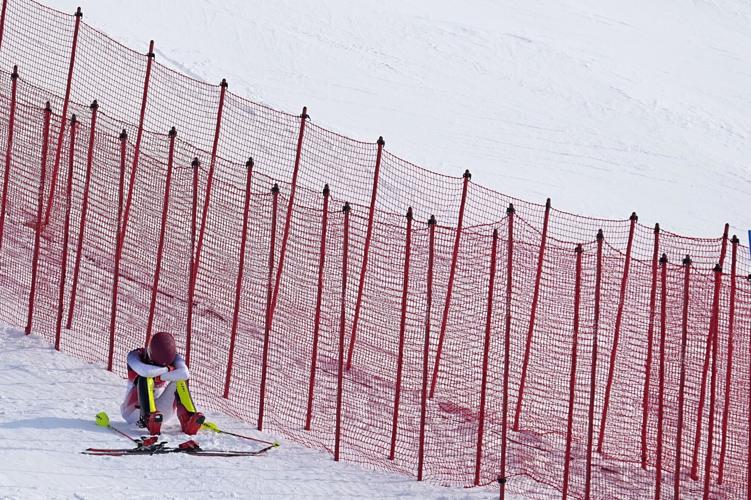 Mikaela Shiffrin sits on the side of the course after skiing out in the first run of the women's slalom at the 2022 Winter Olympics last February.